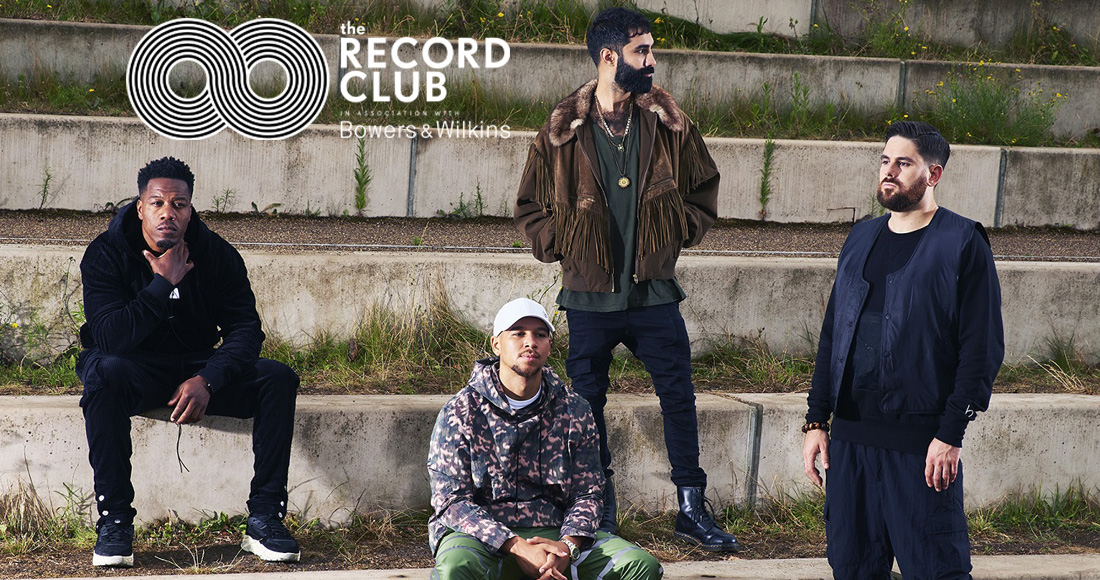 Rudimental are lined up as guests for the next episode of The Record Club with Bowers & Wilkins.

The drum and bass four-piece are on course for a Top 10 debut with their new album Ground Control, and will join Jess Iszatt to talk all about the collection on Wednesday, 15 September from 6.30pm.

Fans are encouraged to order a copy of Ground Control from their local record shop, give it a spin and tune in live on the night with their questions for Rudimental. One lucky commenter whose question is asked will win a pair of Bowers & Wilkins PX7 over-ear noise-cancelling headphones.

Rudimental have had lots of success on the Official Charts, with their 12 Top 40 singles including three Number 1s: Feel The Love ft. John Newman, Waiting All Night ft. Ella Eyre, and These Days with Jess Glynne & Macklemore. They've also earned two Number 1 albums.

See all of Rudimental's hit songs and albums on their Official Chart history.