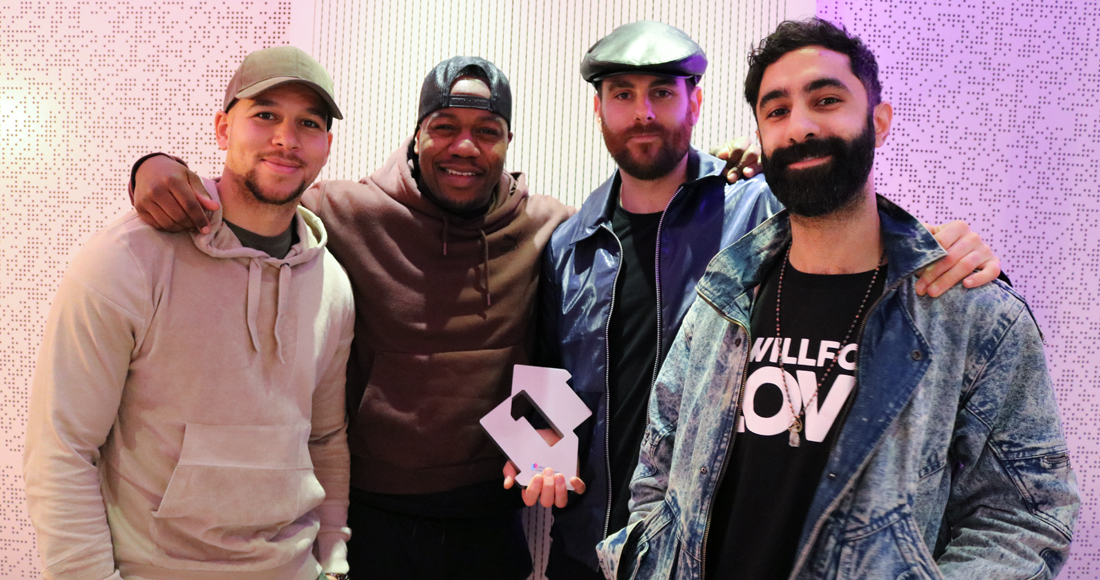 After a mammoth seven consecutive weeks at Number 2 – a record jointly held with Maroon 5’s Moves Like Jagger - the group’s latest track These Days ft. Jess Glynne, Macklemore and Dan Caplen climbs a place to become their third Number 1.

Rudimental told OfficialCharts.com: "It feels amazing! The fact the fans are still sticking by us and keeping our song in the charts for as long as they have is amazing. A massive thank you to all the fans who are supporting us out there.”

The Hackney-based quartet previously topped the Official Chart in 2012 with Feel The Love ft. John Newman and in 2013 with Waiting All Night ft. Ella Eyre. Check out Rudimental’s complete Official Chart history here.

Following the release of his chart-topping new album Staying At Tamara’s, George Ezra’s Paradise climbs from 5 to Number 2 – his highest charting single to date after his debut single Budapest topped out at 3 in 2014. Another album track, Shotgun, is new at Number 35.

Elsewhere in the Top 5, US rapper and comedian Lil Dicky cracks the Top 10 with Freaky Friday ft. Chris Brown, racing 11 places to Number 5.

Sigala & Paloma Faith’s Lullaby lifts three spots to 9, earning the producer his sixth Top 10 and Paloma her fifth, while Canadian singer-songwriter Shawn Mendes scores the two highest new entries of the week following his double release – In My Blood opens at Number 13 and Lost In Japan is at 27.