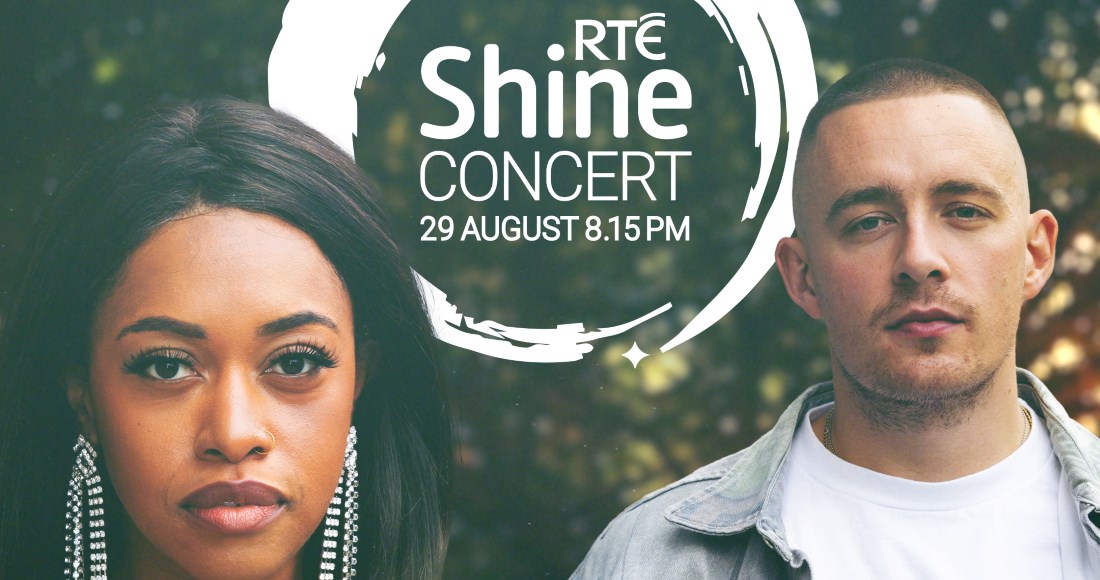 Airing on RTÉ One on Saturday August 29th at 8:15pm, musicians and spoken word artists will take part in the concert which follows lockdown broadcasts across the RTÉ network Shine Your Light, Songs From An Empty Room and Other Voices: Courage.

The broadcast is headlined by the chart-topping Dermot Kennedy and 2020’s highest-charting female on the Official Irish Homegrown Chart Denise Chaila performing alongside the RTÉ Concert Orchestra at the National Concert Hall.

MORE: The biggest Irish Homegrown songs and albums released in 2020 so far

Watch their beautiful performances on RTÉ One next Saturday, 29th August at 8:15pm. ✨#RTEShine pic.twitter.com/49ToYhHgCd

The one-time event will be followed the next day (August 30) by the RTÉ Player exclusive Shine On, an RTÉ Player exclusive with extra performances from Dermot and Denise, plus a behind-the-scenes look at Shine with backstage interviews. RTÉ Radio 1 will also present highlights at 4pm the same day.