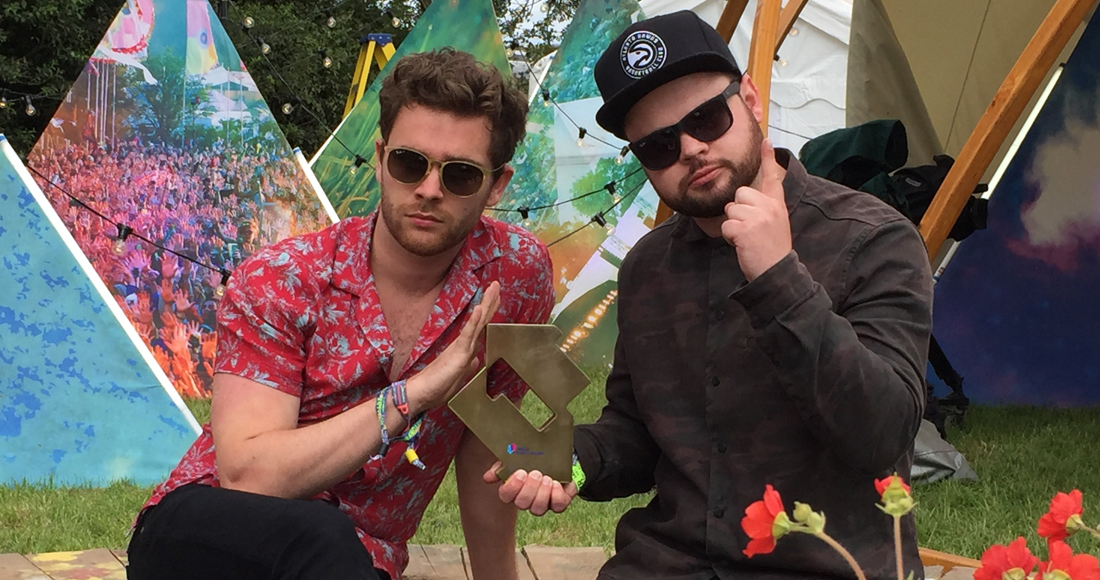 Royal Blood take the crown at the top of the Official Albums Chart this week with sophomore album How Did We Get So Dark?

Speaking to OfficialCharts.com just before taking to the Pyramid Stage at Glastonbury, the band were pretty overwhelmed: "Wow. Just wow....can we just say, thank you so much.”

The Brighton duo's self-titled debut was the fastest-selling rock debut in three years when it hit the top back in August 2014, and its follow-up has also made an impressive showing, finishing almost 22,000 combined sales ahead of nearest rival Ed Sheeran.

Nickelback are new at 3 with ninth studio album Feed the Machine, and Lorde’s second album Melodrama goes in at 5.

Fleet Foxes return after a six-year gap with Crack-Up, new at 9, while indie veterans Ride are back after an even-longer hiatus – 21 years – with Weather Diaries, new at 11, and Alison Moyet is right behind them at 12 with Other. ELO's All Over The World rockets 58 spaces to land at 13.

Americana stars Jason Isbell & The 400 Unit are new at 26 with The Nashville Sound, and David Bowie scores two re-entries with Cracked Actor and The Rise and fall of Ziggy Stardust, going in at 27 and 29 respectively.

Some more classics on their way back up the chart include Fleetwood Mac's Rumours, climbing 12 spots to 33, Guns N Roses' gigs at the Olympic Stadium lift their Greatest Hits 40 slots to 34, and the Stone Roses' self-titled debut from 1989 rises 22 places following their live shows in the UK.