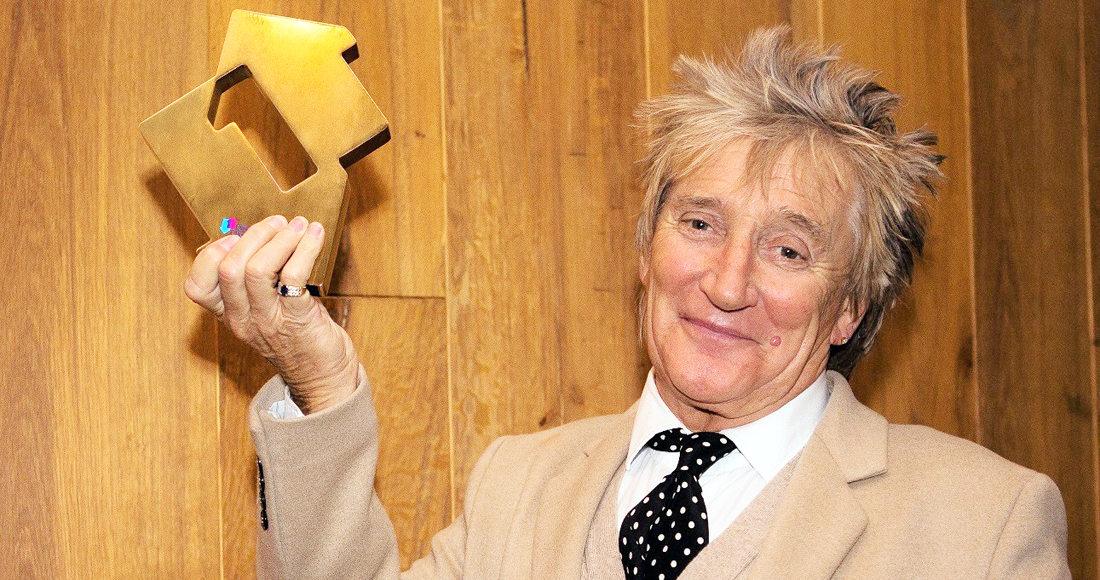 Rod the Mod first hit Number 1 with third album Every Picture Tells A Story in 1971, and 47 years later his 30th studio album Blood Red Roses claims the top spot with over 41,000 combined sales.

Speaking to OfficialCharts.com, a delighted Rod said: "Thank you to the great British public for making Blood Red Roses Number 1. I’m grateful, I’m humbled and feel like I just scored the winning goal in front of the home crowd." Look back at Rod Stewart's full UK chart history

And what a shot it was! Rod's success ends Eminem's month-long reign at the top with Kamikaze, which slips to Number 4. Coincidentally, Rod is now level with Eminem for number of chart-topping albums in the UK, alongside ABBA and Queen. See the acts with the most Number 1 albums

Rod isn't the only pop veteran in the Top 2 this week: living legend Cher has achieved her best opening week for sales in 20 years, since 1998's Believe album. Dancing Queen, Cher's covers album of ABBA classics, goes straight in at Number 2, her highest charting album since she spent seven weeks at Number 1 with her Greatest Hits in 1992.

DJ and producer Sigala's debut album Brighter Days starts at 13; Irish rockers Kodaline are new at 15 with Politics of Living; and American rapper and songwriter Logic goes in at 19 with YSIV.

American blues singer Seasick Steve's Can U Cook? goes in at 27; Irish duo Foster & Allen's Putting on the Style is new at 29; and Joe Strummer 001, a collection of the late Clash lead vocalist's rare and unreleased material, is new at 30.

Soft Cell's singles collection Keychains and Snowstorms is a new entry at 34, Tom Petty retrospective An American Treasure starts at 38, and London rapper and singer Kojo Funds is a brand new entry at 40 with his debut album Golden Boy.