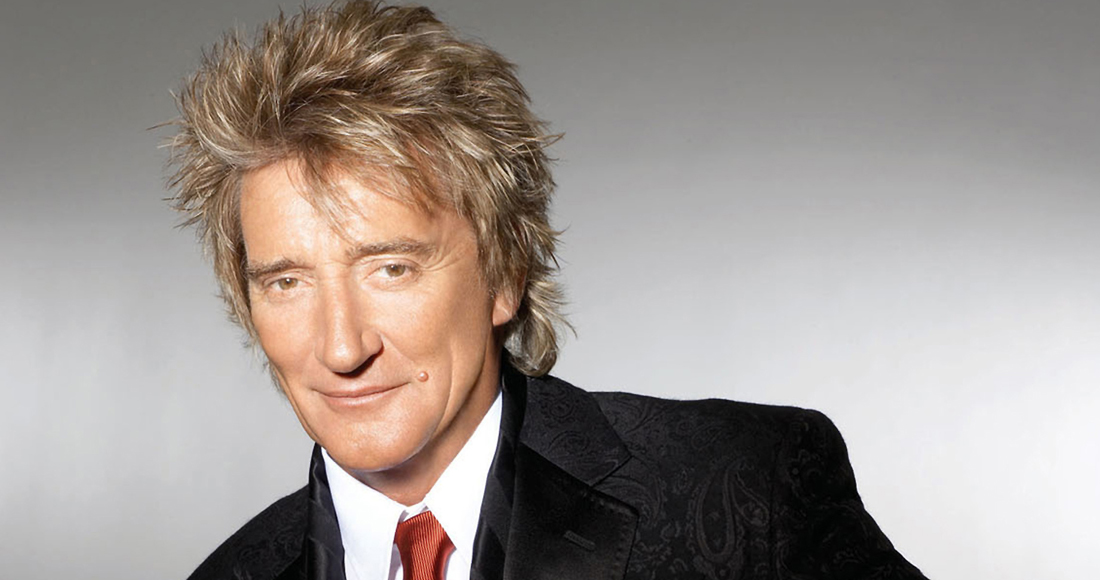 Rod Stewart will be celebrating tonight as the British music icon sails home with his first Number 1 album in nearly 40 years!

Time, the follow up to Christmas album, Merry Christmas, Baby, is Rod’s first full studio album of self-penned songs in over two decades and was inspired by the process of writing his recent best-selling autobiography. His long-awaited return to his songwriting roots has delivered Rod his eighth UK Number 1 album, finishing the week 20,000 copies clear of the competition.

A legend of the UK’s Official Singles and Albums Charts, and an estimated 150 million sales worldwide, Time is Rod’s first chart topping studio album since A Night On The Town in 1976, and his first Number 1 album of any kind since his Greatest Hits Volume 1 in 1979.

Rod now holds the British record in terms of the longest gap between chart topping albums. The previous British record holder was Tom Jones who topped the chart in 2000 with Reload, nearly 32 years after Delilah. US singer/songwriter Bob Dylan holds the overall with 38 years between 2009's chart-topping Together Through Life and 1970's New Morning.

Rod tells OfficialCharts.com: “Well, knock me down with a feather. Just goes to show there’s still plenty of songs left in the old violin. Thank you!”

Martin Talbot, Managing Director of the Official Charts Company, adds: "It is a remarkable achievement by Rod to reach a total of 15 Number 1s. He truly is a legend of the Official Singles and Official Albums Charts."

20-year-old UK singer/songwriter Gabrielle Aplin makes her Official Albums Chart debut at Number 2 with English Rain this week. English Rain features Gabrielle’s Number 1 hit The Power Of Love - the hauntingly beautiful cover of Frankie Goes To Hollywood’s 1984 classic, which shot to the top of the charts back in December of last year after featuring on the John Lewis Christmas TV ad.

US indie rockers Vampire Weekend have matched the success of 2010’s Contra with new offering, Modern Vampires Of The City entering at Number 3, while Caro Emerald’s The Shocking Miss Emerald slips three places to 4, and Rudimental’s Home completes the Top 5.

It is a double celebration this weekend for the former ABBA vocalist, as the Official Charts Company this morning announced that ABBA Gold has now overtaken The Beatles’ Sgt. Pepper's Lonely Hearts Club Band to become the UK’s second biggest selling album of all time.