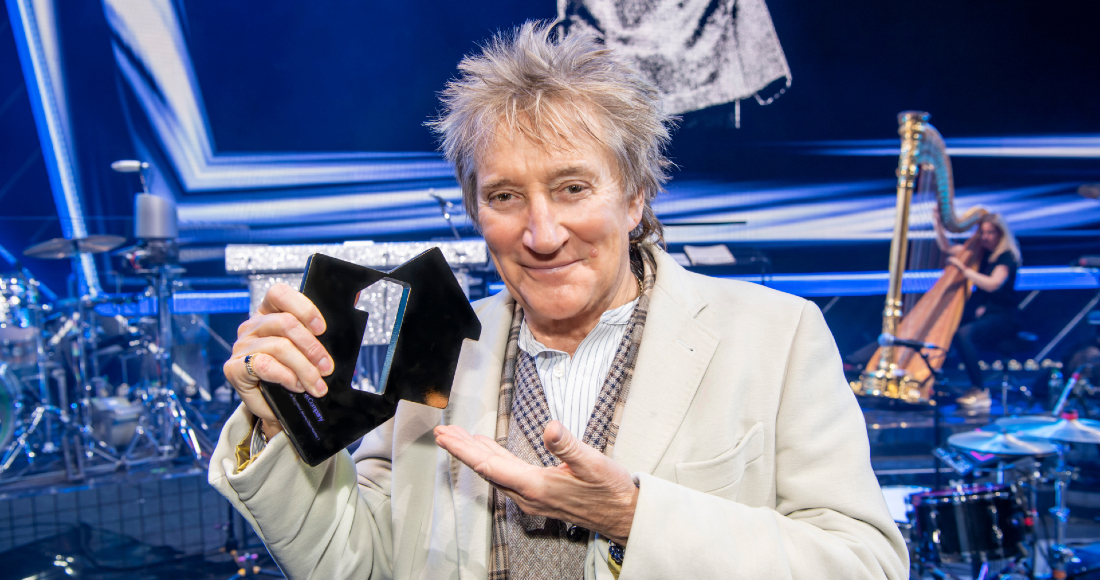 Rod Stewart rounds out the final Official Albums Chart of 2019 as his latest collection You’re In My Heart holds on to the Number 1 spot.

The music icon fends off competition from Michael Bublé’s Christmas album, which lifts from 8 to 2 – its highest peak in seven years.

There’s a big contrast between this week’s Top 2 albums: 96% of Rod’s sales were physical copies, while 66% of sales from Bublé’s 2011 festive album came from streaming. Watch Rod celebrate his latest Number 1 album with Official Charts below:

Further down, a handful of albums make big climbs back into the Top 40, including Lana Del Rey’s Norman F**king Rockwell, which vaults 45 places to Number 32 after ranking highly in lots of critics’ end-of-year albums lists.
Billie Eilish’s mixtape Don’t Smile At Me leaps 17 spots to 33, and George Ezra’s former chart-topping Staying At Tamara’s lifts two to 39.