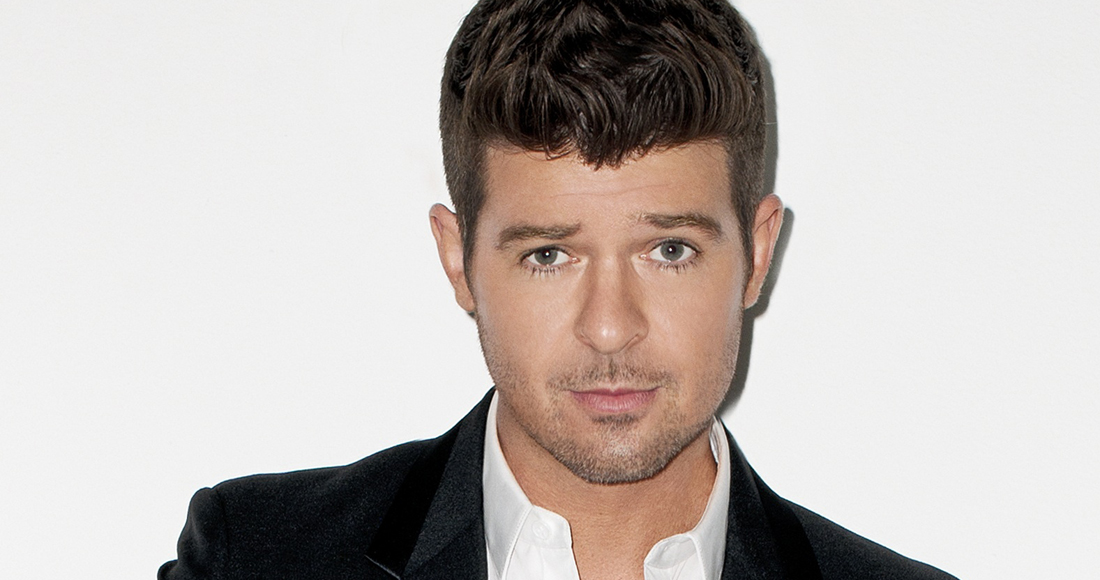 Robin Thicke’s Blurred Lines has dropped out of the Official Singles Chart Top 40 for the first time since it was released.It fell nine places from Number 35 to Number 44 yesterday (Sunday, November 17) after 25 weeks on the Top 40.

The track, which also features US rapper TI and uber producer Pharrell Williams, debuted at Number 1 back in June. It sold nearly 191,000 copies during its first week of release, and became the then fastest selling single of 2013 (a title which it lost seven weeks later to Avicii’s Wake Me Up).

Blurred Lines spent four consecutive weeks at Number 1 before losing the top spot to Icona Pop’s I Love It. It returned to the Official Singles Chart summit for a fifth week at Number 1 before being ousted by Avicii’s Wake Me Up. In addition to the UK, Blurred Lines peaked at Number 1 in 14 countries (Australia, Ireland, France, Germany, Austria, Italy, Luxembourg, Switzerland, Canada, New Zealand and the United States).

In less than two months after release, Blurred Lines broke through the million copies sales barrier to become the second single released in 2013 to do so (following Daft Punk’s Get Lucky, which also featured Pharrell Williams). To date, Blurred Lines has sold over 1.43 million copies in the UK making it the biggest selling single of 2013 so far, and one of the biggest selling singles of all-time.