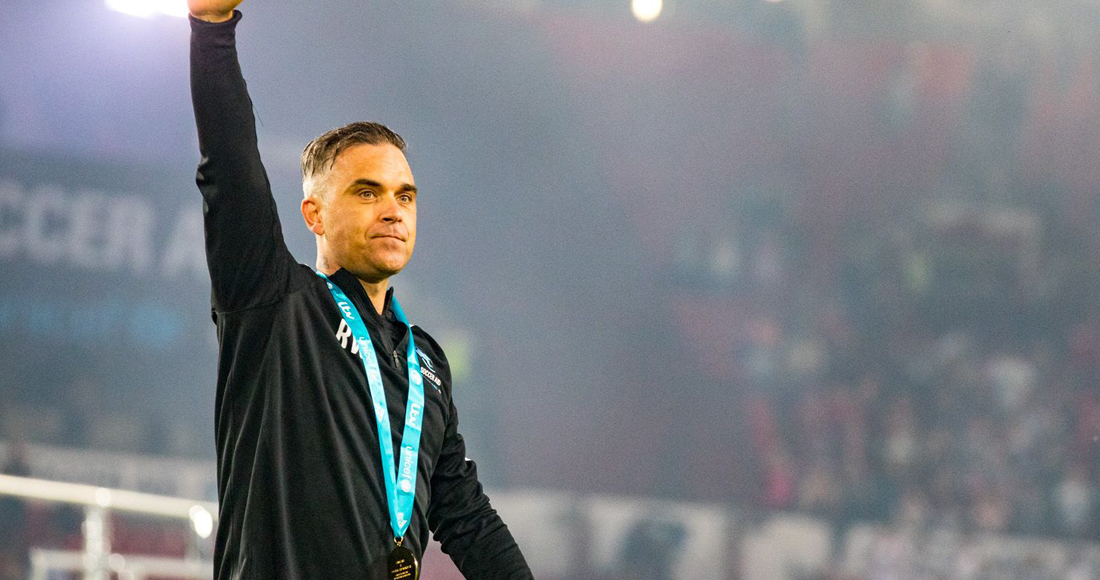 Robbie Williams has announced that he will perform at the opening ceremony of the FIFA World Cup this month.

The star will play to the 80,000-capacity stadium in Moscow before the opening game between Russia and Saudi Arabia.

“I’m so happy and excited to be going back to Russia for such a unique performance”, Robbie said. “I’ve done a lot in my career, and opening the FIFA World Cup to 80,000 football fans in the stadium and many millions all over the world is a boyhood dream.

"We’d like to invite football and music fans to party with us in Russia, in the stadium, or to tune in their TVs a little earlier for an unforgettable show."

While it's not yet been announced what Robbie will sing, a duet with Russian soprano Aida Garifullina has been confirmed.

Robbie certainly has a lot of hits to choose from; to date he's notched up 35 Top 40 hits on the Official Singles Chart, seven of which have gone to Number 1. Look back at Robbie Williams' Official Chart history in full.

Robbie's appearance comes after the singer lead out the England team in last night's Soccer Aid match (June 10), which raises money for Unicef.

Look back at the sporting anthems that conquered the Official Charts, including Katy Perry, Whitney Houston and Ricky Martin.