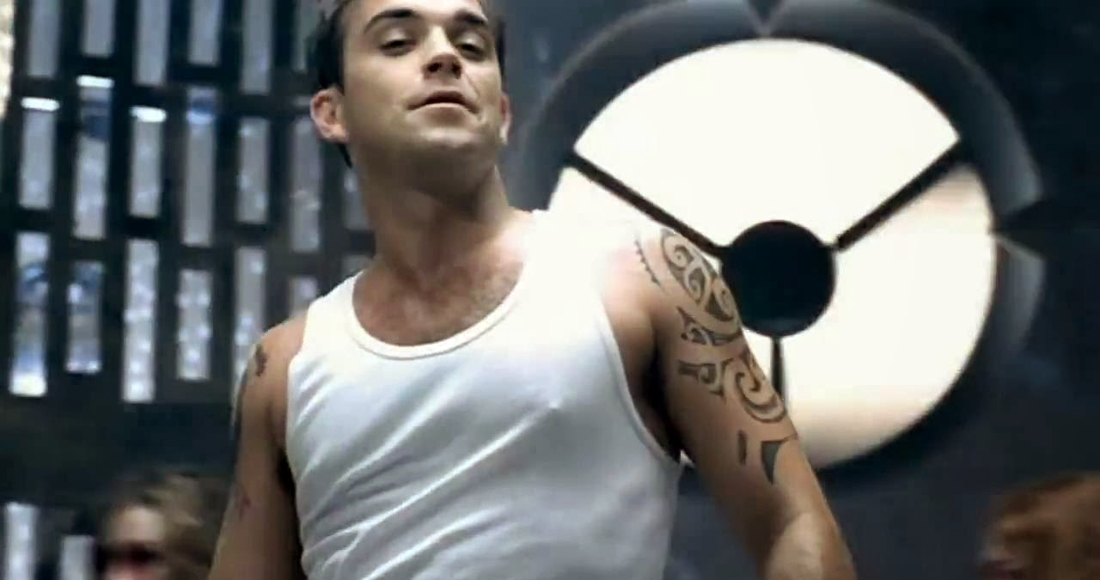 2000 – or “the year 2000” as they used to call it back then – was a good time to be Robbie Williams. While most acts might be nervous limbering up to release a third album, Robbie’s confidence was unshakeable. So much so that he released what was, at that point at least, easily his most unusual and controversial single.

What was so special about Rock DJ? Well, Robbie rapped, for a start. Well, kind of. Over the top of an infectious disco beat sampled from classic tune It’s Ecstasy When You Lay Down Next To Me by soul legend Barry White, Robbie recited his verses in the “cheeky chappy” (ugh) style that would become his trademark. Fans who thought Robbie had abandoned his singing pipes for a career in rap, needn’t have worried. The on-point vocals were back in the singalong chorus.

So he raps, there’s a disco sample. He’s dancing for bored people on roller-skates in what you might call a roller-disco if you’re incredibly uncool. OK, maybe not very ‘Robbie 2000’ but what else was so controversial about it? Watch the video, remember what year you’re in, and let us know how you get on. Warning: if you have to look away at the surgical bits in Holby City, you may want to stop watching at around the 2m50s minute mark.

While there have been videos with more violence, and probably even more blood and gore, the very scientific, clinical way, our Robbie rips himself apart caused a bit of a stir at the time. Few people had any objection to Robbie getting muscles out in a vid – it’s when he started to tear them off and chuck them about the dance floor that eyebrows were raised. Except the eyebrows had already been torn off by the looks of it.

But there’s no such thing as bad publicity in pop music (within reason) and the fact music channels either refused to play it or yanked it off air just before it all got a bit Saw VI only helped its success.

Selling 199,000 copies in its first week, Rock DJ was Robbie’s fourth Number 1, his seventh straight Top 10 hit in a run that would take him all the way to 20 in a row until it was broke by Sin Sin Sin in 2006. It’s sold over 691,500 copies to make it Robbie’s third bestselling single in the UK, behind Candy and million-seller Angels. When streaming equivalent sales are added in, Rock DJ has shifted 973,000 chart sales.

So Robbie was ripping up the rulebook and his torso at Number 1; what else was happening in the Top 10 20 years ago this week? Robbie had knocked Craig David's second chart-topper 7 Days down to to 2, and new at 3 was Time To Burn by Storm - the trance duo's biggest UK hit.

“As I rock-rock-rock-rock-rock the microphone.” The only Top 10 hit for the Finnish (yes really) drum and bass band. Perhaps the only drum and bass track to mention Celine Dion (if we’re wrong, please do write in and let us know), Freestyler has peaked at Number 2 the previous week, held off Number 1 by Craig David.

There was another new entry in the Top 10 for Chester rock band Mansun with I Can Only Disappoint U, their fourth and final Top 10 hit, and UK garage musician Wookie landed what would be his biggest hit with Battle ft. Lain.