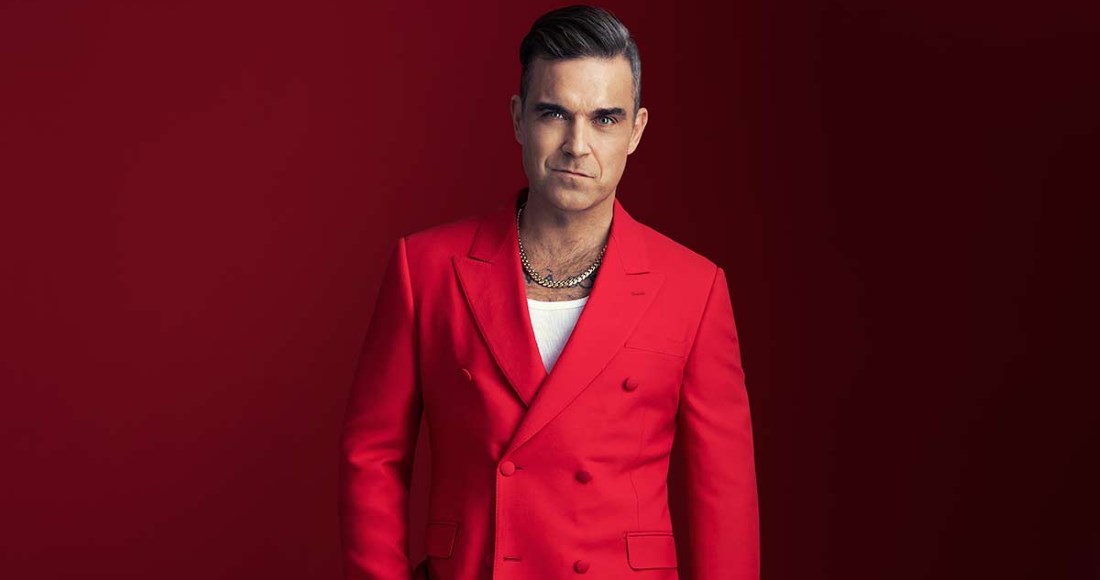 Robbie Williams’ latest album may have debuted at Number 2 on last week’s Official Albums Chart, but that’s potentially not the end to the Christmas fairytale.

Robbie’s 12th studio album The Christmas Present leads today’s Official Chart Update, based on physical and digital sales and streaming data from across the weekend. Rob’s double album featuring collaborations with the likes of Bryan Adams and Rod Stewart has a lead of more than 5,000 chart sales at the midweek stage. Should the album keep up its momentum, it will mark Robbie’s 13th UK Number 1 as a solo artist.

Last week, The Christmas Present shifted 67,000 units, scoring the fastest-selling cassette of the decade in the process. All of Robbie’s 15 chart eligible albums have reached the Top 2 of the Official Albums Chart.

Rod Stewart also looks to improve on his chart position last week, 50th anniversary album You’re In My Heart is on course to rise to Number 2, ahead of last week’s chart-toppers Coldplay who slip to Number 3 with Everyday Life.

This week’s highest new entry could belong to Cliff Richard & The Shadows. The Best Of The Rock ‘N’ Roll Pioneers is currently at Number 7, and could mark Cliff’s 46th UK Top 10 album.

John Barrowman’s festival album A Fabulous Christmas begins the week at 12, potentially his highest charting album in eight years, and one slot behind at 13 is Chilled Classics, the third album from Pete Tong, the Heritage Orchestra and Jules Buckley.

Finally, two classic albums could re-enter the Top 40 following new reissues. Prince’s 1999 is at Number 26 after its super deluxe edition featuring 35 unreleased recordings was released, and Fleetwood Mac classic Rumours is at Number 27 after being re-pressed on clear vinyl.