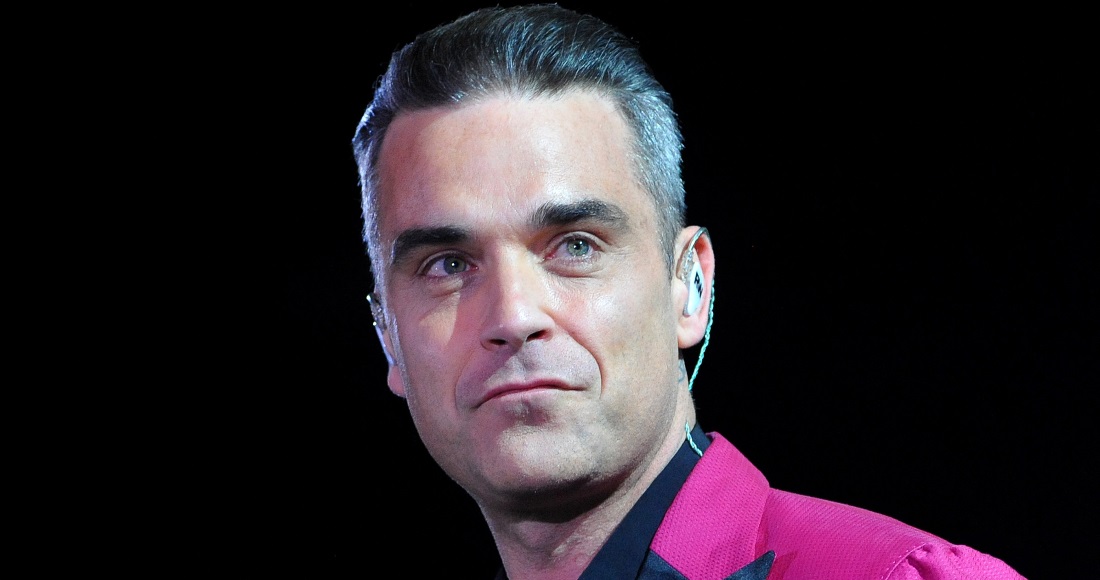 Robbie Williams has gone straight in at Number 1 with his new album The Heavy Entertainment Show.

Robbie's eleventh studio album notched up 67,000 combined sales to reach the top - the 12th of his career to do so. Ten of Robbie's 11 studio records have reached the Official Albums Chart top spot, in addition to his two greatest hits collections. View Robbie Williams' complete UK singles and albums chart history here. And find out which of Robbie's singles sold the most here.

"I’m chuffed that this album is Number 1 and I’m humbled by these amazing statistics and facts," explained Robbie to OfficialCharts.com. "Thank you to the wonderful, wonderful team at Sony. I’m as proud of this album as much as any other, and hope that the fans enjoy it as much as I loved making it... this is for the friendlies. I’m very excited to be taking The Heavy Entertainment show on tour next year."

MORE: The artists with the most Number 1s on the Official Albums Chart

Michael Ball & Alfie Boe score their first Top 3 album as a duo, with Together landing at Number 2. The duo have now had 11 Top 10 albums between them, with Together marking Alfie's highest ever chart entry. Also new in this week's Top 5 are Bon Jovi, who score their 16th Top 10 album with This House Is Not For Sale. Look back on Bon Jovi's back catalogue of chart hits.

Michael Buble's Christmas re-enters the Top 10 this week, up 9 places to Number 7, while new entry Alicia Keys bows at Number 21 with Here, her seventh Top 40 album.

Look back at every Official Number 1 album of 2016 so far below: