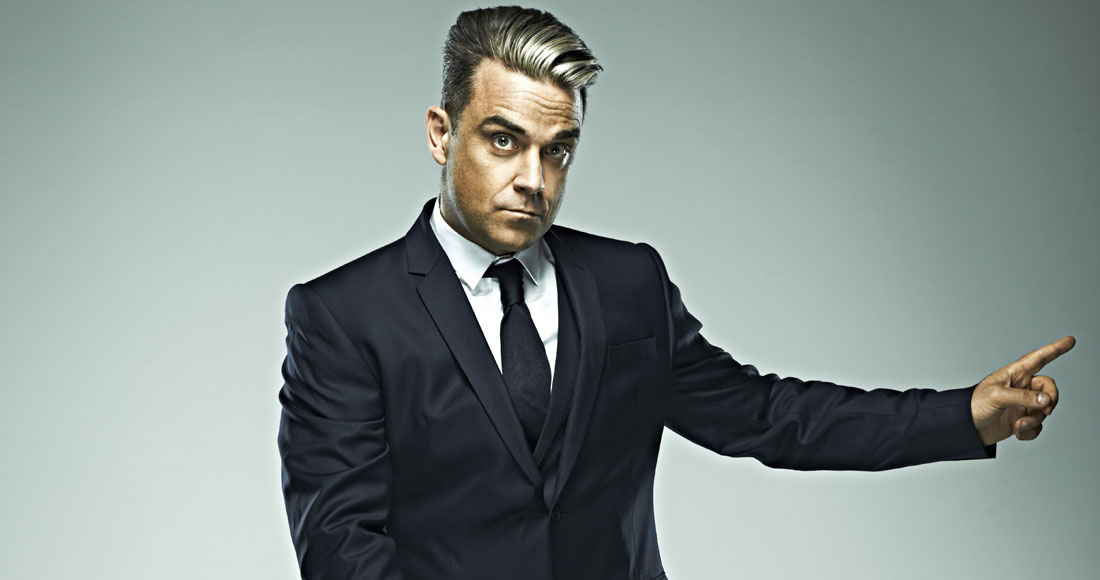 Robbie Williams, JLS and Jake Bugg are battling it out to score the 1000th Number 1 album on the UK’s Official Albums Chart.

Lady Gaga yesterday secured the 999th Official Number 1 in the 57-and-a-half year history of the UK’s Official Albums Chart – meaning that a new Number 1 this Sunday (November 24) will be the historic 1000th Number 1.

The albums set to fight it out for the honour of the 1000th Official Number 1 are Robbie Williams’ new album Swing Both Ways, the JLS greatest hits Goodbye and Jake Bugg’s second album Shangri-la. All three albums are released today (Monday, November 18), with initial sales reports set to show who is setting the early pace tomorrow morning (Tuesday).

The very first Number 1 album back in July 1956 was Frank Sinatra’s classic Songs For Swingin’ Lovers – in the chart compiled and published in Record Mirror magazine.

Since then, there have almost 3,000 different album charts published – with a colourful history, including a 1971 postal strike which prevented a rundown being published for several weeks (with George Harrison’s All Things Must Pass retrospectively crowned as the ex-Beatle’s only Number 1 with a solo studio album).

Over the six decades, The Beatles are the undefeated kings of the Official Albums Chart, with 15 Number 1s and 174 weeks at the summit – with Elvis Presley totting up the second biggest total of weeks (63 weeks, across 11 chart toppers), and Madonna the second biggest albums tally (12 Number 1s in total, spanning 30 weeks).

“This is a hugely significant landmark in the history of the music industry,” says Official Charts Company chief executive Martin Talbot. “While the Official Singles Chart is the fast-moving, barometer of pop music tastes, the Official Albums Chart reflects the broader tastes of British music fans and their attachment to outstanding song collections.

“The list of albums which have topped the albums chart over the years underlines just how important it is, including iconic titles such as The Beatles’ Sgt Pepper… and Revolver, The Stones’ Exile On Main Street, David Bowie’s Aladdin Sane, Led Zeppelin IV, Queen’s A Night At The Opera, Michael Jackson’s Thriller – right up to Amy Winehouse’s Back To Black, Adele’s 21 and Daft Punk’s Random Access Memories.”

The winner will be crowned this Sunday at 7pm, and the Official Albums Chart Top 100 will be posted in full, here.

TOP 10 ARTISTS BY WEEKS AT NUMBER 1