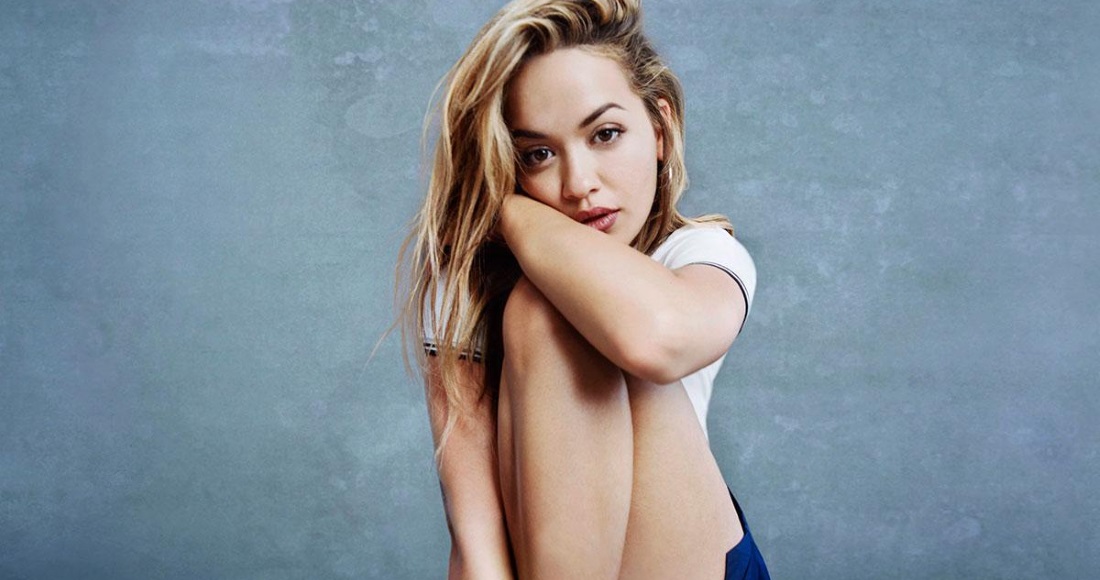 Rita Ora's renaissance has been one of pop's brighter moments over the last year, and with her second album imminent (finally!) and new song Girls causing a stir, we look back at the songs that made her a star.

With 17 Top 40s under her belt, including 12 Top 10s and four of those going all the way to Number 1, Rita's got a back catalogue to rival artists with a decade more chart experience. In fact, Rita shares the record for the most Top 10 singles by a British female artist.

Rita's biggest song of all is the track that kicked off that rebirth in 2017. The Ed Sheeran-penned Your Song missed the Top 5 by peaking at 7, but its whopping 70 million streams help elevate it to the top of Rita's all-time chart, securing 178,000 sales into the bargain. Your Song is very much everyone's song: it's her most-played track.

Next up is the summer anthem that never was, Anywhere, with its brilliant, yet incomprehensible, chorus. Peaking at 2 at the end of 2017, Anywhere has notched up 208,000 downloads and 62 million plays, so is definitely in contention to become her all-time Number 1.

Rita's enjoyed four chart-toppers – and for a time was joint record holder along with Geri Halliwell for most Number 1s by a British female solo artist. Her biggest of them all is her most recent, I Will Never Let You Down, from 2014. The track was written by her ex Calvin Harris and some post-split wrangles between the pair led to Rita's subsequent new material being delayed, but the song itself was a huge success, shifting 433,000 copies and scoring 31 million plays on streaming services. 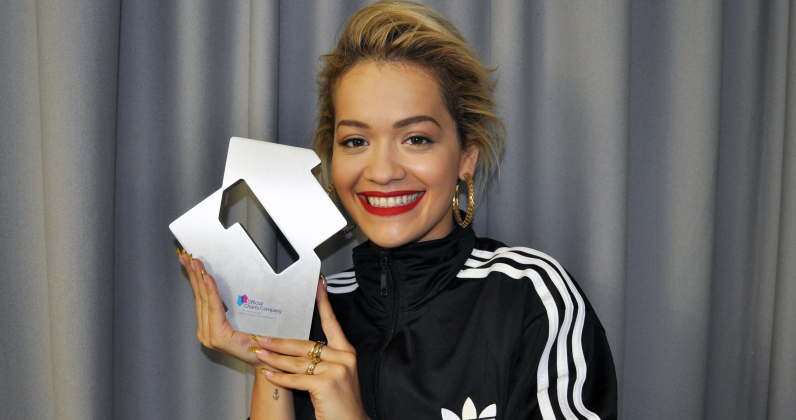 Another 2017 smash for Rita comes in fourth, her collab with the late Avicii, Lonely Together was a Number 4 hit and sold 110,000 copies plus 59 million streams. Rita's debut chart appearance, a feature on DJ Fresh's Number 1 Hot Right Now in 2012, is Rita's biggest seller, with 560,000 copies sold, along with 11 million streams which lift the song to be Rita's fifth biggest overall.

Just missing Rita's all-time Top 10 is her most recent Top 10 hit! For You, taken from then final Fifty Shades film and featuring former One Direction star Liam Payne, lands in 11th place with 122,000 copies sold and 25 million streams.