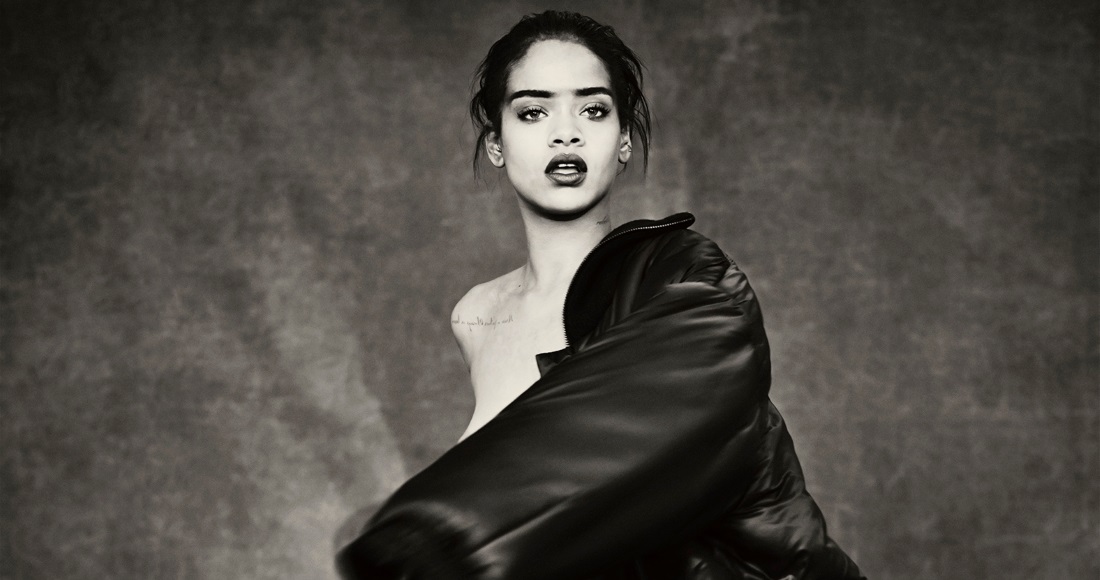 The charts are always a brighter place with our RiRi, and she recently shone that light of hers yet again on Wild Thoughts, her collaboration with DJ Khaled & Bryson Tiller. A huge success, the song charted at Number 3 in its opening week. A cherry on top? The song is her 30th UK Top 10 entry. Wowzers.

Let's get to Work – we're counting down her most purchased singles (downloads and CD singles) in the UK. We're feeling generous so will chuck some all-time streaming figures in as a cheeky bonus.

Supported by what is arguably Rihanna’s most memorable video – featuring RiRi eating chips, getting wasted and smashing up a corner shop in Northern Ireland – the happy-sad brilliance of We Found Love went straight in at Number 1 on 9 October and stayed there for three weeks, before being toppled by Professor Green and Emeli Sandé. But it wasn’t over yet: We Found Love took a two-week break from the top spot only to snatch it back again and stay atop the Official Singles Chart for three more weeks!

Credit where it’s due: the song was written and produced by our very own Calvin Harris, who not only bagged a feature credit for his stellar work, he rocked up in the video too, DJing at what looks like the world’s smallest rave.

ChartFact: Rihanna kept some big tunes off the top spot for those six weeks: Moves Like Jagger by Maroon 5 (two weeks), The Wanted's Lightning, Take A Chance On Me by JLS, Flo Rida’s Good Feeling and Olly Murs’ Dance With Me Tonight. She was finally deposed for a second time by the X Factor finalists’ cover of Wishing On A Star.

MORE: See all Rihanna's UK hit singles and album in her chart archive

Love The Way You Lie (with Eminem)

This team-up between two of the music world’s biggest names caught the public’s imagination, spending 14 straight weeks in the Top 10 upon release. Crucially, however, it never hit the big one, peaking at Number 2. That’s just the way it goes sometimes, eh?

Despite not reaching Number 1, Love The Way You Lie ended up as 2010’s biggest selling single, shifting over 850,000 copies in that year alone.

ChartFact: Love The Way You Lie spent four weeks at Number 2, held off the top spot by Yolanda Be Cool’s We No Speak Americano, Flo Rida’s Club Can’t Handle Me, Roll Deep’s Green Light and Taio Cruz’s Dynamite. All classics.

MORE: See all Eminem's UK hit singles and albums in his archive

Only Girl (In The World)

The follow-up to Love The Way You Lie was a change of direction for Rihanna. While she had flirted with dance music on songs like SOS, Only Girl (In The World) was the first time she got her hands in the air and went all-out dance. And it was the right move to make. Only Girl (In The World) – we love a song with a solid pair of brackets in the title – was actually beaten to Number 1 by Cheryl Cole’s Promise This in its first week of release. But you can’t keep RiRi down – she soon turfed Cheryl out, taking up residency for two weeks before JLS’s Love You More came along.

Rihanna made headlines when the farmer who owned the field featured in the video objected to our girl prancing around it in her scants.

ChartFact: Only Girl (In The World) has the highest first-week sales of all Rihanna’s singles, shifting 126,000 copies in its first seven days. And still only went in at Number 2!

With Only Girl (In The World), Rihanna scored her second million seller in just seven weeks.

MORE: How the Official Singles Chart looked the week Only Girl (In The World) was a new entry

This Sia-penned track gave Rihanna her fourth record-breaking million-seller – only the Beatles have more than her. Spending a mere week at the top, Diamonds still managed 14 weeks in the Top 40 and was the 11th best selling single of 2012.

ChartFact: Rihanna knocked Psy’s Gangnam Style off Number 1, much to many pop fans’ delight, and was chucked off the top by Swedish House Mafia’s Don’t You Worry Child, which is also a million-seller.

You could argue this is the track that really made the world take proper notice of Rihanna. Spending 10 straight weeks at Number 1 – fittingly, during one of the most miserable British summers ever – Umbrella was the second biggest selling single of the year. It was also RiRi’s first Number 1; seven more were on their way.

ChartFact: Rihanna kept Maroon 5’s It Makes Me Wonder at Number 2 for two weeks – she’d keep Adam and co at bay again four years later with We Found Love. Other acts who found themselves at Number 2 getting poked in the eye by Rihanna’s brolly include Mutya Buena, White Stripes and Kate Nash for three weeks.

What’s My Name (6) was the first time Rihanna scored consecutive chart-toppers and has sold 855,000. It was the first of four Top 40 collaborations with Drake for RiRi – the latest, Work, is sitting at Number 35 on the list.

Three is the magic number for S&M (7). The third single from Rihanna’s Loud album to make her Top 10 sellers, S&M was stuck at Number 3 for three weeks in 2011. It's sold 773,000  and gave Rihanna her first consecutive run of four Top 3 hits. She’s not done it again yet.

The Monster (10) was another collaboration with Eminem, and this time it went all the way to Number 1, with 695,000 sales. It’s Rihanna’s eighth and most recent chart-topper – just three of her Number 1 hits have not involved a featured artist.

MORE: Every song that peaked at Number 11 over the last 50 years

Take a trip down memory lane by looking back at all (yes, ALL) of Rihanna's single and album artwork below: 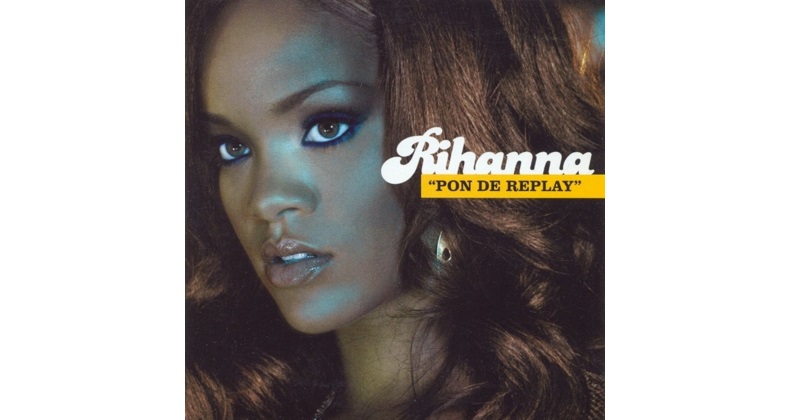 What's your top Rihanna jam? Any surprises in the Rihanna Top 40? Is it missing some of your faves? Give us all you've got on Facebook, Twitter or the comments below.