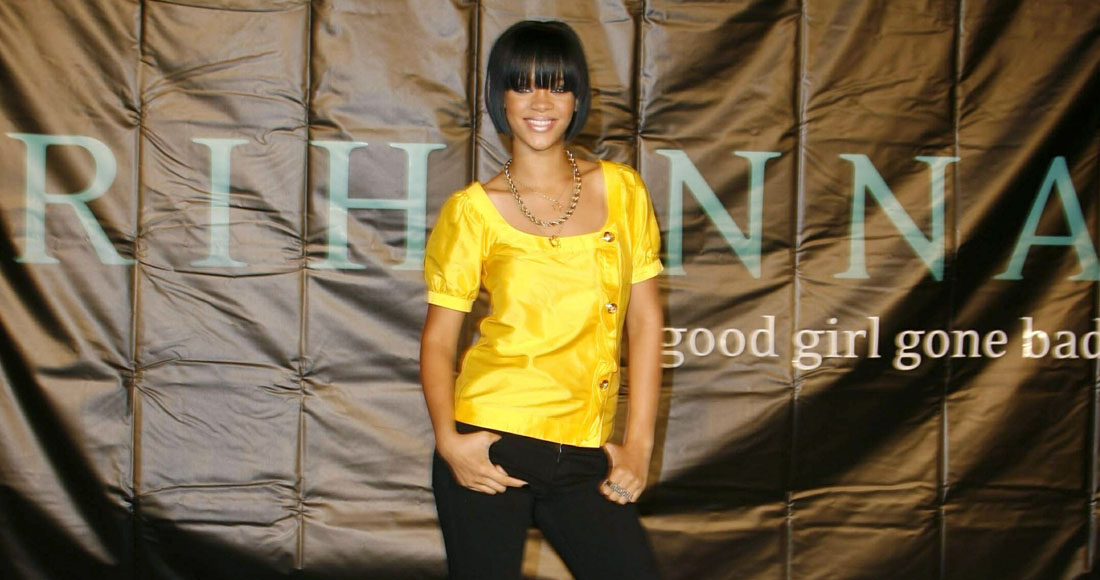 In news that is likely to make plenty of you feel old, Rihanna has reminded us all that this month marks the tenth anniversary of her breakthrough album Good Girl Gone Bad.

That's right: the superstar's third album was released ten years ago this month. A full decade has passed us by. Help.

Rihanna took to Instagram - her favourite social media outlet - to mark the occasion, saying that she is "forever grateful" for her fans' support of the record and how it changed her life.

10 years ago I released a body of work that would change the course of my life and career in ways that I still can't fully grasp! To my fans...you have truly supported and nurtured my journey and I'm forever grateful to you for making it such a wild ride so far 😎 and I look forward to our journey ahead. once a good girl go bad, she gone forever! 😺👉🏿😼 #GoodGirlGoneBad #10thanniversary

It has since gone on to sell a whopping 1.9 million in the UK, logging 177 weeks in the Top 100, and sales of over nine million worldwide. Look at Good Girl Gone Bad's week by week UK chart run.

The record spawned a massive eight (eight!) singles, led by Umbrella, which spent ten weeks at Number 1 on the Official Singles Chart. Its other singles were (the often forgotten) Shut Up And Drive (peaked at Number 5), Hate That I Love You (15) and Don't Stop The Music (4).

Three more singles followed a re-release of the record in 2008: Take A Bow (1), Disturbia (3) and If I Never See Your Face Again with Maroon 5 (28). Finally, the campaign was rounded off with original album track Rehab (16).

Rihanna released two albums prior to GGGB, 2005's Music Of The Sun (35) and 2006's A Girl Like Me (5), but it was GGGB that turned her into the global superstar we know today. She's released another five successful records since, most recently 2016's Anti, and there are whispers that a follow-up is imminent.

For now though, Happy Birthday Good Girl Gone Bad! Seriously, what an album.