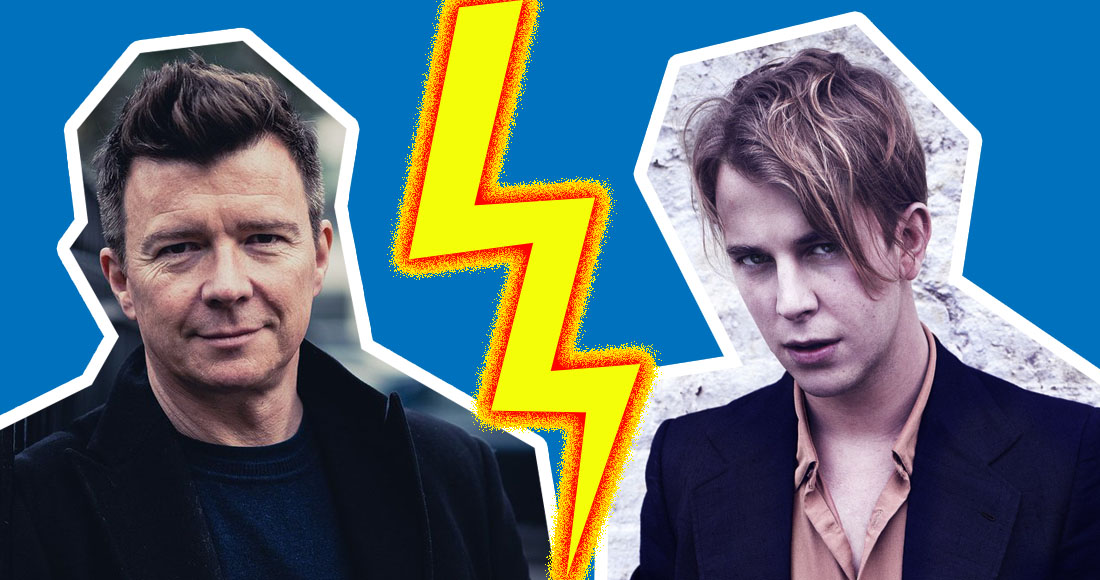 It looks like we've got a good old fashioned chart battle on our hands, as the race for this week's Official Number 1 album between Tom Odell and Rick Astley remains seriously close in today's sales flash.

As things stand today (June 15), Tom is leading the way at Number 1 with his new album Wrong Crowd over Rick Astley's latest effort 50, but the pair are now separated by just 14 chart sales.

That's even tighter than earlier this week on the Official Chart Update, when the pair were 218 chart sales apart.

We’ve delved back to the beginning of the Official Charts Company era (1994), and the two closest Official Albums Chart finishes were both won by just 4 copies.

One was in 1998, when Robbie Williams' Life Thru A Lens beat Celine Dion's Let's Talk About Love to the top spot, while the most recent in 2009, when Lady Gaga's The Fame narrowly finished ahead of Doves' Kingdom Of Rust.

MORE: The Official Top 40 biggest albums of 2016 so far revealed

If Tom can hold on through to Friday, it will be his second chart topper following 2013's Long Way Down. Rick's seventh studio album 50 (2) has the potential to be his highest charting record since his 1987 Number 1 debut Whenever You Need Somebody. See Rick Astley's full UK chart history, including every single and album and where they charted, and here's Tom Odell's chart career too for good measure.

Find out who manages to snag the top spot on Friday here on OfficialCharts.com at 5.45pm and on BBC Radio 1's Official Chart show with Greg James, which kicks off at 4pm. Click here to view the latest Albums Chart Top 100, and keep your eyes peeled throughout July as we celebrate 60 Years of the Official Albums Chart.

Catch up on more of this week's music news in pictures below: