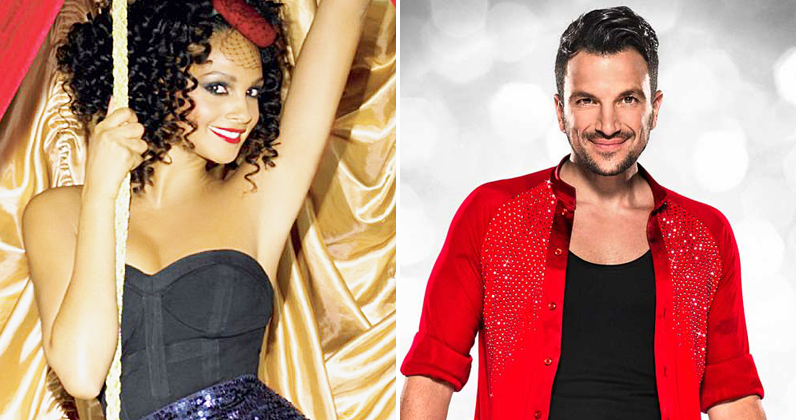 While she may not have lifted the crown as Queen of the Jungle in I'm A Celebrity…Get Me Out of Here! Fleur East is taking full advantage of being back in the public eye, returning with new single Favourite Thing.

The track is tipped to return Fleur to the chart for the first time since 2015, but she wouldn't be the first popstar-turned-reality star to launch a new assault on the chart following a primetime telly appearance.

As career revivals go, Peter Andre's post-I'm A Celeb trajectory is up there with the most successful. Not only did Pete gain a wife, children, and a reality show all of his own, he also returned to the Top 3 in 2004 with Insania, a song he composed while delirious on the famously paltry jungle rations. He didn't stop there, as he finally took his 1996 signature song Mysterious Girl to Number 1 – his third chart-topper in total – following its re-release, and four more Top 40 hits followed, including an unforgettable duet with then-spouse Katie Price, covering Aladdin classic A Whole New World, in 2006. The couple separated in 2009. In 2015, Peter pulled it off again, releasing a new swing album to coincide with his appearance on Strictly Come Dancing; Come Fly With Me hit Number 5, his first Top 10 album in five years.

You could say Mark Owen is king of chart revivals – did you know before he returned to Take That in 2006 for phase two of their mega-selling career, he had a renaissance of his own after winning Celebrity Big Brother? Following his post-TT solo career, which produced its last hit in 1997, Mark Owen won the second series of CBB in late 2002 and by the next spring was back in the Top 10 with Four Minute Warning, with a further two Top 40 hits to follow.

She scored plenty of hits as part of Mis-Teeq, but until her triumphant victory on the glittery ballroom floor of Strictly Come Dancing in 2007, Alesha Dixon's solo career had so far only spawned one Top 40 hit. Kicking off with the jaunty The Boy Does Nothing, Alesha landed six Top 40 hits post-Stricko, including a new solo peak of Number 3 with ballad Breathe Slow.

After a few modest hits, Ordinary Boys' lead singer Preston entered the Celebrity Big Brother House in early 2006 and, despite finishing fourth, soon saw renewed chart success when Boys Will Be Boys, originally released the previous year, rocket back up the chart and into the Top 3. Three more Top 10s followed – including a collab with future CBB contestant Lady Sovereign, small world eh – before Preston went solo in 2009. While Dressed to Kill wasn't a hit for him, it did end up being covered by Cher for her 2013 Closer to the Truth album, which went Top 5.

Sophie has been a fixture of the charts since 2000, when she lent her lyrical and vocal skills to summer Number 1 Groovejet, by the DJ Spiller. She'd been a little quiet on the chart front in the couple of years leading up to her 2013 turn as a finalist in Strictly Come Dancing, but in 2014 made quite the return. Young Blood gave Sophie Ellis-Bextor her first top 40 single in four years, and its parent album Wanderlust returned her to the Official Albums Chart Top 10 for the first time in seven years, cementing the dazzling effect competing for the glitterball trophy can have.

Joe was, of course, the winner of The X Factor of 2009, but after his post-X career didn't quite match expectations, he returned to the reality format in the shape of Popstar to Operastar, which saw pop singers give – yes, you've guessed it – opera singing a go. Joe, naturally, trounced his rivals and thus relaunched himself with new album Classic, which reached Number 2, and its festive cousin Classic Christmas, a Number 15 hit. Two more Top 10 albums followed so we can safely say that when it comes to winning a reality show, lightning can strike twice.

Once one-fifth, and then one quarter of Westlife, Kian Egan switched key changes and uncomfortable-looking bar stools for bush ticker trials and sleeping on the floor when he won the 2013 edition of I'm A Celeb. While Kian had never taken the lead on Westlife's numerous hit singles, here was his chance to show what he could do, and he certainly did, signing a new record deal and scoring a Top 10 with his solo debut Home.