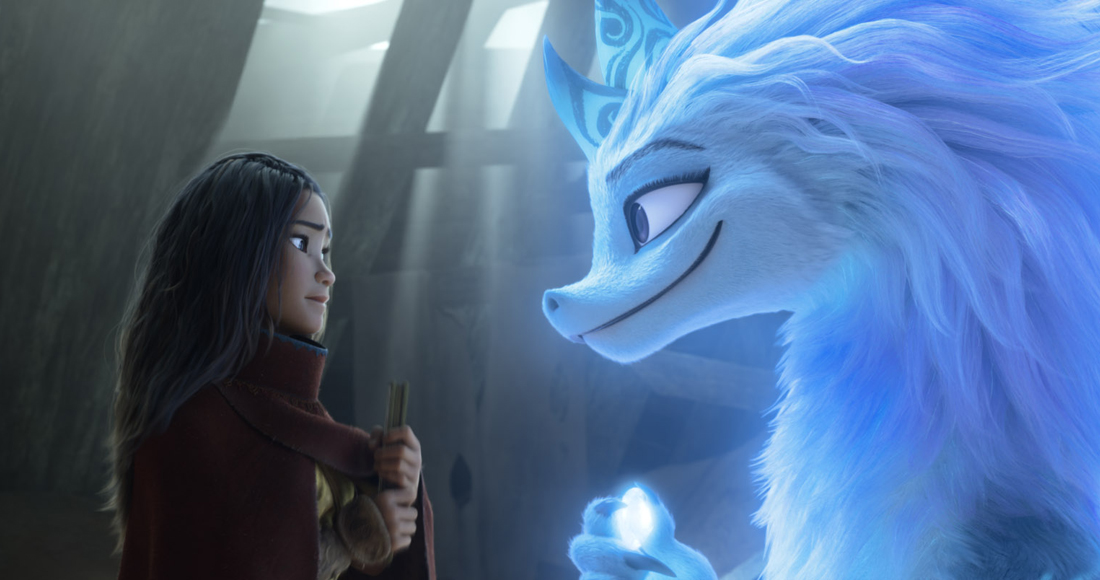 Raya & The Last Dragon swoops in to a Number 1 debut on the Official Film Chart. The Disney adventure flies straight to the top following its release on DVD & Blu-Ray, more than doubling the sales of its closest competition.

In the film – whose star-studded voice cast includes Kelly Marie Tran, Awkwafina and Gemma Chan – we find ourselves in a re-imagined world named Kumandra, where humans and dragons once lived together before sinister monsters threatened the land and the dragons sacrificed themselves for humanity.
500 years later the monsters, known as Druun, have returned, and it’s up to a young warrior named Raya (Kelly Marie Tran) to track down the last dragon and stop them for good.

At Number 2, real and cartoon worlds collide in Tom & Jerry: The Movie which makes a strong first-week performance on digital downloads only, while Wonder Woman 1984 moves down one place to Number 3.

Shark attack thriller Great White makes its debut at Number 8, while Godzilla: King of the Monsters rises 6 to Number 9. Finally, Spider-Man: Far From Home rounds off this week’s countdown at Number 10.

This week’s Official Film Chart online show features a preview of Oscar-winning drama Sound of Metal starring Riz Ahmed, which is available to Download & Keep from 31 May.