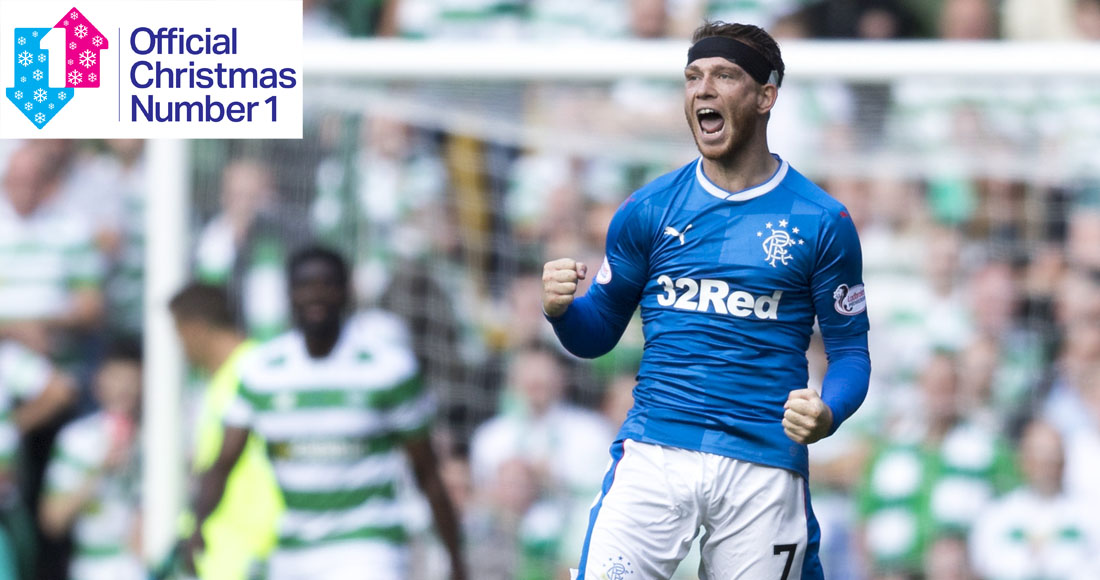 A late bid for this year's Official Christmas Number 1 has emerged today (December 21): The Dave Clark Five's 1963 single Glad All Over.

Rangers football have launched a last minute campaign to get their new anthem to the top of the charts this Christmas in support of striker Joe Garner.

The song was played out during a match last Friday (December 16), when Rangers beat Hamilton 2-1. Fans chanted the track with the chorus changed from: "I'm feeling... glad all over" to "We've got... Joey Garner".

Following a surge of sales yesterday, OfficialCharts.com can reveal that Glad All Over has entered at Number 64 in today's sales flash, and was one of the biggest selling songs in the UK in the last 24 hours.

MORE: Check out all of this year's Official Christmas Number 1 contenders

Glad All Over reached Number 1 on the Official Singles Chart in 1963, knocking off The Beatles' I Want To Hold Your Hand.

MORE: When will the 2016 Official Christmas Number 1 be announced?

The song has also been used in various forms by other clubs across the UK and is also used by Crystal Palace on matchdays.

The hashtag #JoeyGarnerChristmasNumberOne was trending on Twitter for most of yesterday (December 20); and as you can imagine, football fans are an imaginitive bunch with their tweets...

Joe Garner keeping an eye on the charts. pic.twitter.com/lMHSCAFzO0

Heard Little Mix are supporting Joe Garner on his arena tour next year. Will be a good experience for them. #JoeyGarnerChristmasNumberOne

That face you pull when you win X Factor and find yourself behind Joe Garner in the download charts. #JoeyGarnerChristmasNumberOne pic.twitter.com/dynsfNKndD

The 2016 Official Christmas Number 1 will be announced on Friday, December 23 on BBC Radio 1's Official Chart show, which starts at 4pm. The full Top 100 will be unveiled here on OfficialCharts.com at 5.45pm. Click here to see the latest Top 100.