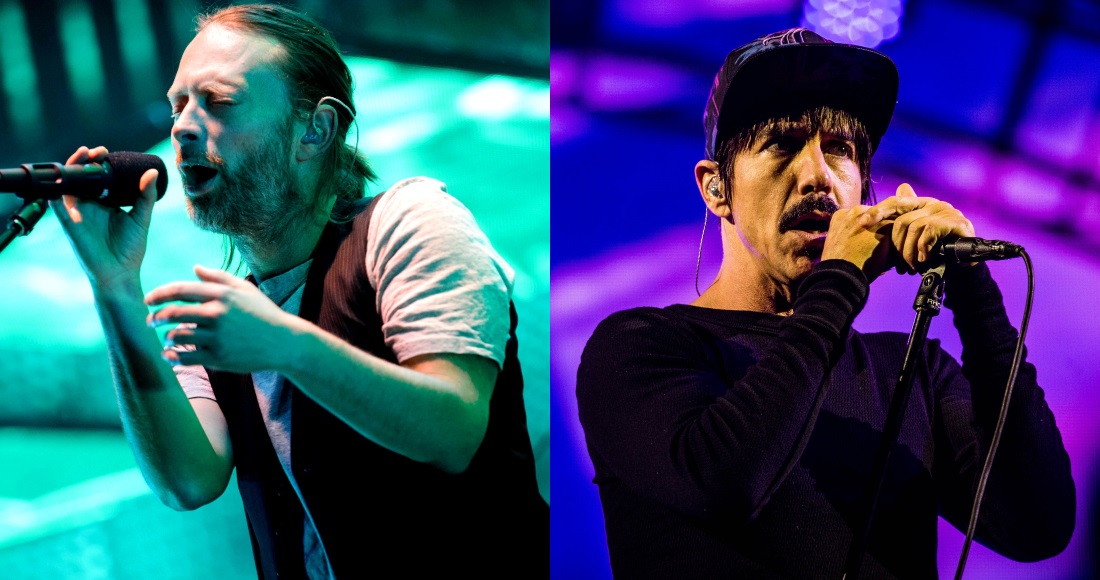 Rock royalty Radiohead and Red Hot Chili Peppers are embroiled in a big chart clash this week as they do combat for the Official Albums Chart Number 1.

Radiohead's A Moon Shaped Pool was released physically this past Friday, and over 32,000 copies have been sold. Adding in digital purchases and streaming equivalent sales, 34,000 combined chart sales have been logged at the midweek stage.

Radiohead's ninth studio album already hit Number 1 back in May; should A Moon Shaped Pool return to the top spot, Radiohead will join Adele and Drake as the only artists in 2016 whose albums have both returned to Number 1.

Also shifting over 30,000 combined chart sales is Red Hot Chili Peppers' The Getaway. Their eleventh studio album is 4,000 behind at the halfway mark. If they can catch up and take over, The Getaway will be their fifth Number 1 collection.

Jake Bugg is the next highest new entry with On My One at 3, and last week's Number 1 Rick Astley slips to 4 with 50. We interviewed Rick last week about his first chart topper in 29 years. Mumford & Sons' sixth EP Johannesburg could be their first to chart, sitting at 5 today.

Christine & The Queens' debut Chaleur Humaine enters the Top 40 for the first time at 8, and The Very Best Of from The Stone Roses rises four places to 11. Laura Mvula's second studio album The Dreaming Room starts off at 17 and Gojira's Magma begins at 19.

k.d lang, Neko Case and Laura Veirs' first collaborative album Case/Lang/Veirs is a newbie at 24, Gregory Porter's Take Me To The Alley is up 8 to 27 and Eric Clapton's latest album I Still Do jumps from 40 to 28.

The Stone Roses are back again with their self-titled album - up 17 places to 34 - and Swans' The Glowing Man is the final potential new entry at 40.