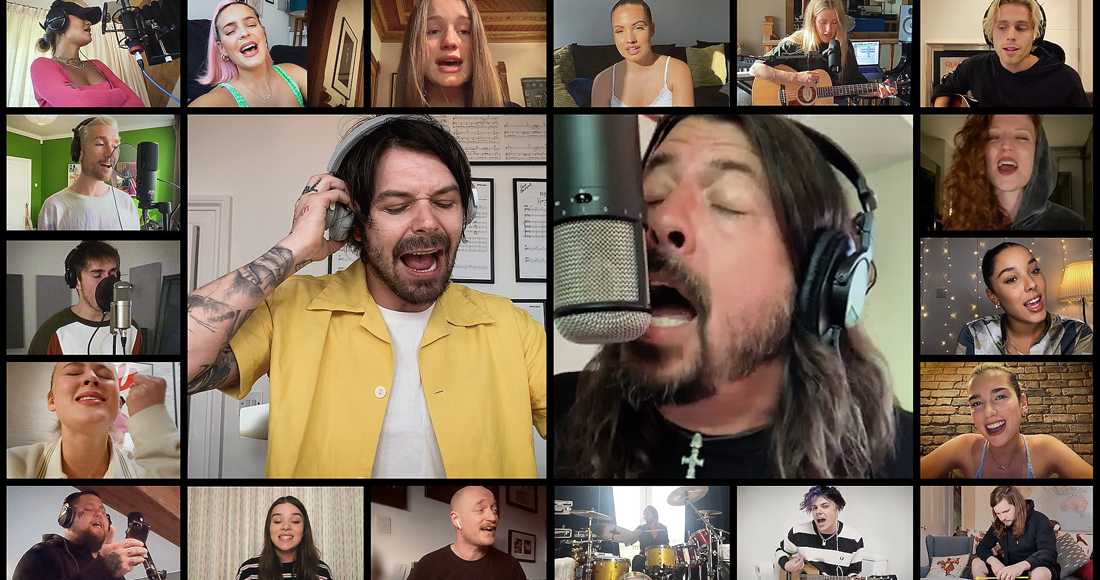 Radio 1’s Live Lounge Allstars charity single is in a ferocious battle to claim this week’s Number 1 as The Weeknd’s Blinding Lights pulls ahead today, OfficialCharts.com can reveal.

After leading the midweek Official Singles Chart Update, downloads of the Live Lounge Allstars’ rendition of Times Like These have slowed down and the song has slipped to Number 2 in today’s sales flash (April 29).

As of today the track is currently just over 6,000 chart sales behind The Weeknd’s Blinding Lights, meaning downloads of Times Like These would need to accelerate significantly this week if it is still to be in with a chance of claiming the top spot.

Radio 1’s Live Lounge Allstars - including Dua Lipa, Ellie Goulding and Chris Martin - have recorded a cover of the Foo Fighters’ track in aid of BBC Children In Need and Comic Relief, to provide essential support to people across the UK who will be significantly impacted by the coronavirus crisis.

Following its release last Thursday (April 23) and video premiere on BBC One’s The Big Night In, Times Like These debuted at Number 5 on last week’s Official Singles Chart with just 12 hours of sales and streams behind it.

If it reaches Number 1, it would be the first time a Foo Fighters song makes it to the top of the Official UK Chart, and in the band’s 25th anniversary year. The band’s personal best is a Number 4 with Best Of You. View Foo Fighters’ Official Chart history in full here.

The cut-off for sales and streams to count towards this week’s chart is midnight Thursday, May 1. The final Official Chart Top 40 will be unveiled on BBC Radio 1’s Official Chart with Scott Mills this Friday from 4pm, with the full Official Singles Chart Top 100 published on OfficialCharts.com from 5.45pm.