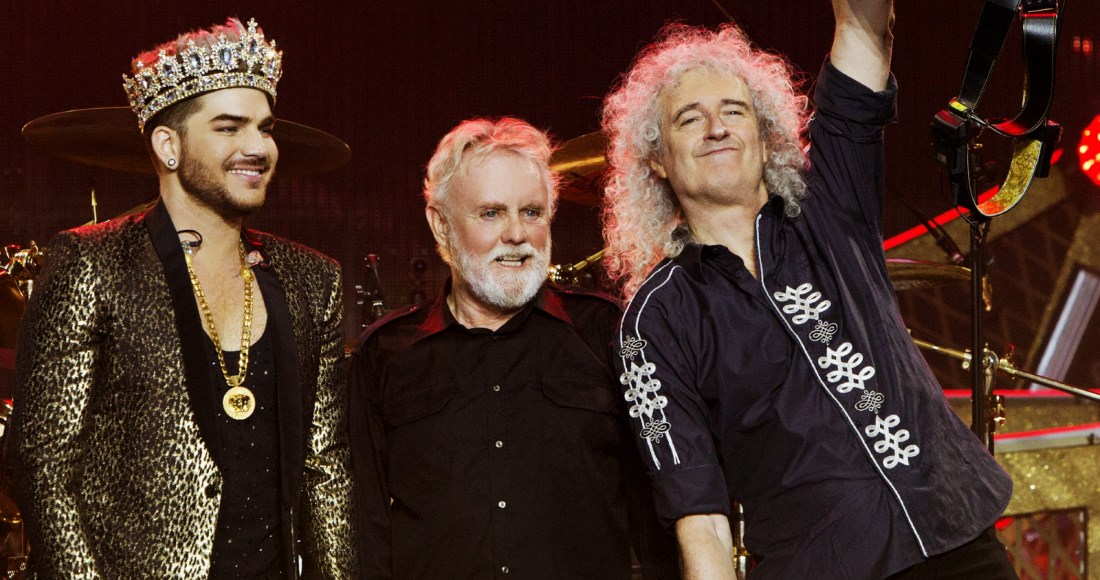 Queen are on course for their first UK Number 1 in almost 25 years with their new release with Adam Lambert.

Live Around The World leads this week’s Official Chart Update, and has a lead at the top of the midweek chart by over 3,000 chart sales. The collection racked up the most CD sales and downloads this past weekend.

Queen were last at Number 1 on the Official Albums Chart in November 1995 with Made in Heaven, the band’s final studio album which featured Freddie Mercury’s last recorded vocals before his death. If Live Around The World continues its momentum, it will mark the iconic group’s 10th UK Number 1 album, and Adam Lambert’s first.

To date, Queen have scored 34 UK Top 40 albums, and their Greatest Hits collection is the best-selling album ever, being the only in UK chart history to sell over six million copies. View Queen’s full UK singles and albums chart history.

Oasis start the week at Number 2 with the vinyl reissue of (What’s The Story?) Morning Glory - the biggest album of the week so far on wax. Bon Jovi are en route to a 16th UK Top 5 album with 2020 at Number 3, Pink Floyd legend Roger Waters could earn a fourth solo Top 10 at Number 4 with live album Us + Them, and CMFT the first solo album from Slipknot frontman Corey Taylor is the midweek Number 5.

K-pop girl group Blackpink are new at 6 at the halfway point of the week with their debut Korean-language album The Album, while Melanie C is on track for her first solo Top 10 album in 17 years with her new self-titled album at 7. Promoted with a performance on Britain’s Got Talent, the show’s head judge Amanda Holden is at 8 currently with her first album Songs From My Heart.

Further new entries include a potential first solo Top 10 for ex-Moloko star Roisin Murphy with Roisin Machine (9), and Savage Mode II the most streamed release of the week so far from 21 Savage & Metro Boomin at 10.

Stone Roses remix album The Remixes opens at 23, rock supergroup The Jaded Hearts Club occupy 25 with You’ve Always Been Here, Dolly Parton’s festive album A Holly Dolly Christmas is jingling at 28, and Liverpudlian indie group Red Rum Club are currently at 29 with The Hollow of Humdrum.

Finally, a reissue of New Order’s 1983 album Power, Corruption & Lies is heading for a Top 40 finish at Number 34, and Watford rockers The Hunna are looking to make it three Top 40 albums in a row with new LP I’d Rather Die That Let You In at Number 35.