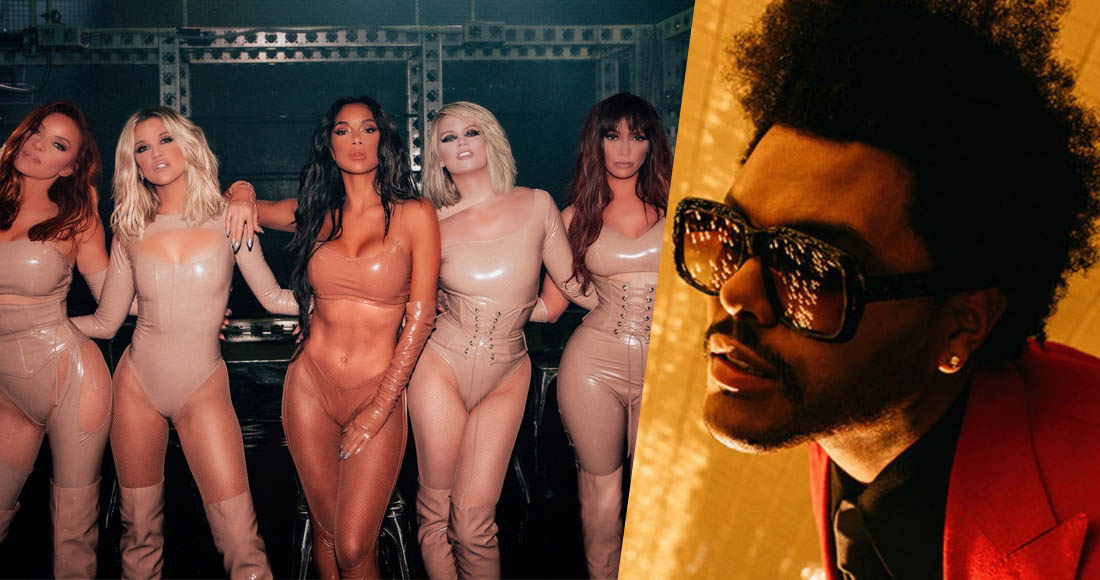 Fresh from securing the first UK Number 1 single of his career last Friday, The Weeknd is heading for a second week at the top with Blinding Lights, while the raunchy return of Pussycat Dolls puts Nicole and Scherzinger and co on track for their first Official Chart appearance in a decade.

Pussycat Dolls have pulled out all the stops to grab our attention with sizzling new comeback single React - a hair flip-inducing chorus, a not-so-subtle accompanying video, a steamy reunion performance on The X Factor Celebrity final that triggered over 400 complaints to broadcasting regulator Ofcom for their outfits and stage show being too raunchy for family viewing - The Dolls have left no stone unturned.

React starts out as the highest new entry of the week so far (15), their first in over ten years. The now five-piece US girl group, whose members this time around comprise Nicole Scherzinger, Kimberly Wyatt, Ashley Roberts, Jessica Sutta and Carmit Bachar, last entered the Official Chart with Hush Hush Hush Hush way back in June 2009. Revisit all the Pussycat Dolls’ singles and where they charted.

Big climbs are underway for rapper and singer/songwriter Saint Jhn and Joel Corry. Saint Jhn’s Roses continues its unbroken five-week ascent up the Top 100, this time leaping from Number 21 all the way into the Top 10 – Roses is Number 8 this week after 48 hours.

We caught up with DJ/producer Joel Corry who found fame on Love Island with his debut single Sorry, to discuss the science behind producing a club banger, as Lonely is set to rise again this week, currently up 12 places to Number 18 midweek.

And finally, Justin Bieber’s Intentions ft. Quavo is currently second highest new entry of the week (16). Bieber uses the video to highlight Los Angeles-based charity Alexandria House, which offers housing for women and children transitioning out of shelters. Along with rapper Quavo from Migos, the singer spotlights the stories of a struggling student, a foster care advocate, and a poet inspired by her homelessness. The music video announces that an Intentions fund of $200,000 has been set up to aid the organisation's continuing work.