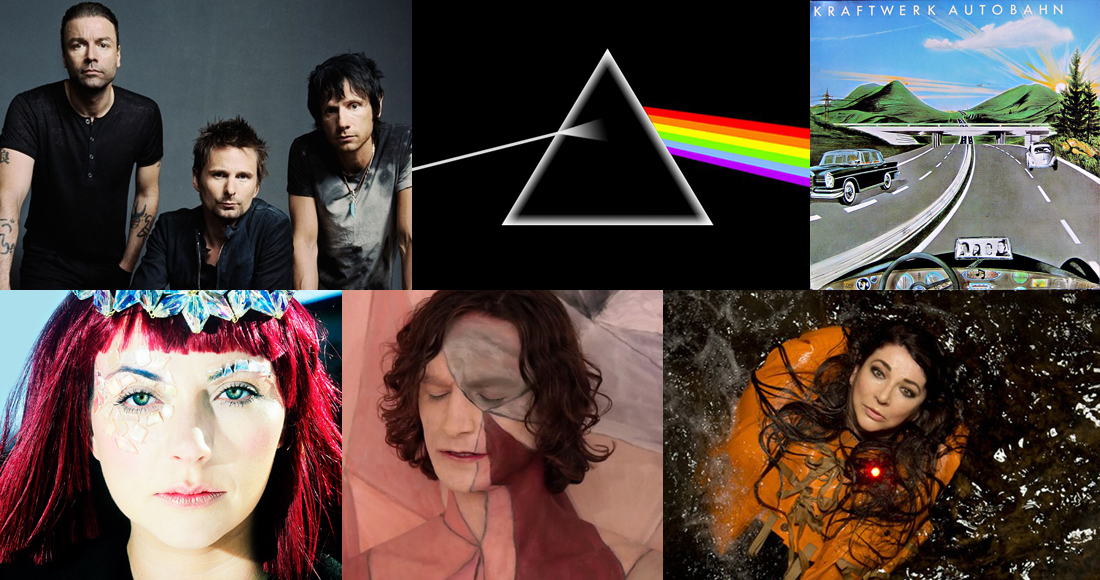 You might not know it, but you might well be a progressive music fan on the quiet.

Official Charts teams up with Prog Magazine this week to launch the brand new Official Progressive Albums Chart – to recognise the revival of interest in this once-maligned form of music.

Prog rock (short for “progressive”) first came to prominence in the 1970s – in fact, punk was largely cited as a reaction against the often avant garde noodling of progressive acts such as ELO, Yes, and many others.

But, despite the punk explosion, progressive music kept its head above water through the Eighties and remains alive and kicking to this day.

In fact, if you delve into the world of progressive music, you might well find one or two progressive artists or albums nestling in your music collection. To mark the launch of this brand new chart – and this week’s staging of the 2015 Progressive Music Awards – with a little help from the gang at Prog Magazine, we present a handy guide to some of the music you love that might just make you a prog fan…

On their breakthrough in 1992, Radiohead were a punky alternative band from Oxford – but have since evolved into one of the most acclaimed progressive acts of recent decades.

If OK Computer and The Bends were hinting towards their creative direction in the Nineties, it was 2000’s new millennial offering Kid A which dismissed any doubts of their new sound.

Unashamedly experimental, it saw them meld their trademark rock sounds with influences from the likes of Autechre, Aphex Twin, as well as the classical, jazz and Krautrock movements.

Kate was 19 when she gate-crashed the Official Singles Chart back in 1978 with Wuthering Heights. While she has produced a great many hit singles since, no-one who experienced her extraordinary live comeback shows last autumn could fail to recognise her progressive leanings.

Her 2005 album Aerial, the solo album which ended a 12-year recording hiatus, and 2011’s 50 Words For Snow reaffirmed her position as the queen of progressive music.

50 Words For Snow featured only seven tracks, including two lasting more than 10 minutes – such marathon tunes always a clear sign of progressive credentials.

Jeff Wayne/War Of The Worlds

When New York-born Jeff Wayne embarked on this labour of love in the early Seventies, he could have had no idea that it would go on to become one of the most enduring progressive music projects of all time. And still selling out venues such as London’s O2 Arena almost 40 years after its original release in 1978.

To emphasise its crossover credentials, it has more recently starred, on record and on stage, the likes of Gary Barlow, Jason Donovan, Shayne Ward and Carrie Hope Fletcher.

Charlotte Church? Are you sure?

Yup, the chorister turned leftist political activist is embraced by many in the prog community following her most recent musical offerings.

Last year Charlotte unveiled volume four of her series of self-released EPs. Forget Crazy Chick or Pie Jesu – new tracks such as Death & Mathematics, Little Movements and Enchantment may not be bothering the pop charts, but this is experimental, progressive music straight from the Kate Bush box of tricks.

In the mid-Seventies, these orchestral rock-pop titans scored a string of hits, including the likes of Mr Blue Sky, Livin’ Thing and Telephone Line.

But, before turning pop, ELO produced a string of concept albums which single them out as determinedly progressive, reaching their apex with Eldorado, A Symphony.

Whether ELO were pure prog or not is a debate which continues to rage among fans, but when founder Roy Wood, who went on to found Wizzard, drew up his manifesto for the band, it was to create a rock band with a classical sound, a sure sign of progressive leanings.

Indeed, while their recordings largely centre around simple rock song structures, these are overlaid with symphonic arrangements and clearly orchestral textures.

In pure prog rock terms, it is hard to find a place for Kraftwerk – but as one of the most experimental and avant-garde acts of all time, who could possibly argue with their position among the leading architects of progressive electronica?

While their early albums focused on a selection of experimental jams, even after that their sound was undeniably revolutionary and continued in a defiantly concept-album vein.

Few would argue with this Devon-founded rock band’s characterisation as the biggest progressive rock act on the planet. They have outsold all other rivals this millennium with 4.4m albums shifted in the UK since January 2000.

They certainly tick all the prog boxes. Consider Matt Bellamy’s extravagant vocals and their creatively inventive guitar and piano.

There's also the thematic nature of their music – for example, albums such as The Origin Of Symmetry (fear of technology) and Black Holes & Revelations (alien invasion, among others) – not to mention the influence of science fiction literature on their lyrics.

Of course, for many fans they're simply one of the best rock bands making music today, as evidenced by a string of "best live act" awards and five number 1 albums, including this June’s Drones album, of course.

The Australian songwriter with the voice of Peter Gabriel scored the biggest single of 2012 with the million-selling Somebody I Used To Know, in collaboration with Kimbra.

Since that huge single, debate has raged on progressive music forums, whether he might actually be a progressive artist.

His experimental bent, multi-instrumental expertise and stated influences, such as progressive rock bands such as Dream Theatre and Kings X, all point in the same direction. Plus, of course, his vocal likeness to former Genesis frontman and prog god Gabriel doesn’t harm either.

Of course, it’s hard to imagine anyone would doubt the Floyd are the grand-daddies of progressive music, dating right back to the late Sixties, when Syd Barrett was frontman, and up to the present day. Their latest album The Endless River took them back to Number 1 in the Official Albums chart last November.

They have since insisted that they have called it a day (again), but they have left a huge music legacy. For a start, their only UK Number 1 single, Another Brick In The Wall, straddled two different decades, becoming both the last chart-topper of the Seventies and the first of the Eighties.

But to experience their full progressive splendour, the only place to start is Dark Side Of The Moon, which is among the Top 10 biggest albums of all time in the UK and continues to sell in huge volumes even today. It is the biggest selling progressive album of the millennium so far, with 1.1m copies sold since January 2000.

What's your prog fave? Join the conversation on Facebook and Twitter or right below in the comments.