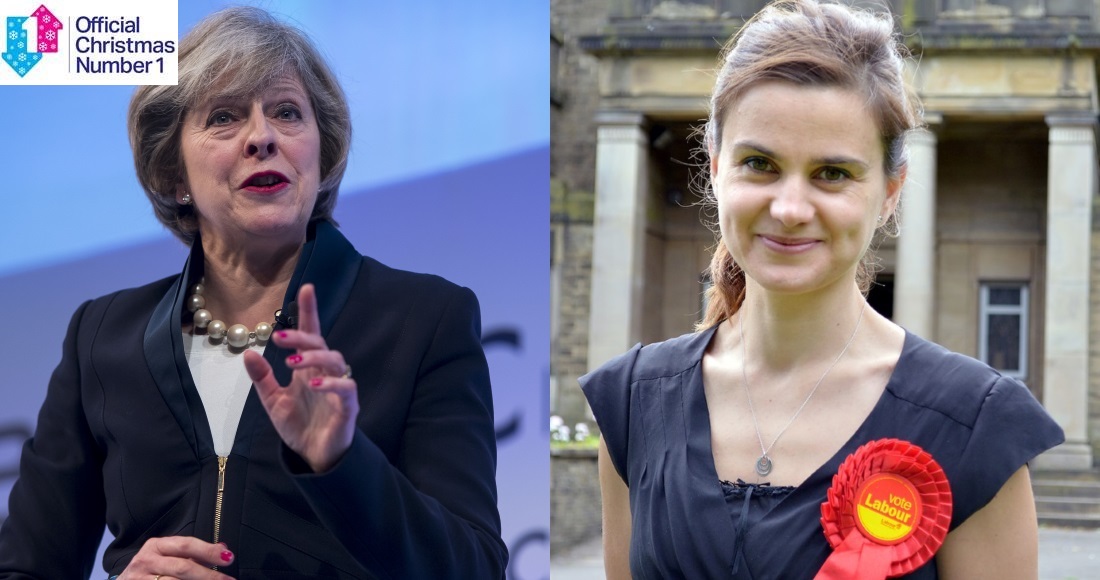 Prime Minister Theresa May has thrown her support behind a single in memory of MP Jo Cox contending for this year's Official Christmas Number 1.

The track, which is a cover of the Rolling Stones hit You Can’t Always Get What You Want, features the likes of Kaiser Chiefs’ frontman Ricky Wilson, Cockney Rebel’s Steve Harley, KT Tunstall and David Gray. It is released this Friday, December 16.

The subject of the song was raised by Labour leader Jeremy Corbyn during today's Prime Ministers Questions (December 14), where he called on all MPs to download the single in her memory.

Theresa May agreed, stating: "The Right Honourable Gentleman is absolutely right, we should send a very clear message, download this single for the Jo Cox Foundation, it's a very important cause.

"We all recognise that Jo Cox was a very fine member of this House... it's right I think, the Chancellor of the Exchequer is waiving the VAT on this single. Everybody involved gave their services for free. Once again let's just encourage everyone to download this single." Watch below:

The PM confirmed that Chancellor Philip Hammond has waived VAT on the single. The money instead will will be donated to the Jo Cox Foundation, which supports charities including the Royal Voluntary Service and White Helmets.

He said: "Jo Cox dedicated so much of her life to helping people less fortunate than herself and the charity named in her honour is carrying on that excellent work.

“It is only right that we do what we can to support that work and I am pleased to confirm that every single penny of sales from this single will go towards the good causes the Jo Cox Foundation supports."

KT Tunstall added that Jo Cox would have been “really happy at something so joyful being done in her name”.

The Government has previously waived the VAT on Christmas singles from X Factor winners, Save the Children, Band Aid Ebola, and a song for the 2010 Haiti earthquake appeal.

The track is now a major contender for this year's Official Christmas Number 1, which will be announced on Friday, December 23.

Martin Talbot, CEO of Official Charts Company, said: "For the Prime Minister to step into the Christmas Number 1 race is unprecedented – and really opens up the battle to be the festive chart-topper, in just the same way that a certain chart superstar did a year ago. Can Theresa May be this year’s Justin Bieber? We will find out in the next week or so."

Look back at all the previous Official Christmas Christmas Number 1 below: