June is Pride Month – a global celebration of the LGBT+ community and its culture – a reminder not only of how far we've come and the distance we must still travel on the road to true equality. Pride Month 2019 is a particularly big one, as it marks the 50th anniversary of the Stonewall riots.

When you think of LGBT+ anthems, old-school bangers by glamorous pop divas might come to mind. But while those songs have a much-deserved place in our hearts, minds and dancefloors, we take a look at some other LGBT+ themed tracks from recent years.

Olly Alexander is possibly one of our frankest pop stars, speaking openly about his sexuality, struggles with anxiety, and other issues affecting his generation. The band's music reflects this, and Desire – which was remixed to add LGBT singer Tove Lo – is one of the most evocative tracks.

The band's second album Palo Santo took things even further, with its provocative, artistic accompanying imagery and exploration of religious themes. Lead single Sanctify was a sultry celebration of queerness. See all the hit singles and albums Years & Years have scored in the UK

Will Young - All The Songs

This sadbanger from Will's forthcoming album Lexicon finds him reflecting on a lost love over an infectious disco-pop beat, reminiscent of his 2011 single Jealousy.

If there's one thing Australian YouTuber-turned-popstar Troye Sivan is good at, it's writing deep, catchy and uncompromising songs about sex, boys, and romance that everybody loves, whatever their orientation. The title track of his latest album Bloom is a celebration of sexuality, and it doesn't take too long to decipher the lyrics to work out exactly what he's on about. 🍑

In the video for recent single Lucky Strike, Troye finds himself in the midst of a summer romance, while on the song, he confesses to his lover all of the reasons he finds him so attactive. See Troye Sivan's charting singles and albums.

Sam Smith has always sung about relatable situations like heartbreak, unrequited love, being James Bond (OK, maybe not that one). Recently, Sam has embraced the dancefloor more, following his chart-topper with Calvin Harris, Promises, and Sam has been more open about his sexuality and sharing his experiences. Dancing with a Stranger sees Sam team up with Normani for an end of the night moody banger.

On the surface of it, this is just another (very good) song about a couple who don't want hooking up to turn into anything more serious. The difference? It's about two women and, the bonus part, sung by two LGBT artists. Fifth Harmony's Lauren Jauregui came out as bisexual in 2016, in an open letter to Donald Trump supporters, and has been overwhelmingly supported by fans.

What can we say? People within the LGBTQ spectrum can't help being hot as hell, and thank goodness Lizzo came along to explain it to everyone. Lizzo has spoken out about her own sexual fluidity and on this song she hammers home that gender or sexual persuasion isn't important – it's all about that Juice.

American Mike Hadreas has never shied away from dark themes, and uses his music to express his feelings on sexuality, identity and other issues he's faced as an openly gay man. Slip Away is about the struggle of being who you want to be in the face of resistance.

Mary Lambert – She Keeps Me Warm

We love a love song and being in love, don't we? Lighters in the air for this ballad, adapted from the chorus of Same Love, which Mary sang with Macklemore and Ryan Lewis.

Hayley has gone from growing up as a Disney child star to being called "lesbian Jesus" by her adoring fans – what a career trajectory. Hayley has a sharp ear for uncompromising bops, starting with Girls Like Girls – "girls like girls like boys do, nothing new" being one sample lyric. Curious and its summery vibes have a deeper theme – the crushingly relatable situation of realising you may have been someone else's "experimental phase" and feeling more than a little put out. 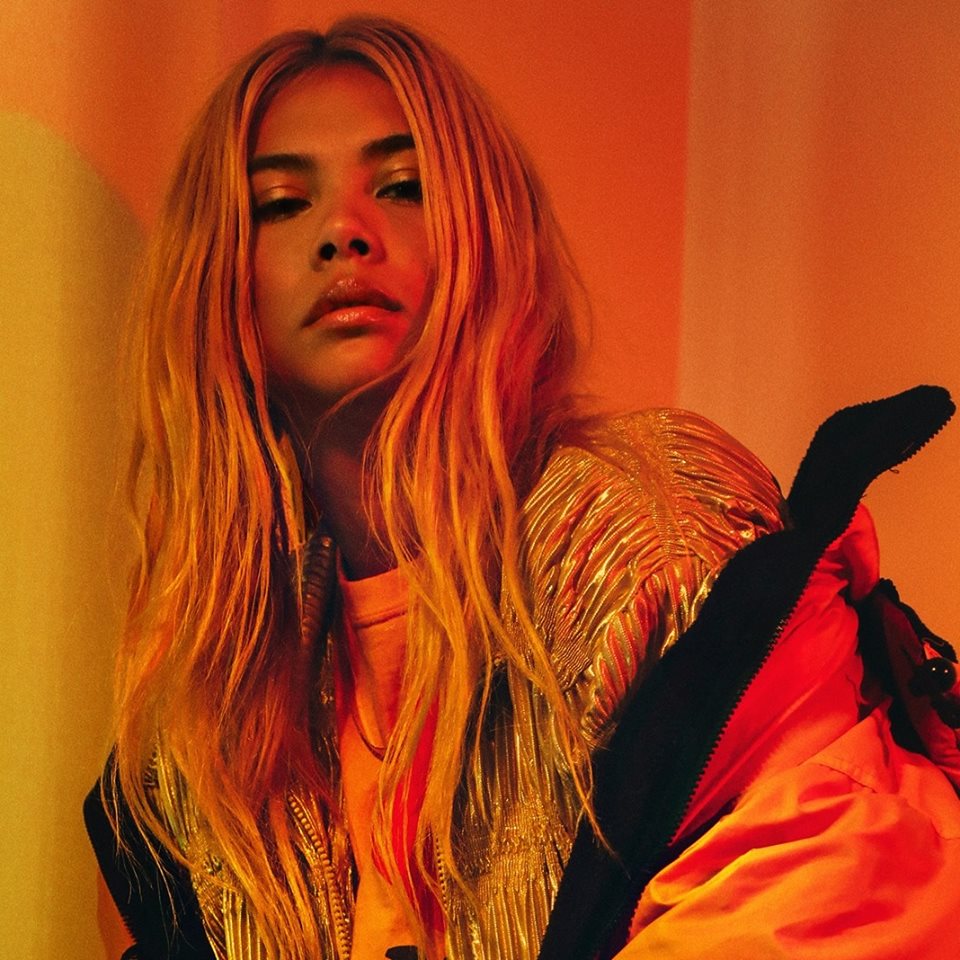 Just days before the release of his debut album Channel Orange, intense speculation led to Frank confirming his sexuality on Tumblr, telling fans he fell for a guy when he was 19. Many of Frank's songs have explored sexuality, in a variety of ways, and this track uses the characters from hit '90s movie Forrest Gump to represent a story of hero worship and unrequited love. Take a look at Frank Ocean's UK chart archive

American rapper Mykki has deconstructed gender, sexuality, identity, sexism, racism and masculinity in her music so far, and with tough tracks like Feeling Special taking no prisoners. High School Never Ends is one of her more emotive tunes, originally written with the refugee crisis in mind, but with a lot to say about finding your own space in the world and the hierarchies that try to keep us where we are. 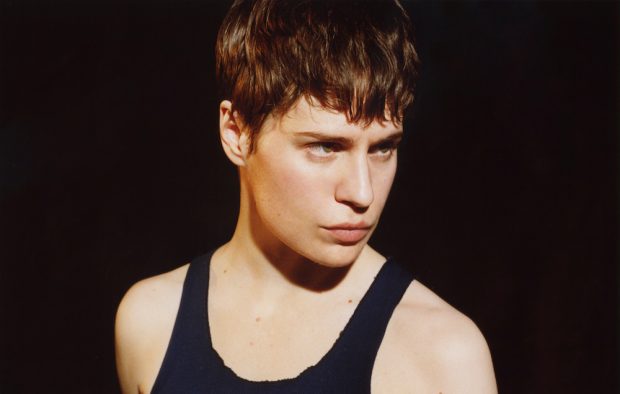 The singer-songwriter-producer, who's been behind tracks by Beyoncé, Madonna, Little Mix and Stormzy, among others, preferred not to make a big deal about his sexuality until he was asked. Once out – and very proud – he's produced a number of LGBT anthems, most recently Tongue, which he found liberating. "Now I’m not afraid to touch on relationships and on my sexuality in my videos," he said in an interview with Billboard. And he certainly isn't – the video is a wildly colourful scene of gay seduction. Yay! 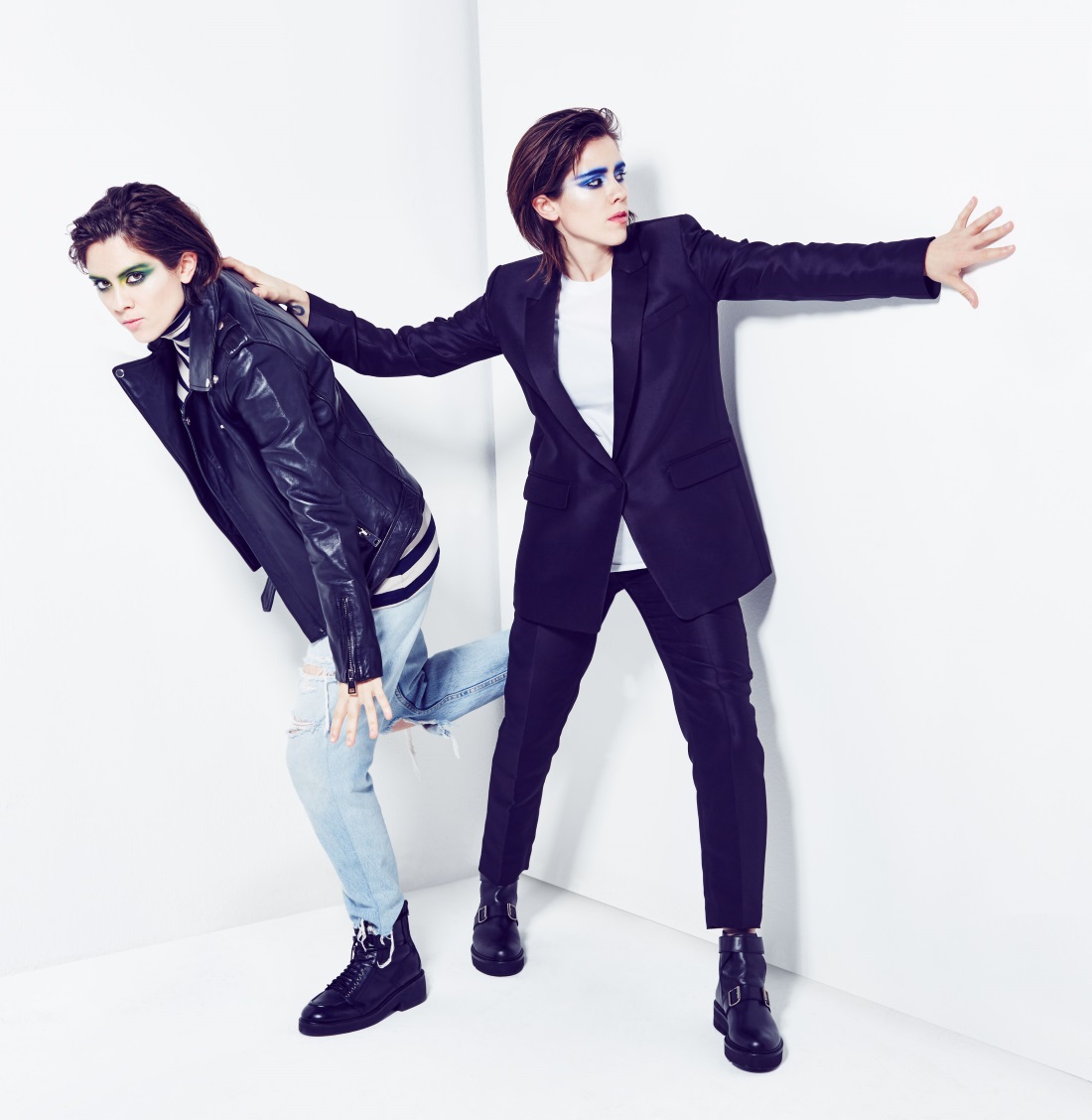 Listen to all our picks for modern LGBT+ anthems in our playlists on Spotify and Deezer.