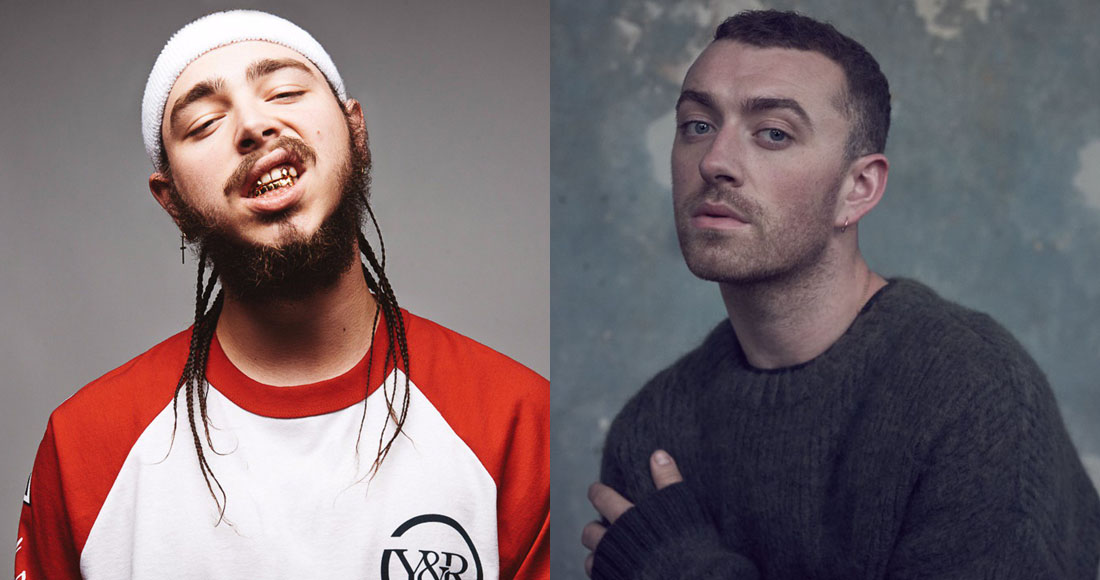 Sam Smith’s Too Good At Goodbyes celebrates a third week at Number 1 after an incredibly close race on this week’s Official Singles Chart.

The track, which heads up Sam’s second studio album, keeps its place at the top after finishing just 693 downloads and streaming equivalent sales ahead of Post Malone’s Rockstar ft. 21 Savage, which climbs from 5 to 2. It’s the US rapper’s breakthrough hit in the UK, having previously reached a high of 28 with his last single Congratulations earlier this year.

Elsewhere in this week’s Top 5, Dua Lipa’s New Rules slips a place to 3, Camila Cabello leaps from 7 to Number 4 with Havana, and CNCO & Little Mix are up a spot to 5 with Reggaeton Lenton (Remix) – a return to its previous peak.

Paloma Faith notches up her eighth Top 40 today with Crybaby, which vaults 26 places to 36, and US rapper Cardi B breaks the Top 40 with Bodak Yellow. The track, which recently became the first Number 1 in the US by a female rapper in 19 years, lifts nine places to 37.

Finally, Ed Sheeran’s Perfect returns to the Top 40 this week after it was announced as the fourth official single from his ÷ album. The song jumps from 79 to Number 34.

Remind yourself of every Official Number 1 single of 2017 so far: