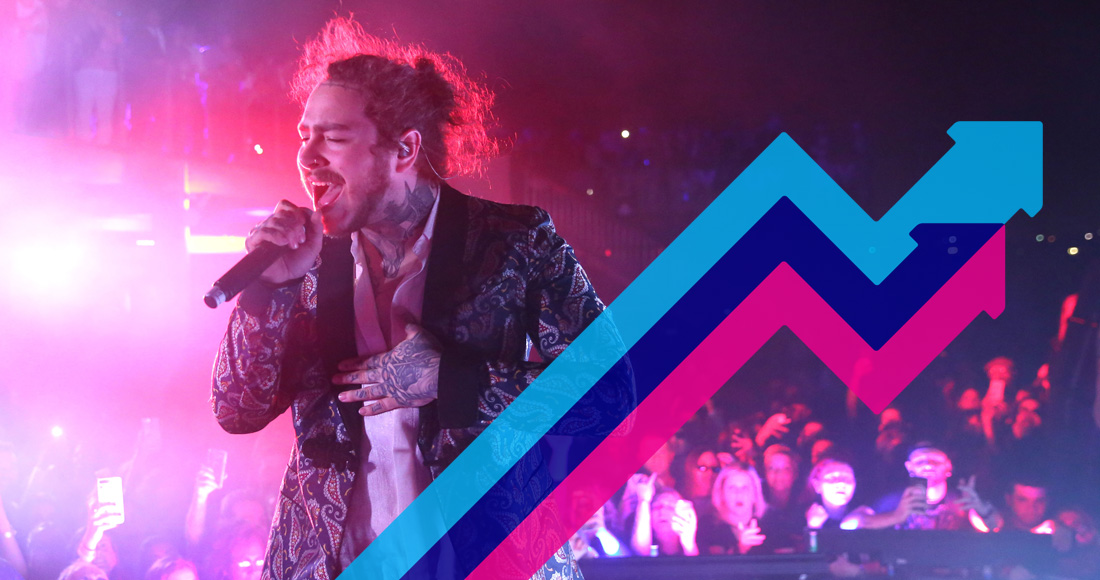 Post Malone's new single Goodbyes lands at Number 1 on this week's Official Trending Chart as the track is set to make an impressive debut on this week's UK singles chart.

The song, which features rapper Young Thug, is on course for a Top 10 debut on this Friday's Official Singles Chart. The song follows Top 5 hit Wow as the second single from his as-yet-untitled third album. Look at Post Malone's full Official UK Chart history so far.

The US singer and rapper has also released a 1950s zombie movie-themed music video to accompany the song, which sees him wandering through a small town hoping to find his soulmate. PG and R-rated versions of the clip have been released, which will help boost its streams this week.

Meanwhile, Birmingham rapper Mist makes a big impression on this week's trending chart with his latest track So High. The Fredo-assisted song is looking likely to earn the rising star his strongest debut on the Official Singles Chart yet, currently set for a Top 20 placing.

Further down, the new single from South London collective D-Block Europe, Home P**sy, is off to a strong start, as are two new collaborations from Ed Sheeran's upcoming album - Best Part of Me ft. Yebba and Blow ft. Chris Stapleton and Bruno Mars.

Elsewhere, Lizzo's Truth Hurts continues to grow as it eyes a climb into this week's singles Top 40 for the first time, and Westlife are making waves with their third single since the announcement of their comeback, the Ed Sheeran-penned Dynamite.