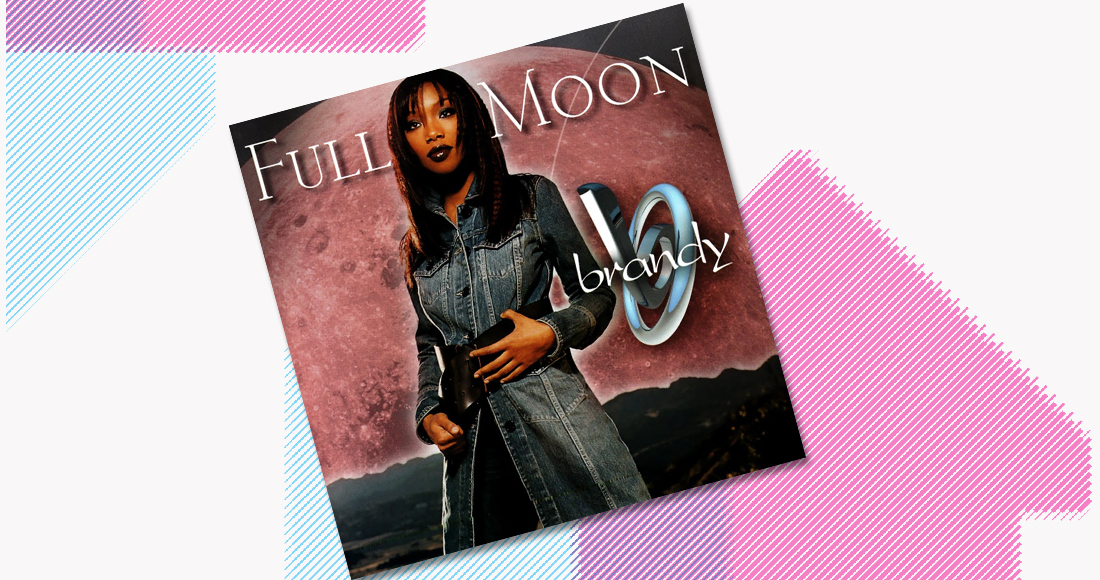 To mark today's solar eclipse – which we didn't actually get to eyeball because of all those clouds this morning – we ventured out into the cosmos for today's Pop Gem.

Our regular hunt for overlooked classics and big hits of back in the day to induct into our Pop Gem Hall Of Fame had a Sun, Moon, stars and space theme – we wanted songs or artists associated with an intergalactic slant.

The Top 10 up for consideration was certainly a stellar line-up.

Choosing a Pop Gem isn't exactly rocket science – bad joke, sorry – and when it came down to it, we reckoned Brandy's Full Moon was a true overlooked classic, and deserved another day in the sun.

Watch the video for Full Moon, with the brilliant remix done especially for UK release, before we explain ourselves.

Why it had to be Brandy

This year marks 20 years since Brandy's first ever UK chart hit, I Wanna Be Down. Although Brandy has been around for two decades, it still feels like she's not quite peaked in terms of chart success just yet. She's had some terrific singles, and yet somehow isn't the big R&B superstar she may well have been when she first started out.

While we like the big songs everyone knows and remembers, sometimes we like to celebrate a true overlooked classic, a song that really should've been much bigger, and Full Moon fits the bill.

The title track of her second album – and her only Top 10 long player – Full Moon the single actually missed the Top 10 on its original release. It entered the Official Singles Chart at Number 15 in June 2002 and went no further, spending just four weeks in the Top 40. She wouldn't return to the Top 40 for two years…

Brandy's first top 10 was 1998's classic duet with Monica, The Boy Is Mine, which missed out on the Number 1 spot thanks to B*Witched's C'est La Vie. That track is also her bestseller in the UK, with over 625,000 copies shifted.

Over on the Official Albums Chart, Brandy has made the Top 40 four times. Full Moon is her highest chart peak there, reaching Number 9.

Relive all this week's Pop Gem contenders. Did we get it right? Who would you have picked?