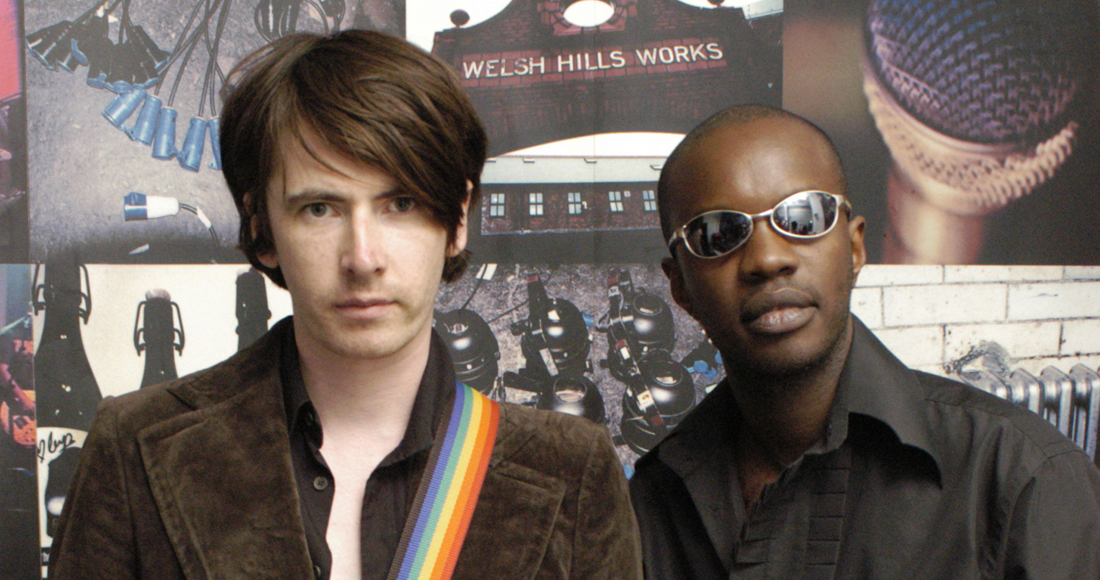 Every Friday we ask you to nominate your Pop Gems, those overlooked classics or big hits of yesteryear that deserve some more attention.

After this week BRIT Awards, celebrating the biggest and best of British music and international acts much loved by the UK public, we picked BEST OF BRITISH as our Pop Gem theme. We were looking for your fave overlooked classics and big hits of yesteryear on a UK tip.

So who did we pick to fly the flag for us in the Pop Gem Top 10?

It took a bit of scratching of heads and blaring out each song at Official Charts HQ, but we went for a true classic that's celebrating its 20th anniversary this year.

It's a great big YES to McAlmont & Butler! Watch the video for Yes before we explain why we gave it the royal "oui".

Why it had to be McAlmont & Butler

Yes is a defiant, dramatic slice of perfection from the talented pair, who formed in 1994. Guitarist Bernard Butler had just quit indie stars Suede, and powerhouse vocalist David McAlmont had tried his luck at solo success – together they created something special.

If you've ever bumped into an ex in the street, this song is for you.

While their initial time together was fraught and brief, they came back together again for a spell over a decade ago and, according to the official website, there is an announcement on its way in the coming week. Will there be a third flush of success?

As a duo, McAlmont & Butler have scored four Top 40 hits, with only Yes going Top 10. On the Official Albums Chart, both the duo's releases went Top 40.

Separately, they have equally interesting chart stories. Solo, David has two Top 40 hits, with his 1997 collaboration with David Arnold, a (very good) cover of Diamonds Are Forever reaching Number 39.

With Suede, Bernard Butler scored seven Top 40 hits, including Top 10s Animal Nitrate and Stay Together. Bernard also has two solo hits, with Stay reaching Number 12 in 1998. In 2005, he formed the Tears with former Suede bandmate Brett Anderson and their biggest hit was Refugee, which reached Number 9.

Welcome to the Pop Gem Hall Of Fame!

See all the songs McAlmont & Butler beat to make it as our Best of British Pop Gem.