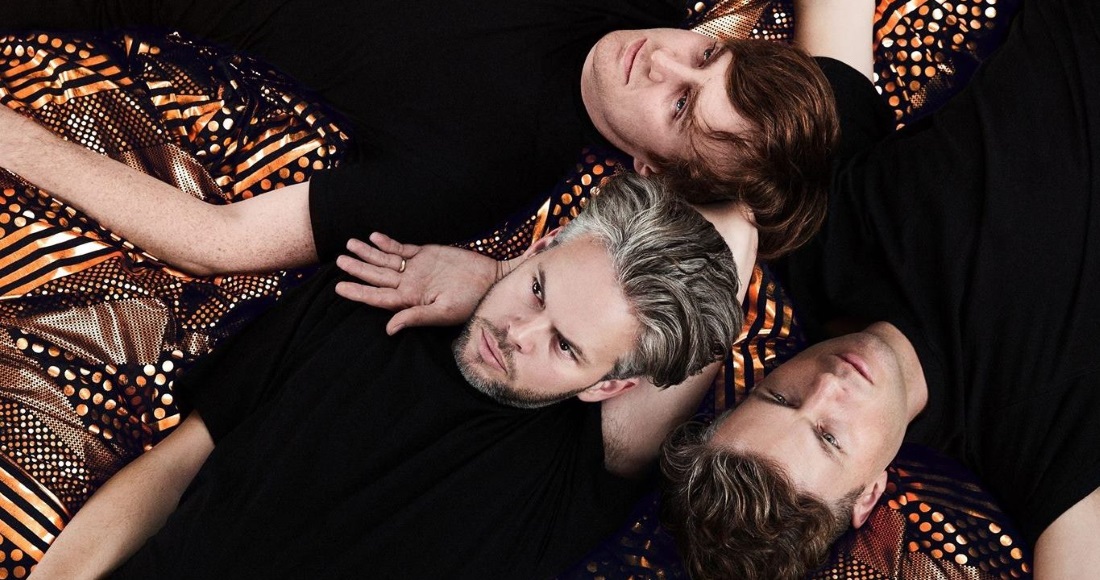 Pnau's single Chameleon is Australia's biggest dance hit of the last 12 months, and if you've not heard it yet, here's your chance.

The Aussie trio, comprising of brothers Nick and Sam Littlemore and Peter Mayes, have just enjoyed their most successful year ever in their home country after the mind-bending party starter bagged the biggest Australian artist single of 2017. Chameleon peaked at Number 4, was certified Platinum and won Best Dance Release at last year's ARIA Awards, the BRITs equivalent Down Under.

Their hit rate on the charts as unpredictable as their release schedule. In 2012 they scored a Number 1 on the UK's Official Albums Chart with Good Morning To The Night - an album of heavily remixed Elton John tracks - while Chameleon was their first new original music in five years. Did the electronic veterans expect it to take off the way it did? "Not at all. I didn’t believe in it," Nick Littlemore tells us on the phone.

"I'd just had a weekend away, took a bunch of mushrooms and came back and we did this track, and it was in the ether, so to speak. The label were then jumping up and down about it, and I was like, 'Really? This is the single?' But music, it’s not for the people that make it, so I don’t know if we understand as much as the people that hear it? We don’t really get it. But Peter will tell you that 100% he knew it was a hit all along."

2017 saw many changes for Pnau. Sam (aka DJ Sam La More) became a full-time member of the group and helped take them back to the club, moving away from the wonky pop sound UK fans may be familiar with, including 2014's Number 3 hit Changes with Faul vs Wad Ad.

Discussing the group's new dynamic, Nick, who is also a member of electro-pop duo Empire of the Sun, explains: "Sam and Peter are really, really good at the technical side, and at some point, I just opt out and let them tune kickdrums for six months because I just can’t be f**ked. I’m all about the initial creative process, writing and shooting an hour from the heart, really trying to crystallise lightning in a bottle."

Chameleon is also by no means a flash in the pan either; it's success led to Pnau's latest single Go Bang reaching the Top 10 in Australia as well. Their album, Changa, named after a hallucinogen that "really expands your understanding of the true nature of reality" according to Nick, has became the group's highest charting record in their home country.

Nick puts their recent success some 20 years into his career down to "still understanding that we know very little... listening... trying to put our best foot forward.

"We try and go through this in a very humble way. We’ve always been about positivity. I have no interest in putting any negative thoughts into the universe. They’re only going to come back and f**k you up, and we’re not into that. We want to put golden, beautiful, pure thoughts out there.

"Music is the great communicator; it was probably the first language that there ever was, and it will be the last thing. I believe the universe was sung into existence, I don’t know who sung it exactly, but it feels like everything really is music. We don’t write the music, it is written by some kind of divine presence that in moments, we are open to having that enter our space."

He concludes: "I just want to continue dancing and to make love through music to people and bring them out of the doldrums of the sh*t f**king world we’re living in."

For Nick, the dancing looks to continue well into 2018, with Pnau "aiming for a big summer to play some bangers for the kids." Nick also revealed that the next Empire of the Sun record is on the horizon and is inspired by Blade Runner ("we’ve worked with a lot of Japanese artists – it’s a huge shift sonically"). Meanwhile the next project in his Two Leaves series of albums, a "sexy disco record" with Hurts' Theo Hutchcraft, arrives next month. Get your glow sticks at the ready.