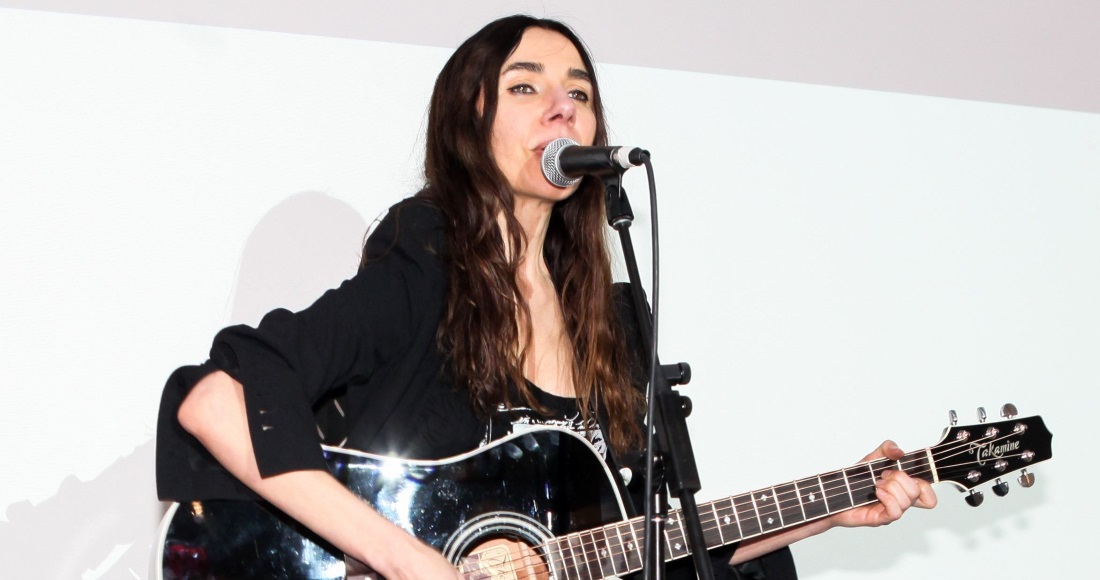 PJ Harvey is on course for chart glory this week as her latest album The Hope Six Demolition Project leads the way on this week’s Official Albums Chart.

At the halfway stage of the chart week, the singer-songwriter’s ninth studio album is at Number 1, 2,500 combined sales ahead of her closest competitor. If she manages to keep her lead until Friday’s Official Chart, it’ll be her first ever chart-topping album. Her current personal best is 1993’s Number 3-peaking Rid Of Me.

Behind PJ Harvey at Number 2 on today’s Official Chart Update is Santana’s new album IV. The record is the band’s first album with the full early ‘70s lineup in 45 years and is set to be their highest-charting since 1999’s chart-topping Supernatural.

Meanwhile, Adele’s 25 slips from 2 to 3, Sia’s This Is Acting leaps five places to 4, and Aled Jones’ One Voice completes the Update Top 5.

Two albums enter today’s Official Chart Update following last Saturday’s Record Store Day (April 16). A special edition release of David Bowie’s third album The Man Who Sold The World sends it back up to Number 8, while a re-issue of Madonna’s Like A Virgin & Other Big Hits! – originally released in Japan in 1984 – is at 40.

Elsewhere, six new releases are on course to enter this week’s Top 40: Andre Rieu’s Magic Of The Waltz (17), The Machine Stops by English rockers Hawkind (18), This Path Tonight from singer-songwriter Graham Nash (22), and A Sailor’s Guide To Earth by US Americana star Sturgill Simpson (26).

Finally, two newly-released deluxe edition Phil Collins albums are on track from a Top 40 placing. 1985’s No Jacket Required (19) and 2002’s Testify (27) are the latest reissues from the star’s Take A Look At Me Now campaign.