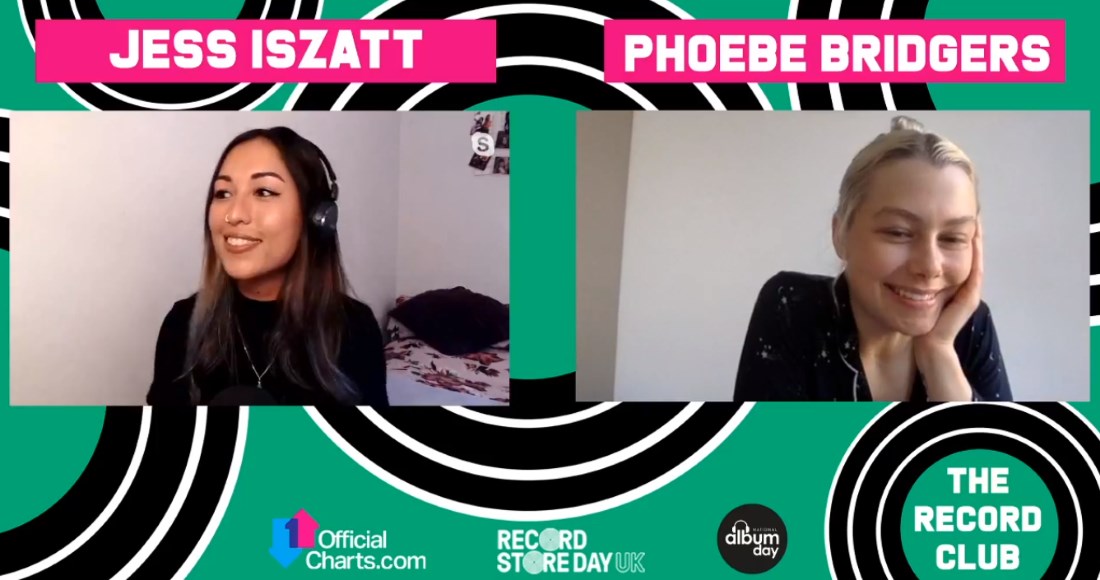 The Californian indie rock singer joined host Jess Iszatt to discuss her new album Punisher, which stormed to Number 1 on the UK's Official Record Store Chart, being the most purchased album in independent retailer on release in June. Phoebe's second studio album peaked at Number 6 on the main Official Albums Chart and also topped out at Number 2 on the Official Vinyl Albums Chart.

Pheobe and Jess discussed the origins of Punisher's album title, the now iconic status of Phoebe's skeleton costume, the significance of Halloween in her music, the concept of her brand new music video for I Know The End, and even her favourite crime series' and her reaction to Taylor Swift's new album Folklore.

Watch the full episode below.

Many local independent record shops are now offering online home delivery during lockdown for the first time - if you're not able to visit in-store, find your local one below and click straight through.