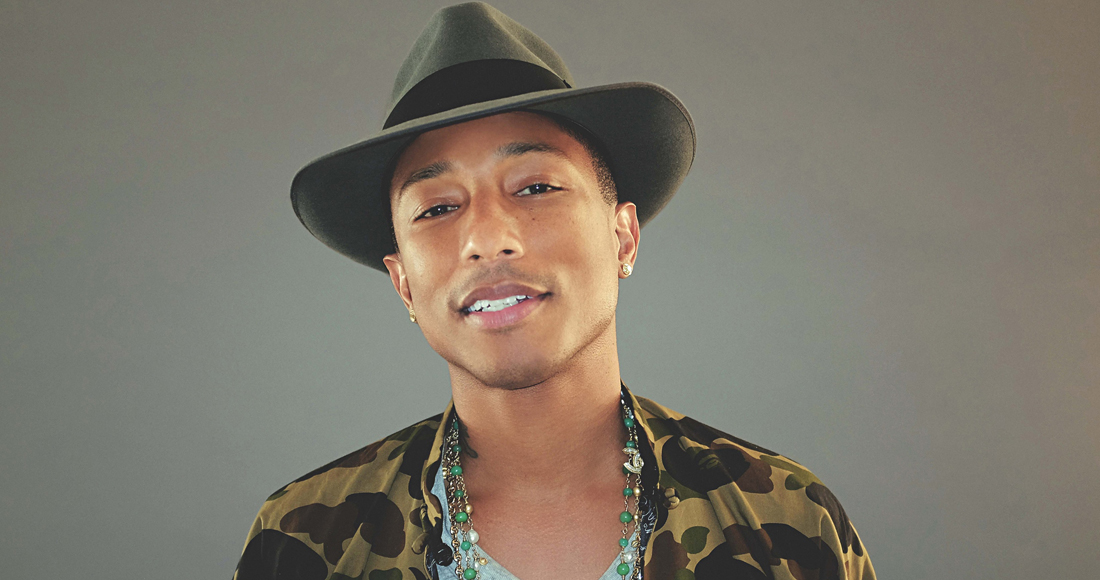 The Happy hit-maker has released the video for new single, Marilyn Monroe.

Pharrell Williams has unveiled the video for Marilyn Monroe, his follow up to million-selling single, Happy.

The video sees Pharrell and, of course, his trademark hat, surrounded by a mass of scantily-clad dancers and even includes a cameo from Kelly Osbourne.

Pharrell has had an amazing 12 months, becoming the second act in the history of the Official Charts to score three million-selling singles in a year! His collaboration with Daft Punk, Get Lucky, passed the million mark in June 2013, followed by Blurred Lines with Robin Thicke and T.I., in July and finally, smash hit Happy in March of this year.

Marilyn Monroe will be the second single to be lifted from Pharrell’s second studio album and Official Albums Chart Number 1, G I R L.

Check out the video for Marilyn Monroe below: