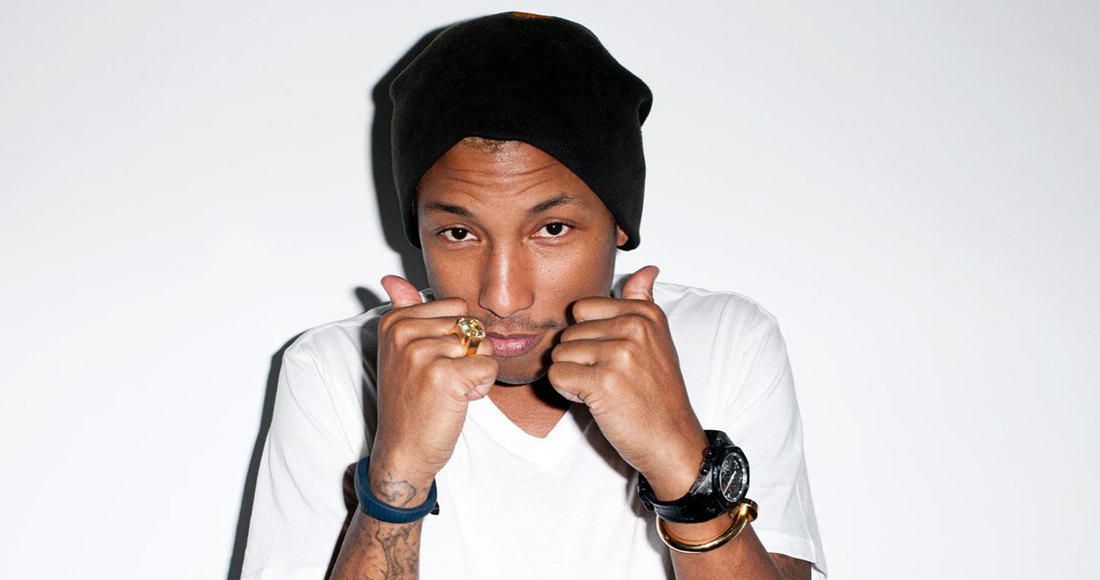 Pharrell is set to hold onto Number 1 for another week as Happy heads towards half-a-million sales in the UK.

Pharrell Williams looks set to retain his Official Singles Chart crown for a third time this weekend with Happy. And, not only that, the US singer and producer’s track is also on course to break through the half-a-million copies sales barrier before the week is out.

According to the Official Charts Company’s latest sales data, nearly 496,000 copies of the Happy have been purchased in the UK since it was released last summer.

Taken from the soundtrack to Universal Pictures’ computer-animated comedy Despicable Me 2, Happy made its Official Singles Chart debut at Number 71 at the end of November. It then shot up the Official Singles Chart, entering the Top 10 two weeks later. Happy also gave X Factor winner Sam Bailey a run for her money when it became an unexpected entrant in the Official 2013 Christmas Number 1 race.

Pitbull and Ke$ha hold firm at Number 2 with Timber, while Avicii’s Hey Brother is also a non-mover at Number 3.

Elyar Fox is on course to become this week’s highest new entry, and score his first ever Top 10 single this weekend. The 18-year-old Londoner, who has been dubbed the UK’s answer to Justin Bieber, enters at Number 4 on today’s Update with Do It All Over Again.

This week’s Official Singles Chart Update Top 5 is completed by Jason Derulo’s Trumpets, down one place to Number 5.

In addition to Elyar Fox’s Do It All Over Again (Number 4), there are three other new entries on this week’s Official Singles Chart Update.

Shakira and Rihanna are new in at Number 12 today with Can’t Remember To Forget. The track, which was released on Monday, will be Shakira‘s 11th UK Top 40 hit, and RiRi’s 39th.

Meanwhile, Tinie Tempah’s new single Lover Not A Fighter and Beyonce’s XO both look set to make their Top 40 debuts on Sunday. Love Not A Fighter, which also features Labrinth, climbs five places to Number 37 today, while XO is up six to 39.