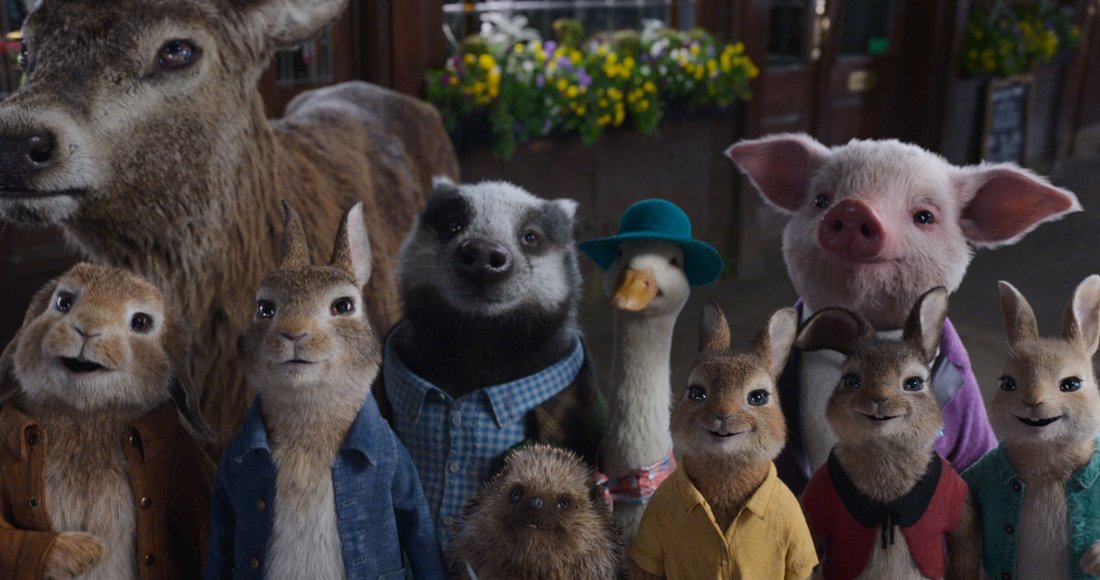 Peter Rabbit 2 scores a third week at Number 1 on the Official Film Chart following the film’s release on DVD and Blu-ray. With 87,000 sales, the family favourite leaps ahead of the rest of this week’s entries across both digital download and disc formats.

The Croods (2) and Space Jam (3) hold firmly on to their positions, while the boxset of Peter Rabbit 1 & 2 also sees the benefit of a disc release, climbing 1 place to Number 4, as does the Oscar-winning Promising Young Woman which flies up five spaces to Number 5.

At Number 6 is this week’s highest new entry, Luca. A boy named Luca and his best friend Alberto spend an unforgettable summer having the time of their lives with their new friend Giulia – but their fun is threatened by a pretty big secret: they’re actually scaley, yet harmless, sea monsters from a different world just below the water’s surface.

This week’s Official Film Chart online show features a preview of Those Who Wish Me Dead, starring Angelina Jolie. The action-thriller is available to Download & Keep from 16 August.