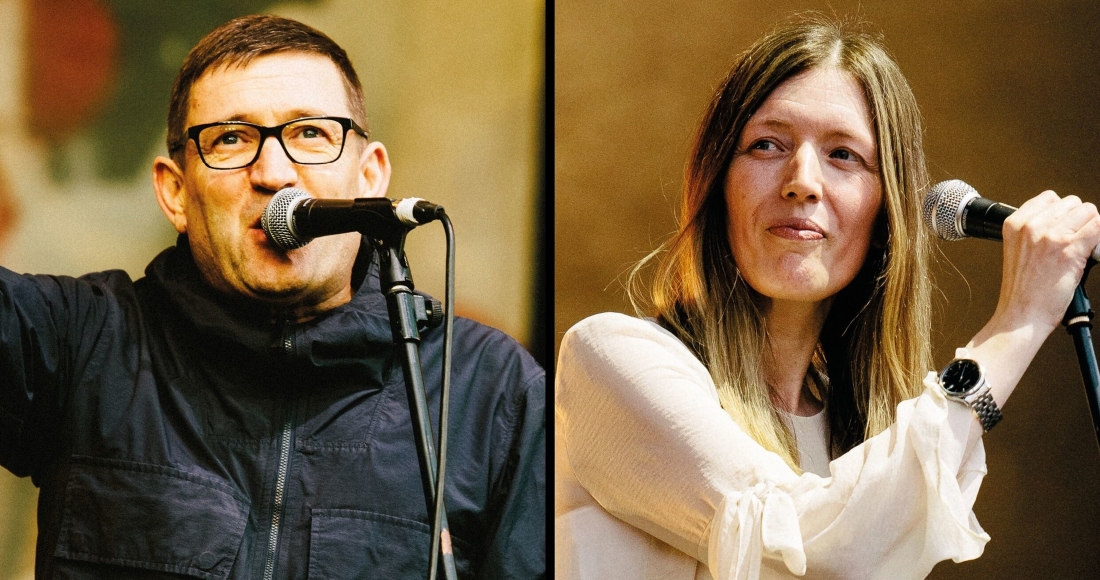 Paul Heaton & Jacqui Abbott are speeding towards the Number 1 spot on this week’s Official Albums Chart with their latest album Manchester Calling.

Since its release last Friday (March 6), Paul and Jacqui’s fourth album as a duo is currently outperforming its closest competition by more than double.

Their last album as a pair, Crooked Calypso (2017) reached Number 2 on its debut; and while Manchester Calling could be the duo’s first chart-topper in their current formation, previously as members of Beautiful South they landed three Number 1 albums: Carry On Up The Charts: The Best Of (1994), Blue Is The Colour (1996) and Quench (1998). See Beautiful South's full UK charts history.

Meanwhile, opening at Number 2, City of Love by Deacon Blue is on course to become the Scottish band’s sixth Top 10 album. The pop-rock outfit previously earned a Number 1 in 1989 with When the World Knows Your Name. US rapper Lil Uzi Vert is at Number 4 with Eternal Atake (4), which was surprise-released last Friday and could be his first UK Top 10 album.

Further down the Top 10, Smoke & Mirrors by The Fizz opens at Number 6 could become the band’s highest-charting album, topping 1982’s Are You Ready (as Bucks Fizz) which peaked at 10; and a live album from the late Rory Gallagher, Check Shirt Wizard: Live in ’77, starts at Number 7.

Rising US singer-songwriter Lauv is at Number 11 with his debut album How I’m Feeling, just ahead of Jhené Aiko, who could land her highest UK charting album with Chilombo, currently at Number 13.

Finally, The Human League’s 25th anniversary re-release of 1995 album Octopus (26) and a Greatest Hits album by British country duo The Shires (35) could both nab a slot in this week’s Top 40.