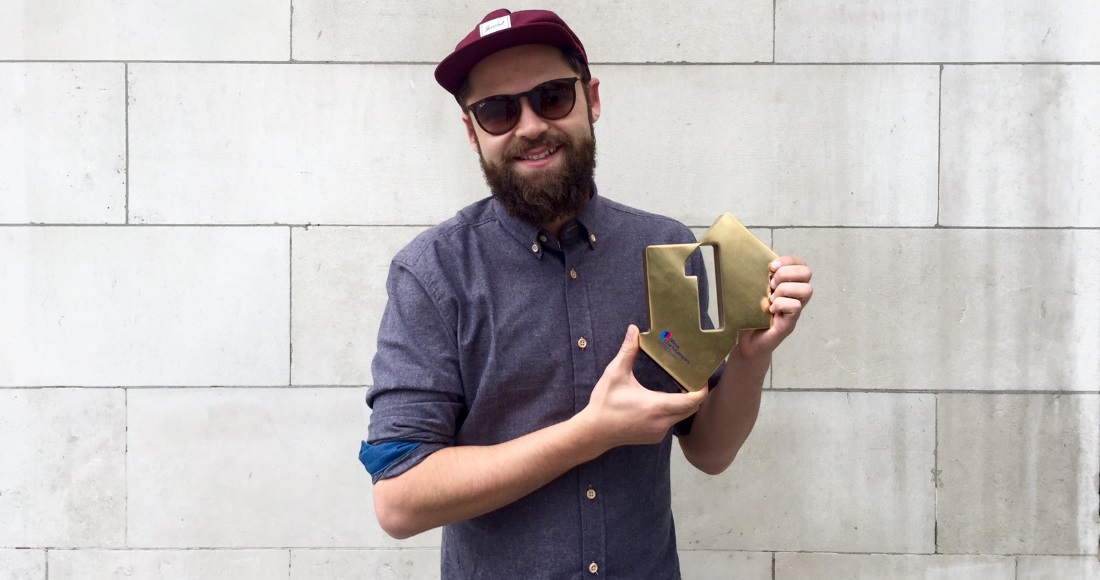 Back in October, singer-songwriter Passenger held off competition from two huge major label acts to claim the top spot on the Official Albums Chart.

The record, called Young As The Morning Old As The Sea, is Passenger's seventh - released via independent label Cooking Vinyl. And despite challenges from new albums by Bruce Springsteen and Shawn Mendes, the Number 1 was Passenger's for the taking.

We caught up with the Brighton-born singer - real name Michael Rosenberg - to celebrate; and find out just how he managed it...

Congratulations on landing your first UK Number 1 album back in September! You beat some big names – Bruce Springsteen and Shawn Mendes - that week. That’s pretty amazing, isn’t it?

“It was mad. The week before the album came out, I looked at who was releasing and basically wrote myself off a Number 1. On the week it came out we were getting chart updates every day… I couldn’t commit to the idea it would go to Number 1.”

“It was a real nail-biter! Bruce had a book out with the album as well in the middle of the week… Honestly, it was up there with the best achievements of my career. I was so overwhelmed by the support. We didn’t have a hit single with it, but it felt like people were just enjoying the album and spreading the word.”

Without a hit single, what do you think it was that sent this album all the way to the top?

“Let Her Go a few years ago opened the doors to a lot of people getting into my music and checking out the rest of my back catalogue. I’ve been touring for ten years now and during that time I've cultivated a fan base at a very grassroots level that I feel very lucky to have. The fans really got behind me with this album and I’m so, so grateful for their support."

It seems increasingly difficult to sell albums at the moment; did you have a master plan set out before you released this one?

“What happened with Let Her Go going Number 1 all over the place was obviously incredible, but I think with this one, because there was no big single blowing up on radio, it was just off the strength of the album. It’s an independent release – I’m working with a great label called Cooking Vinyl – so in some ways I think it’s a great victory for independent artists. Bruce is with Sony and Shawn is with one of the majors… it just goes to show you don’t need a million dollar advertising campaign to have a hit, you can dream big and do it off the back of hard work and a great team.”

You're on tour at the moment. What's the typical crowd like at a Passenger gig? Has everyone got their arms around each other?

“It really varies actually! Now I perform with a live band it’s a louder show and a bit more full on. Crowds always vary, but it’s mostly a cultural thing. People in different countries seem to listen to and digest music in different ways. It definitely keeps you on your toes; one night you’ll be in Barcelona where the crowd is going wild and chanting all the words, and then in Switzerland the next night they’ll be really reserved. It’s one of the things I love about touring.”

The album as well as your latest single When We Were Young has a 'coming of age' theme to it that deals with that turning point when you reach your thirties. How are you dealing with it?

“I  think you're right - there’s definitely a theme about getting older in there. I’m 32 now and I think that’s partly why I called the album Young As The Morning Old As The Sea. I’m at that point in my life where I feel young and there’s still a lot of ahead of me, but at the same time, it’s my eighth record and I’ve traveled and toured a lot and, you know…”

Everybody on your Facebook timeline is getting engaged and having babies?

“Absolutely, absolutely! And I don’t feel bad about it at all!”

Passenger's album Young As The Morning Old As The Sea is out now.