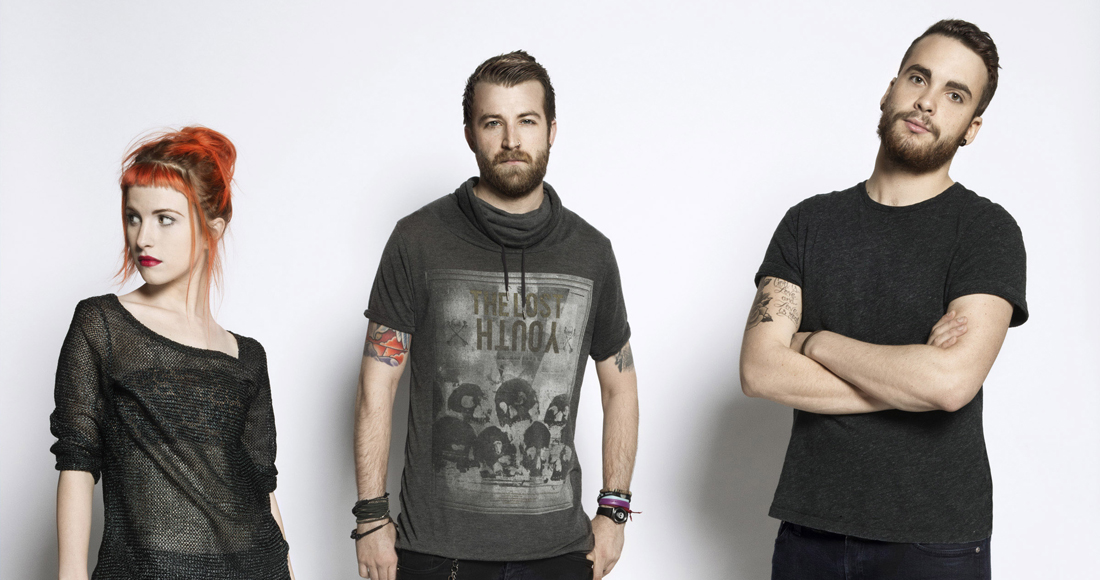 The Tennessee rockers’ self-titled, fourth studio album, and first since the departure of guitarist and drummer Josh and Zac Farro in 2010, is currently in pole position on today’s Official Albums Chart Update, outselling Timberlake’s The 20/20 Experience (Number 2) by nearly three copies to one.

The album has spawned two singles so far – Now (39) and latest single Still Into You, as performed on last week’s Graham Norton Show is shooting into the Top 40, currently riding at Number 34 in today’s Update. Frontwoman Hayley Williams also enjoyed a chart topper in 2010, guesting on B.o.B’s Airplanes.

If Paramore can maintain its lead though to Sunday, it will be the band’s second UK Number 1 album; their first being 2009’s Brand New Eyes.

P!nk’s latest album, The Truth About Love, climbs two places to Number 3, while Imagine Dragons are down two to Number 4 with Night Visions. This week’s Top 5 is completed by Slipknot duo Corey Taylor and Jim Root’s side-project Stone Sour. The pair are new in at Number 5 with their fifth album, House Of Gold & Bones - Part 2.

In addition to Paramore (1) and Stone Sour (5), there are seven other new entries on today’s Official Albums Chart Update.

London-based singer/songwriter and producer James Blake is on course for his second Top 10 album this weekend. Overgrown, the follow-up to his eponymous 2011 debut (which peaked at Number 9) is at 6 today. Orchestral Manoeuvres In The Dark enter one place behind him with their twelfth studio album, English Electric (7), while Swedish electro duo Knife are new in at Number 19 with Shaking The Habitual.

US jazz singer Madeleine Peyroux looks set to score her fourth Official Top 40 album with The Blue Room (29), and Kurt Vile is poised to make his UK chart debut with Wakin’ On A Pretty Daze (32).