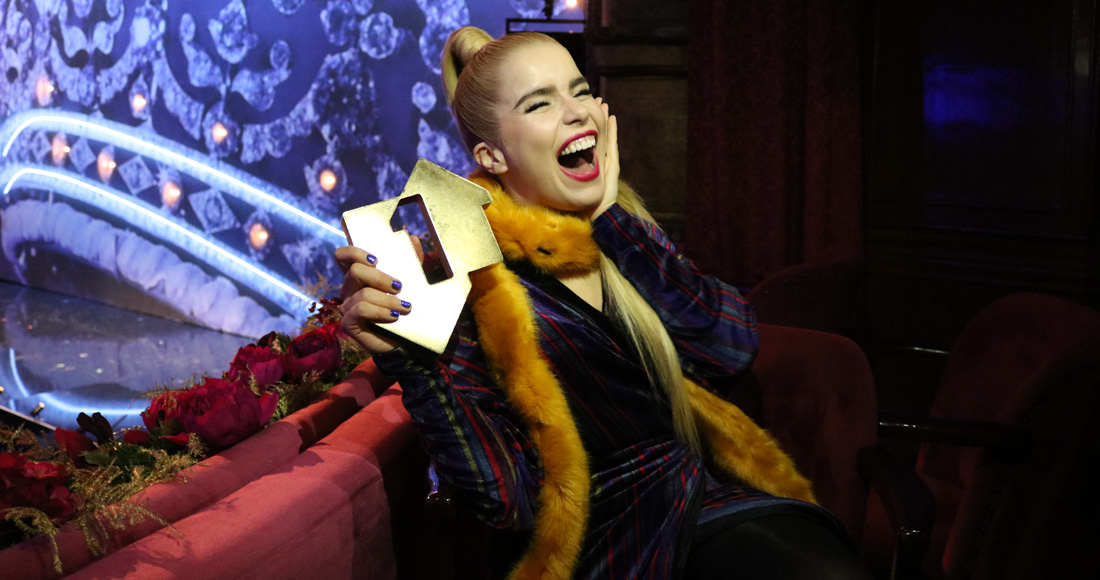 Congratulations to Paloma Faith who has achieved her first UK Number 1 album with The Architect.

Paloma's fourth studio album tops the chart with sales of 40,000, edging out Sam Smith's The Thrill Of It All (2) by just 900 copies. Paloma's debut album Do You Want the Truth or Something Beautiful? peaked at Number 9, while follow-up records Fall To Grace and A Perfect Contradiction reached Number 2 on the Official Albums Chart. In topping this week's chart, Paloma also secures the best first-week sales tally of her career.

Paloma told us at OfficialCharts.com: “I think what’s been very moving about this process is the amount of people on social media who have been saying ‘Paloma for Number 1’. It feels really heart-warming. My intention for this album is to promote kindness, compassion, empathy and understanding. It’s quite moving that it’s all paid off.

“It’s amazing to be four albums in and have my first Number 1. It’s a testament to hard work! I’m not good at celebrations, but I already have a babysitter booked for Saturday night anyway, so I’ll definitely be doing something!”

The rest of this week's Top 5 looks like this: Michael Ball & Alfie Boe's former chart-topper Together Again holds firm at Number 3, Britain's Got Talent winner Tokio Myers bows at Number 4 with his debut LP titled Our Generation, and Morrissey picks up his 13th Top 10 record with Low in High School at Number 5. Low in High School was also the best-selling on vinyl and cassette this week.

A further nine new entries impact this week's Top 40, the highest coming from Jeff Lynne's ELO - live album Wembley or Bust opens at Number 9. Iron Maiden also released a popular live album this week - Book of Souls: Live Chapter enters the chart at Number 17. Just behind them are Leading Ladies, whose debut collection Songs From The Stage debuts at Number 19.

Keane frontman Tom Chaplin picks up his second Top 40 album as a soloist with Twelve Tales of Christmas (21), ahead of Green Day's Greatest Hits - God's Favourite Band (22), Full House - The Very Best Of Madness (23), and Jools Holland and Jose Feliciano's As You See Me Now (24).

Phil Collins nets his 15th Top 40 with his latest retrospective Take A Look At Me Now at Number 26, and finally, Sia's first holiday album Everyday Is Christmas just makes it into the Top 40 at Number 39.