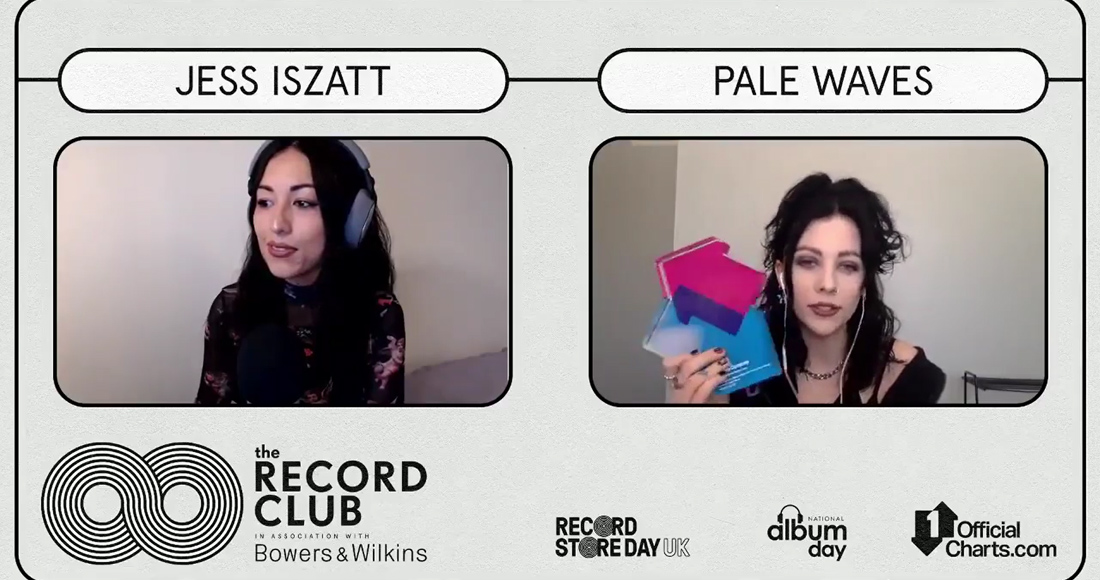 Pales Waves' Heather Baron-Gracie thanked fans for the success of their latest album Who Am I? on the latest epiusode of The Record Club with Bowers & Wilkins.

The band's second album topped the Official Independent Albums Chart this week following its release, and we presented Heather with our new Specialist Number 1 award live on stream as she celebrated the album's success, which also debuted at Number 3 on the Official Albums Chart.

"It's amazing - it means that this album is really connecting with people," Heather told host Jess Iszatt. "It's done so much better than I could ever have hoped for. Receiving the award is incredible and we're very thankful for our fans, they're literally the best."

Best fans in the world. Number 3 of the official charts and number 1 in the independent label charts 🖤 pic.twitter.com/1HXp2H5RAR

Talk soon turned to the making of the album itself, including the different style they wanted to take for their second studio release.

"I didn't want to just rewrite the first album, I didn't want to do that 80s-influenced sound again," she explained. "We've already done that, what's the fun in that? I wanted a lot more guitars on this record and a lot more instruments to feel real rather than programmed." She continued, "I feel like this second record is a lot more alternative than the first record".

Elsewhere in the interview, Heather revealed she's currently deciding on the perfect bonus track to complement the rest of the album, "I'm going through all the demos that we have now and figuring out which one i want to finish - which one would be suitable", and revealed the title of the current frontrunner.

Watch the full episode of The Record Club with Pale Waves below.