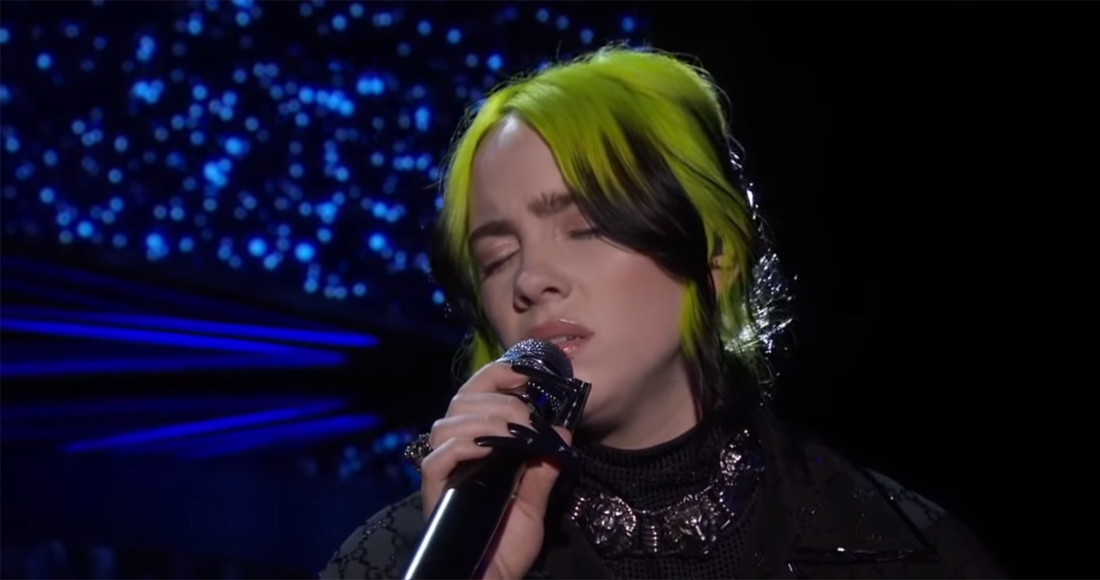 Billie Eilish and her brother/collaborator Finneas covered The Beatles at last night's Oscars (Feb. 9), while Eminem gave a surprise performance at the ceremony.

Billie performed a rendition of Beatles classic Yesterday - accompanied by Finneas on the piano - during the In Memorian segment of the show, which paid tribute to film stars and industry legends including Doris Day, Agnest Varda, Peter Mayhew and Catherine Burns.

The segment opened with a tribute to the late basketball player Kobe Bryant, who died last month in a helicopter crash. Kobe won an Oscar in 2018 for his short film Dear Basketball. Watch the full performance below.

It was rumoured that Billie would premiere her upcoming Bond theme song for No Time To Die.

The star recent won all of the 'big four' awards at last month's Grammys, including Album of the Year for her chart-topping debut When We All Fall Asleep Where Do We Go?.

Meanwhile, Eminem made a surprise appearance following a segement in the ceremony that celebrated iconic music moments in films, appearing through a trapdoor under the stage.

He then performed one of his own iconic music-movie moments, Lose Yourself, which featured in his 2002 film 8 Mile. The song reached Number 1 on the Official UK Singles Chart that same year - view Emiem's Official UK Chart history in full here.

#Eminem performing 'Lose Yourself,' which won Best Original Song at the 75th Academy Awards, at the #Oscars tonight. 🎤 pic.twitter.com/UioaaXdjWD

Lose yourself. The #Oscars crowd gives @Eminem a standing ovation after the surprise performance of his Oscar-winning song from '8 Mile' https://t.co/GsTAC6owzz pic.twitter.com/JPAAkG1O0h

Eminem has a habit of surprising people at the moment: last month he scored his tenth Number 1 album and single in the same week on the Official UK Charts with the unexpected release of his 11th album Music To Be Murdered By.

View the full list of winners from this year's Oscars here.