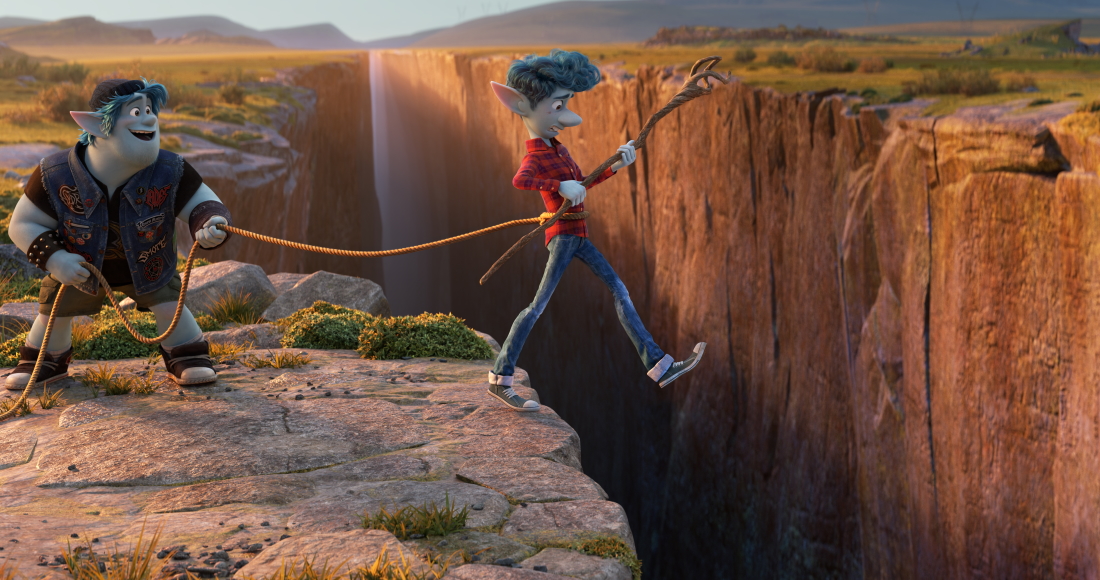 Onward reaches Number 1 on the Official Film Chart for the first time.

After five months and four stints at its Number 2 peak, the Disney Pixar animated adventure lifts one place to the top of the Official Film Chart. The animated fantasy adventure stars Tom Holland and Chris Pratt as brother elves Ian and Barley Lightfoot, who set off on a quest to reunite with their late father for one day.

Onward pushes four-week chart topper Scoob! to Number 2, as Frozen 2 holds at 3. Star Wars: Revenge Of The Sith enters for the first time at Number 4 thanks to its limited edition Steelbook release.

Blumhouse horror You Should Have Left, starring Kevin Bacon and Amanda Seyfried, debuts at Number 8 this week. In the film a former banker (Bacon) and his actress wife (Seyfried) book a holiday in the remote Welsh countryside with their daughter (Avery Essex). The perfect retreat turns into a terrible nightmare when banker Theo loses his grasp on reality, and suspects a sinister force is within the house.

MORE: This season's biggest TV, film and concert releases to entertain you this Winter

Finally, glittering Elton John biopic Rocketman zooms up eight places to Number 9, and Sonic The Hedgehog is knocked to Number 10.

On this week’s Official Film Chart catch a preview of Michael Jordan documentary One Man And His Shoes, the story of the phenomenon of Air Jordan sneakers showing their social, cultural and racial significance and how ground-breaking marketing strategies created a multi-billion-dollar business. Available to Download & Keep from October 26.