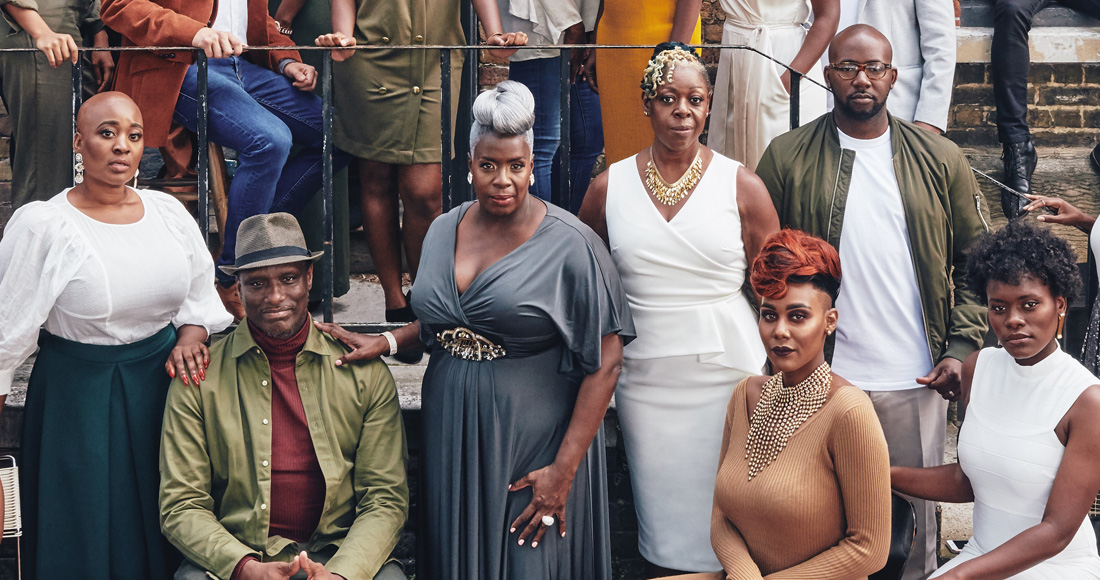 Five months ago, a group of London gospel singers called The Kingdom Choir had the gig of their lives, invited to perform at Prince Harry and Meghan Markle’s wedding.

Led by conductor Karen Gibson – dubbed Britain’s ‘godmother of gospel’ – their emotional rendition of Stand By Me immediately shot them to worldwide fame: at the time of writing, the choir are performing at the closing ceremony of Australia’s Invictus Games.

Karen and the choir are no strangers to the spotlight – their CV boasts performances at the Queen’s Jubilee, with the Spice Girls, Elton John and for Bill Clinton and Desmond Tutu – but none of them were as memorable and far-reaching as Harry and Meghan’s nuptials.

“People always say, ‘you must have been nervous, but no,'” Karen tells us over the phone while packing for the choir’s Australia excursion. “When you’ve got something to do, you look outside of yourself and think, ‘I’ve got a job to do’. I wanted to deliver this song, I wanted to get it right and I wanted them to like it. It’s not about me – it’s about giving to others. We just wanted to do this amazing thing and have a great time doing it – and for them to be happy, of course.”

The choir’s overnight success has been several years in the making. After a decade working in IT, Karen fell into teaching and running a community choir before moving into music full-time in 1996. Since then, she’s appeared as a judge on the Songs of Praise gospel choir of the year competition and at the Gospel Proms at the Royal Albert Hall in 2016. “I was happy with what I was doing because I could see the impact it was having on the people,” she explains. “It was very, very rewarding for me.”

The Kingdom Choir’s debut album Stand By Me is out this Friday, featuring the titular track and a range of gospel-tinged songs including Stormzy's Blinded By Your Grace Pt. 2 and Coldplay's Fix You. Karen admits it still hasn’t quite sunk in. “I’m quite overwhelmed with it all – and it doesn’t seem to be stopping. I’m grateful and amazed. Everything has changed so much since the wedding – has it really only been five months?”

Did you anticipate this level of interest in the choir months on from the wedding?

“It really is sustained – and it’s all over one song! That’s just incredible. Things can really change in just one moment. I can still remember being at the church on the day. When we went in we were the Kingdom Choir, and when we came out, we had to have bodyguards to cross the road to meet the media because people were mobbing us. It took about two hours. I’m still blown away by it all.”

What’s been the biggest change in your life since?

“That’s a two-pronged question. I feel like the same Karen – I still go to Asda, I get the bus, I clean my house. In those ways nothing has changed, but my daily routine has. Life is like a rollercoaster at the minute! Things keep popping up and you have to be ready. Being recognised is very odd. I’ve lived in Clapham Junction for nearly 50 years and nobody would tap me on the shoulder and say hello. Now it’s a daily occurrence, several times. I’m not complaining though - people are lovely and so appreciative.”

Are you pleased with how the album turned out?

“Yes, and I’m hyper critical. I can safely say I’m proud of this album. We did it in a very short space of time. In total we recorded 19 songs over four weekends. It was really intense. Everyone just put their shoulders to the wheel, gritted their teeth and did what we had to do. The good thing is, when you’re working with people you actually like, it’s easy.”

Were there any must-have inclusions for you?

“The songs I chose that I absolutely love are Golden and Make You Feel My Love. Those were important to me. Day-to-day I listen to gospel music like Hillsong, and I’m a big fan of soul-jazz fusion."

There’s one original song on the album, called Chases. How did that come together?

“Four years ago the choir thought we should release our own music. There are a number of songwriters in the choir and they just got writing. We had about six songs complete but hadn’t done anything with them – I hold my hands up, it was my fault – and this year I said, we’ve got to do this. We were recording around the time we got the call from Sony. Chases was one of the songs we were going to put on our EP. It’s written by Sharlene Morris and we’re very, very grateful to her.

What’s the next big goal you’d like to achieve with the choir?

“The thing is, this is a goal, isn’t it? To have an album and a platform of the world stage. We’re currently managing the transition because we want to keep our feet on the ground. Our goal is to communicate the thing that has sustained us for so long, when we were rehearsing in my front room every other weekend. [The album is] 15 songs of love, hope and inspiration. I would just love to spread more of that inspiration that I feel is feeling and gives hope. It gives my life meaning.

“When we sung Stand By Me at the wedding, it did something to people. People still come up to me and thank me and say they watch it over and over. If we can spread a bit of that across the world? That’s goal enough for me."

The Kingdom Choir's debut album Stand By Me is out on October 26.