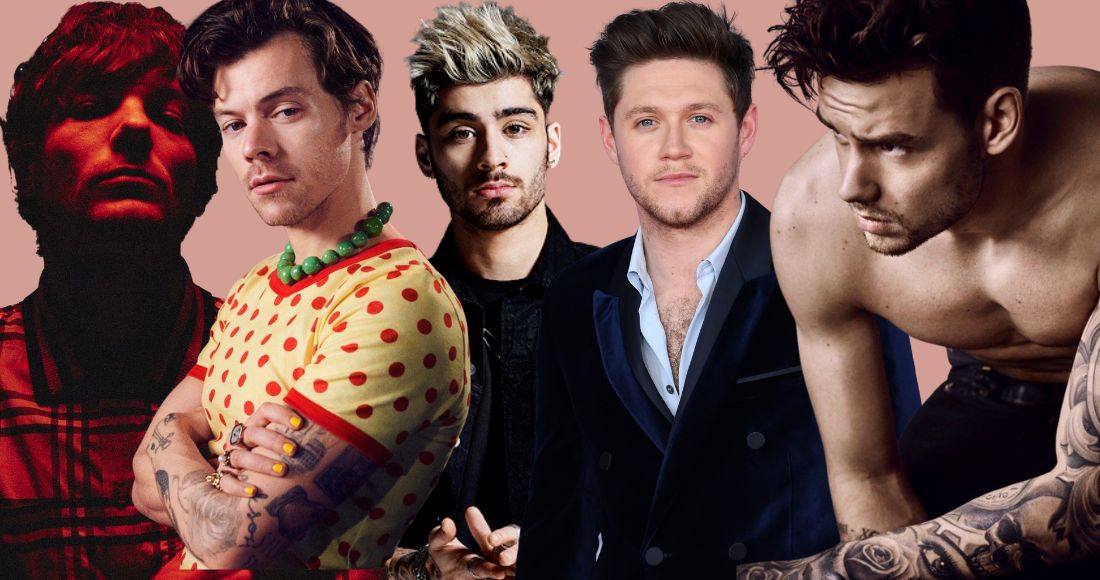 Does it ever drive you crazy, just how fast the...

OK, let's just stop that there, shall we?

It doesn't need repeating that One Direction were - and still are - are pretty big deal.

Since their indefinite hiatus was announced in 2016, each member of One Direction - that's Harry Styles, Louis Tomlinson, Niall Horan, Liam Payne and Zayn Malik, in case you've been living under a rock - have gone on to pursue solo careers of their own. each with a unique and distinguishable sound.

As Louis becomes the latest 1D member to zero in on his very own Official Albums Chart Number 1 Award with the release of his sophomore record Faith In The Future, we're revealing the biggest solo songs of each One Direction member for the first time, according to Official Charts Company data.

One Direction's Official Charts history in full - before we get started. 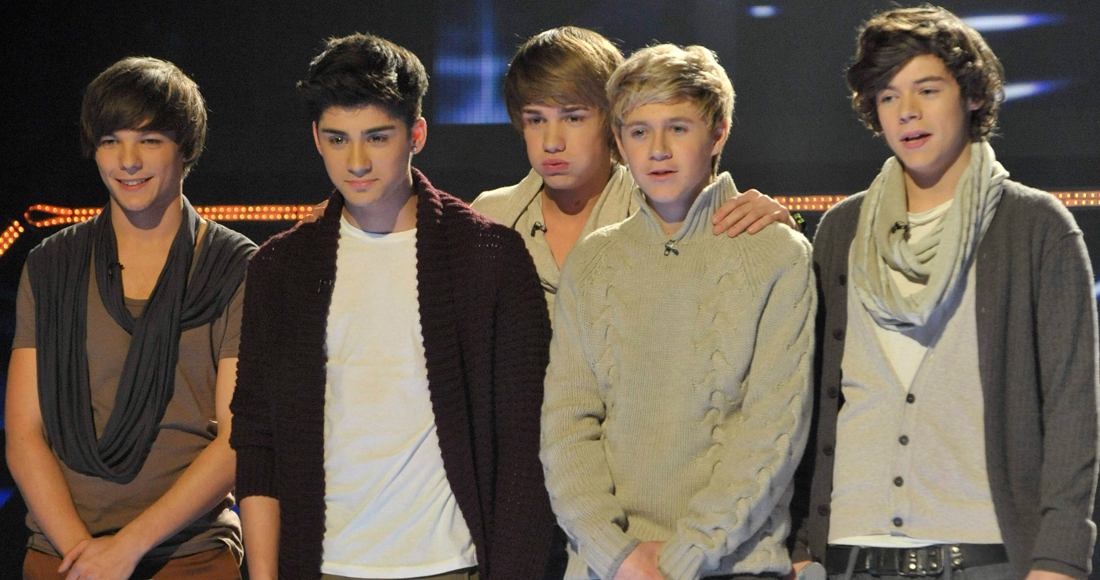 Perhaps more than any of his bandmates, Louis Tomlinson has made the concerted effort to not chase radio hits - with his two albums (Walls and Faith In The Future) finding their home in a more rock-based soundscape, influenced by the likes of Oasis and Blur. It's certainly working well for him - with Faith In The Future cruising towards becoming the Doncaster native's first solo chart-topper here.

But Louis did aim high with his first official solo offering - dance banger Just Hold On with DJ Steve Aoki, culminating in a highly emotional performance on that year's X Factor final, just days after the death of Louis' mother. With over 58 million streams to its name, Just Hold On ended up peaking at Number 2 on the Official Singles Chart, with UK combined chart sales over 667,000.

For his most-streamed track outright, however, he joined forces with Bebe Rexha and Digital Farm Animals for the icy Back To You (68 million UK streams to date).

Niall Horan had something of an...innocent persona during his time in One Direction, but that caricature was shattered spectacularly on his biggest solo hit so far, the rollicking Slow Hands.

Funky, catchy and dare we say even a little sexy, Slow Hands ranks as Niall's biggest overall hit in the UK; his first to reach the Official Singles Chart Top 10, peaking at Number 7, with combined UK chat sales exceeding 1.3 million, including over 127 million streams.

Albums-wise it's been a while since we've heard from Niall, but his last LP, 2020's Heartbreak Weather, became his first Number 1 album in the UK, so we're looking forward to seeing what he does next.

When it came time for Liam Payne to choose his post-1D sound, he went down the Timberlake-inspired route. Solo debut Strip That Down was a slice of Justified-inspired hip-pop with a guest verse from Migos member Quavo that saw success in both the UK and US Top 10s respectively.

Strip That Down remains Liam's solo hit with the most pull and pop; with well over 1.3 million combined UK chart sales and a very healthy 131 million streams and counting.

Interesting other fact for you, Liam's most-streamed video in the UK is another track entirely, Jonas Blue's Polaroid. The more you know! 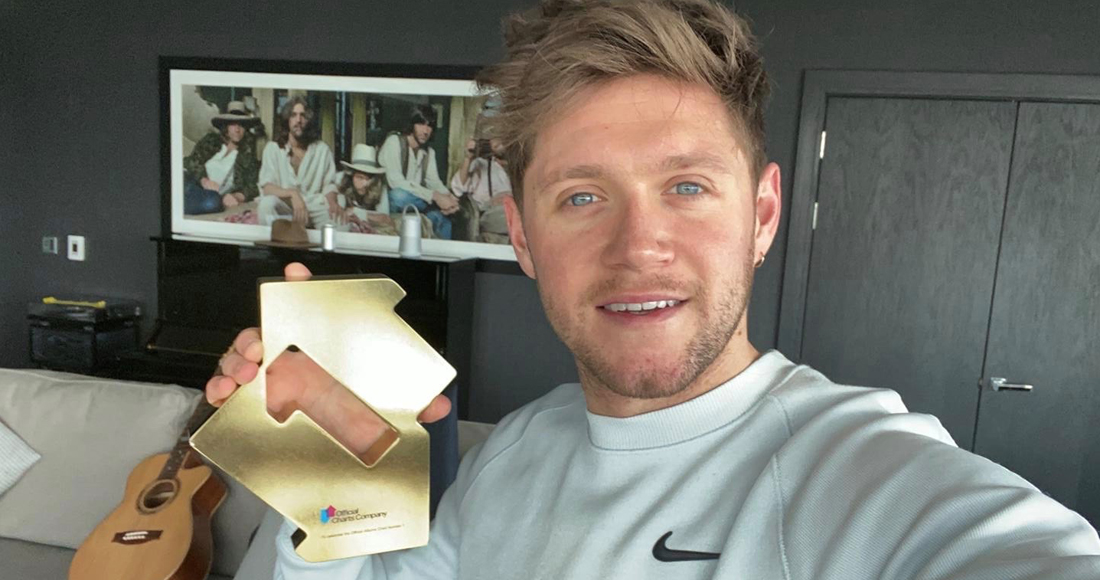 "Climb on board..." have the opening lines of a debut single ever been so seductive?

Zayn Malik may have left One Direction under slightly chaotic circumstances, but his first offering of solo music was refreshingly clear-eyed and shimmered with intent. PILLOWTALK, his biggest solo song on the Official Charts, is proof of that, with help of impassioned lyrics and inspired electronic production.

With over 1.5 million chart sales since it became Zayn's first UK Number 1 single in 2016, PILLOWTALK still stands high in esteem in the hall of fame of 1D solo efforts, if you ask us.

You may be surprised to know, however, that ZAYN's biggest streamed song in the UK is actually something else entirely' the supercharged ballad-banger Dusk Till Dawn, recorded as a duet with Sia. Despite peaking at Number 5 in 2017, Dusk Till Dawn has received 150 million streams and counting.

By any metric the biggest pop star in the world right now, Harry Styles' remarkable rise to superstardom has seen him straddle the worlds of both music and cinema, receiving the accolade of a relatively rare Official Charts Double for As It Was and Harry's House, and one of the most profitable box office hits of 2022 in psychological thriller Don't Worry Darling.

And so it's little surprise that Harry is by and far the 1D member with the most success on the Official Charts - with two UK Number 1 singles and albums apiece, as well as seven UK Top 10 hits to spare.

But what song is the biggest? Well, his psychedelic ode to carnal pleasure, of course. Watermelon Sugar was just one of several brilliant singles from sophomore record Fine Line (shoutout to Adore You), and its success speaks for itself, with Officially well over 2.1 million combined UK chart sales, with a mind-blowing 237 million streams and counting.

Harry's discography is diverse, however; current mega-smash As It Was is his most physically purchased single (12,000 chart sales), and grandiose debut single Sign Of The Times is his most-streamed video (over 20 million video streams).

One Direction's Official biggest solo songs in the UK