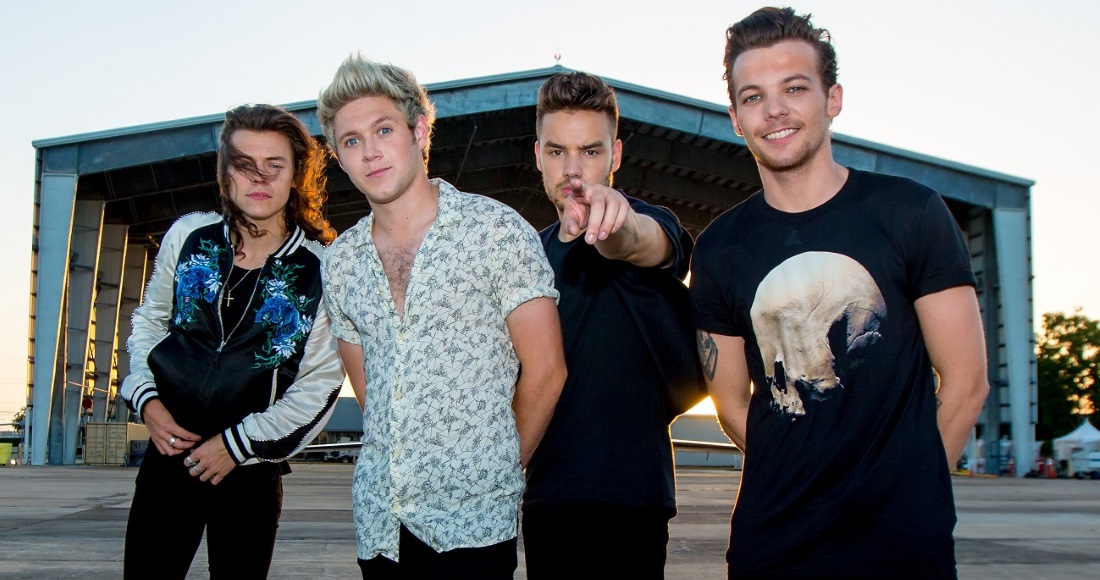 Is it true? Are One Direction really over?

If today's confirmation from Louis and Niall is to be believed, the group are absolutely, unequivocally and emphatically not splitting up and are simply taking a break to pursue personal projects. Phew!

Reports have claimed that the hiatus will last for "a least a year", but then that's what Girls Aloud said, didn't they?

Of course, it's not all over yet. Plans to release their fifth album are still very much on track; but before we look to the future, let’s take a look back at the One Direction hits we’ve already enjoyed to see how they measure up against each other. Is Best Song Ever their biggest seller ever? Has Gotta Be You gotta be in the Top 10? Has Little Things got big sales? (That’s quite enough of that, thanks. – Pun Ed)

We reveal all with a close look at the Top 5, before getting all listical and giving you the full Top 10.

1: What Makes You Beautiful

It had to be really, didn’t it? The band’s debut single, a super-poppy, riff-heavy romp rubbishing all our silly insecurities went straight in at Number 1, giving Pixie Lott’s All About Tonight a gentle nudge.

Liam has since said he’s not keen on the song, but I suppose if you’re singing it over and over again you might fancy a change. While Liam may not be keen, you lot are. It’s their top seller and even won a BRIT Award in 2012 for Best British Single – and you can’t argue with gorgeous statuette, can you?

CHART FACT: What Makes You Beautiful was one of SIX songs to keep Maroon 5‘s Moves Like Jagger off the Number 1 spot. 1D were knocked off Number 1 by the one and only Dappy with No Regrets. “Changed man now.”

Story Of My Life entered at Number 4 and fell for the first month of its chart story back in November 2013, before leaping back up the Top 10 for an eventual peak of Number 2. It was almost a fourth Number 1, but Lily Allen had other ideas, and Somewhere Only We Know jumped ahead of One Direction to take the top spot.

CHART FACT: Story Of My Life was the ninth consecutive Top 10 for the One Direction boys (if we’re talking about official releases). The run was broken when follow-up single Midnight Memories reached Number 39.

The boys’ third biggest seller was their second chart-topper, coming just over a year after What Makes You Beautiful. 1D slowed things down a bit on this Ed Sheeran-penned number, again making us feel better about our lumpy, bumpy bits, and shoved Robbie Williams’s Candy off Number 1.

CHART FACT: Little Things beat two very good records to the top spot, leaving Bruno Mars’ Locked Out Of Heaven and Little Mix’s DNA as mere runners-up in its quest for gold. And who knocked it off the top? Fellow X Factor graduate Olly Murs with Troublemaker!

4: One Way Or Another (Teenage Kicks)

When you’re doing a cover version, why stop at one song when you can do two? In an inspired mashup, and all in the name of charity, 1D threw Blondie’s ode to being a massive stalker and the Undertones’ tale of unrequited love into a pot of pop amazingness and came up with yet another Number 1 single!

The tune was the official song for 2013 Comic Relief and landed the fivesome another nomination for Best British Single at the BRIT Awards.

CHART FACT: Blondie’s original One Way or Another was never a single in the UK, so didn’t chart. Undertones’ version of Teenage Kicks reached Number 31 in 1978. 1D’s mashup lasted a week at Number 1 before Justin Timberlake’s Mirrors nudged its way to the top spot, beating Pompeii’s Bastille to it.

The lead single from the band’s third album Midnight Memories was a Number 2 hit for the band, and has possibly their best video ever. Avicii’s mega hit Wake Me Up refused to budge to make room for 1D, sadly.

Aside from their latest single Drag Me Down, three official singles miss out on a Top 10 placing; You & I, Midnight Memories and Gotta Be You, the latter of which is the closest behind Night Changes by 40,000 copies.

Meanwhile, Live While We’re Young - the lead single from sophomore effort Take Me Home - misses out on a Top 5 slot by 39,000 copies.

Where did your fave come on the countdown? Should it have been higher or lower? Tell us the story of your life on on Facebook and Twitter.

Listen to One Direction's Official Top 10 biggest selling singles below: