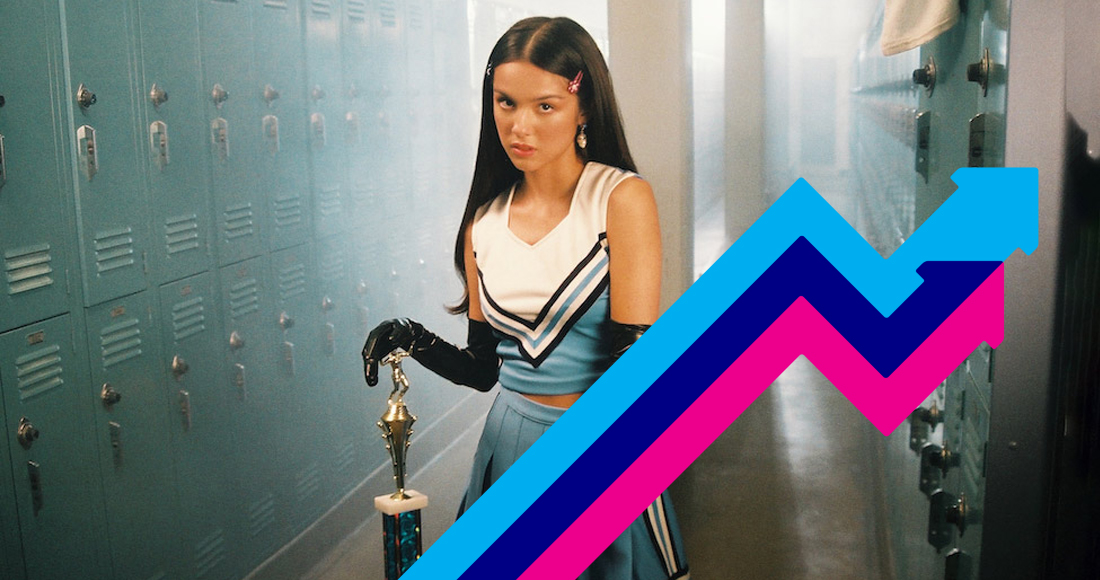 Olivia Rodrigo’s new single Good 4 U flies straight to Number 1 on the Official Trending Chart, as it speeds towards a Top 10 debut.

Olivia’s fiery third single and the latest release from her upcoming album Sour - set for release this Friday (21 May) - the pop-rock anthem has already racked up over a million UK streams in its first three days.

It looks as though 2021 is going to be Olivia's year, with two Top 20 singles already under her belt including Driver's License which spent nine consecutive weeks at Number 1 on the Official Singles Chart.

Elsewhere on the Official Trending Chart, the post-BRITs uplift for Griff's Black Hole continues, currently up another 13 places up the Top 40 this week. Similarly, Elton John and Years & Years cover of Pet Shop Boys' It's A Sin is still climbing and could enter the Top 40 for the first time this Friday. Proceeds of this new recording of the track are benefitting the Elton John AIDS Foundation.

J Cole earns two spots in this week's Top 20 with My. Life and Amari, fresh from his new album The Off-Season, as does Jorja Smith who released a brand new 'project' of non-album tracks, Be Right Back, last Friday. See this week's Official Albums Chart Update highlights here.

Among a heap of brand new entries, TikTok icon Bella Poarch offers up a catchy pop hit in the form of her debut single Build A Bitch, whose official music video claimed 45 million YouTube views globally in its first three days. Other new entries include tracks from Nicki Minaj, Fredo and Katy Perry.

This week's Official Trending Chart is jam packed with brand new entries and massive climbers, so make sure to give it a listen on Spotify below, Deezer, or Apple Music.