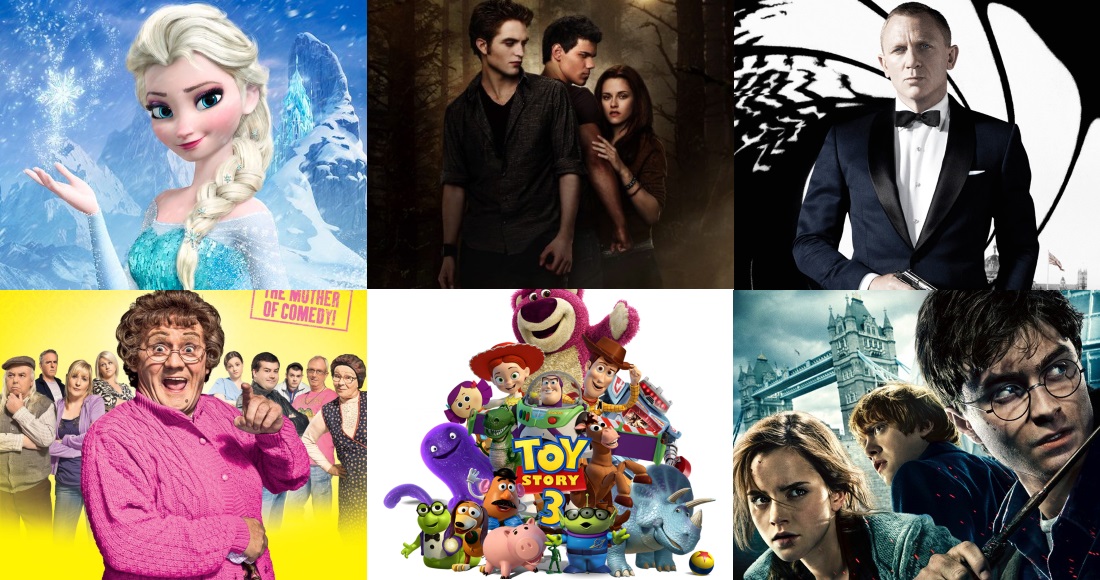 Frozen is the biggest selling DVD and Blu-ray of the decade so far, Official Charts can reveal.

Disney’s animated musical - which tells of the chilly adventures of Elsa, Anna, Kristoff and Olaf the snowman - has sold 4.26 million copies since its release in March 2014, according to Official Charts Company data.

Frozen, which had massive opening week sales of 820,000, was also the biggest selling video of 2014 and as things stand, is the only video to pass the 4 million sales mark since 2010.

At Numbers 2 and 3 on the decade’s best-sellers list are Avatar and James Bond film Skyfall, both of which have sold over 3 million since their video release (3.82 million for Avatar and 3.12 million for Skyfall).

Fourth on the tally is Despicable Me. The first instalment of Universal Pictures' animated comedy has sold 2.85 million since its DVD release in 2011. The sequel also makes an appearance on the Top 40 list, at 16 with 1.99 million copies sold.

Rounding off the Top 5 is Harry Potter & The Deathly Hallows – Part 1. The film, which has sold 2.8 million copies on DVD/Blu-ray, is the 7th biggest selling Harry Potter video overall. Part 2 of the movie – the franchise’s final instalment – is only two places below at 7 with 2.7 million sold, while the Complete Collection is at Number 34 on 1.53 million.

Elsewhere, the first three of the four Twilight movies make the Top 40, with 2010’s New Moon being the biggest seller on 2.23 million, and the only TV series to make the Top 40 is series one of Mrs Brown’s Boys at 22 (1.82 million sold).

The Official Top 40 Biggest Selling DVD/Blu-rays of the decade so far are: