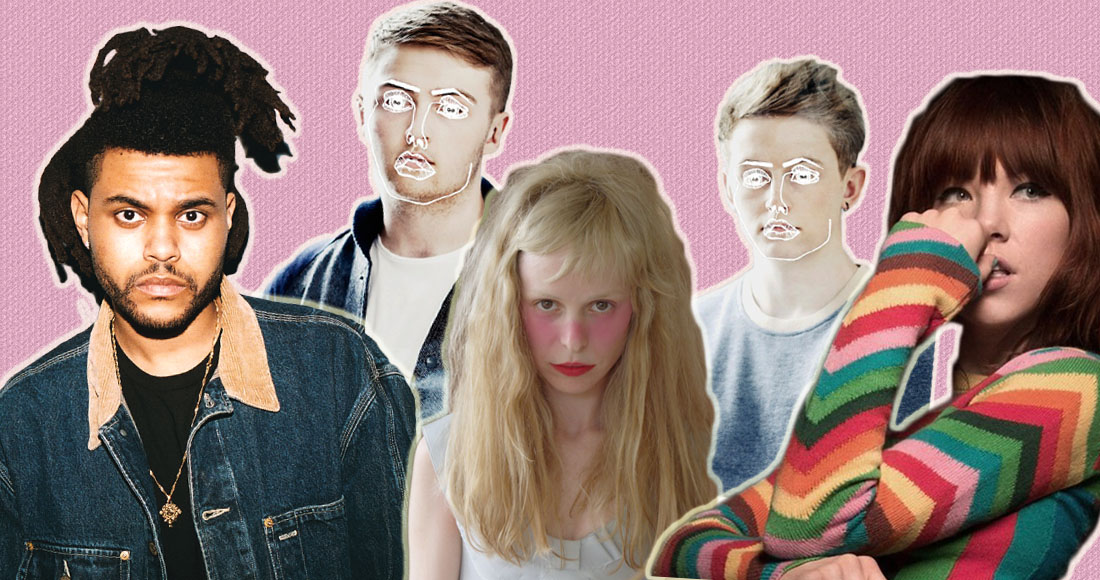 At Official Charts, we get to hear a lot of music. Collectively, we love it all, but we can't all like the same tunes.

While we wait to find out who's finished as the top sellers of the year, we thought we'd share our favourite albums and singles of the year. The rules: we could only pick ONE of each (this was agony) and the title had to be released in 2015. Here goes...

Of all the transformations from Disney princess to popstar, Selena's is shaping up to be the most interesting. Leading out her coming-of-age album Revival was this slick, sultry track, whose breathy vocals and sexily dark undertones wouldn't feel massively out of place on a Lana Del Rey album. Kind of. Extra points for the haunting chanting during A$AP Rocky's cheeky guest rap. (Justin Myers, Freelance Online Editor)

Jason Derulo – Want To Want Me

By far my favourite pop song of 2015. It's a straight-up party pop banger, and the chorus is massive. I just love it! (Danny Lovett, Chart Operations Executive)

Demi Lovato - Cool For The Summer

Demi shook off the self-help schtick and embraced the sexy 'n' sweaty for the lead single from her fifth studio album, the bi-curious banger Cool For The Summer. Helmed by pop genius Max Martin, not only was it my pool (okay, house) party staple throughout the summer, it includes one of the best pop lyrics of 2015: "Shh, don't tell your mother..." (Rob Copsey, Editor)

Drake is the biggest dork in music and this is one big, unabashed celebration of his dorkiness. Hotline Bling has provided support and inspiration to bad dancers all over the world, many of whom now think their sub-standard moves are somehow socially acceptable, and the song itself is a heady mix of the cha-cha-cha and a steamy r’n’b slow jam. Also, the video clearly takes its cue from the LED lighting outside The National Theatre.  Drake, the answer is 'I DO', just in case you were wondering. #thirsty (April Clare Welsh, Freelance writer)

A pure pop banger with a massive, dancey chorus and a middle eight featuring sax and clicks. What’s not to love? More of this in 2016 please PM. (Louise Frodsham, Chart Operations Executive)

How do you follow up an accomplished, sophisticated pop debut? Put out an album packed with bangers, that's how! From the very first note, Every Open Eye is relentless and euphoric, with twists and turns all over the place and a set of choruses that any popstar would kill to have just one of in their back catalogue. The breakdown on Clearest Blue, especially, is amazing. Demand it at your local disco immediately. (Justin Myers, Freelance Online Editor)

Every song on this album is ludicrous. (Danny Lovett, Chart Operations Executive)

Second albums are tricky enough, not least when you've been branded a one-hit wonder, as Carly Rae Jepsen had been with 2012's mega hit Call Me Maybe. E-MO-TION's lead single I Really Like You could be seen as a bit of a lazy attempt at re-hashing her glory days, but don't be fooled, because the rest of the of the album is pure pop gold; a collection of songs about love and relationships of the unrequited and often embarrassingly desperate kind we've all been through, told via the medium of ludicrously catchy choruses with unnerving honesty. (Rob Copsey - Editor)

Neck Deep – Life's Not out to Get You

Excellent second album from this Welsh lot. It picked up from where Wishful Thinking left off with more catchy and energetic pop punk. (Gus Hully, Senior Analyst)

The boys said they wanted their second album to be a collection of structured pop songs with that signature Disclosure house/garage feel. They nailed it. Caracal showcases a more mature approach to song writing than their 2013 debut Settle, and I particularly love how they – and their guest vocalists – play with imagery and metaphor to refresh overdone pop song themes. Stand out tracks: Holding On, Echoes, Molecules, Moving Mountains. (Louise Frodsham, Chart Operations Executive)

The Weeknd – Beauty Behind The Madness

Abel Tesfaye is essentially the Brian Harvey of alt R&B. He’s a dark, twisted, tortured soul, with a helipad and A LOT of money. This album is literally dripping with gothic drama at every turn and I can actually listen to it from beginning to end without getting restless and switching to something else. WELL DONE THE WEEKND. (April Clare Welsh, Freelance writer)

Elvis Presley – If I Can Dream

To hear it with a symphony is incredible. Elvis has always been a bit of a soundtrack to my life, growing up listening to his music. I now associate it with my recent appointment here at Official Charts – representing a really positive time in my career and personal life. Presenting Priscilla Presley with the Number 1 Album Award in my first week was a real once-in-a-lifetime achievement for sure, and something to tell the grandkids (one day). (Richard Staplehurst, Advertising and Partnerships Manager)

What's your top pick for 2015? Come tell us all about it on Facebook, Twitter, or if you're feeling extra friendly, hit us up in the comments below.